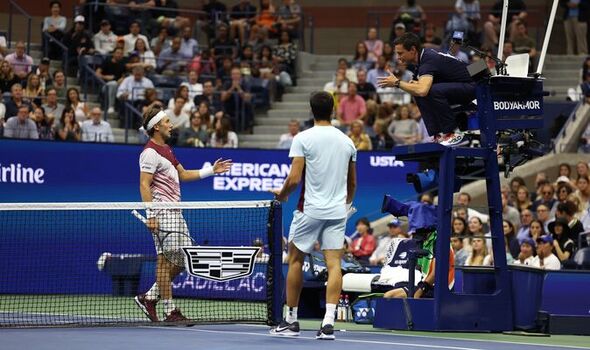 Casper Ruud showed sportsmanship despite being a break down to Carlos Alcaraz in the US Open final first set as he gifted his opponent a point following a blunder from the chair umpire. With the Spaniard serving at 4-3, the fifth seed got to a ball too late and returned it after the second bounce, with umpire Nico Helwerth failing to call a “not-up”. When Alcaraz hit an error in return, Ruud conceded the point.

Ruud and Alcaraz are not only playing for a maiden Grand Slam title in the US Open final, but the winner will also become the new world No 1. With huge achievements at stake, the 23-year-old showed his sportsmanship as he conceded a point to his opponent who was already in the lead.

After multiple break points came and went in the opening few games, it was the third seed who got the first and only break of the opening set to get himself closer to the US Open title and top ranking. And with Alcaraz serving with a break-lead at 4-3, he lost a point as the umpire failed to call “not-up” on one of Ruud’s shots when the world No 7 failed to reach the ball before its second bounce.

The 19-year-old dumped his return in the net, expecting a call to come, and shrugged in disbelief when the point was called in favour of the Norwegian. But Ruud was equally as confused, as he approached the umpire’s chair and officially conceded the point, confessing that it was a not-up.

JUST IN: Federer retirement ‘hope’ set out by Roddick in ‘high levels’ warning 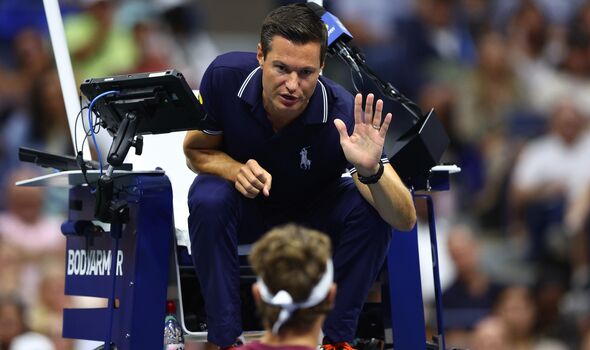 “Ladies and gentlemen, Mr Ruud has just confirmed that the ball bounced twice. The point goes to Mr Alcaraz,” Helwerth announced to the crowd, correcting his original call to put the Spaniard 15-0 up.

Alcaraz continued to hold until the end of the set, taking a 6-4 lead in what is his maiden Grand Slam final. And it wasn’t the first time that Ruud showed his sportsmanship against the 19-year-old in a big final. 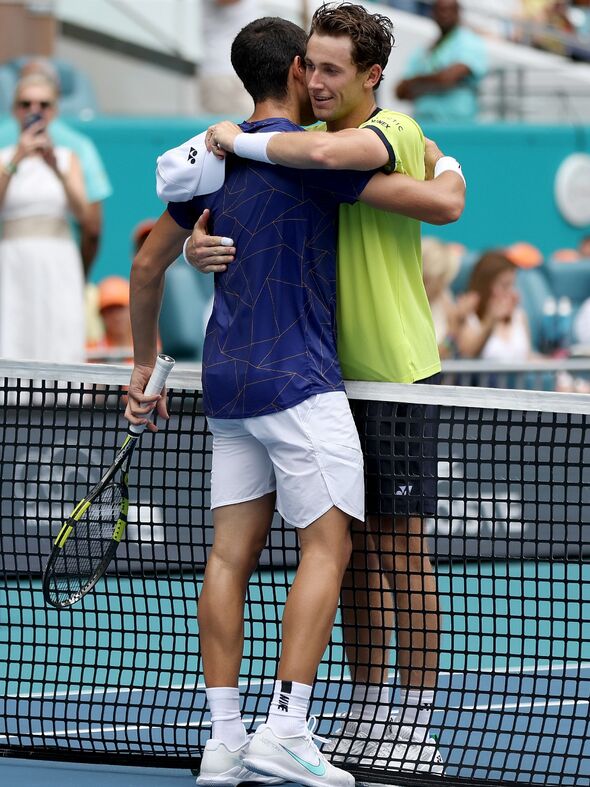 The pair faced off in what was a maiden Masters 1000 for both of them at the Miami Open earlier this year, with Alcaraz winning in straight sets. When the Spaniard had a second serve at 3-4 in the first set, he noticed one of the balls was flat and informed the umpire, who changed it over for him.

Alcaraz was still supposed to have a second serve as he returned to the baseline but Ruud asked Aurelie Tourte to give him a first serve back following the brief delay during the issue with the tennis balls. “If you want to play a first serve, that’s up to you,” the umpire told both players as the world No 7 responded: “He can have a first serve, it’s okay for me.”