Coco Gauff has admitted that she “turned away” when Serena Williams began to cry before retiring from her Wimbledon first-round match against Aliaksandra Sasnovich. Gauff made light work of her return to Wimbledon in defeating Britain’s Francesca Jones on Tuesday afternoon.

It gave her the evening off to watch some of the action at Wimbledon for the rest of the day.

And the teenage prodigy was in the gym working out while Williams took to Centre Court to face off against Sasnovich.

The 23-time Grand Slam champion got off to a strong start with a break of serve, but things soon began to unravel when she began to limp after appearing to suffer an ankle injury.

Williams battled on but it was clear the pain was causing her some real issues as Sasnovich levelled the match. 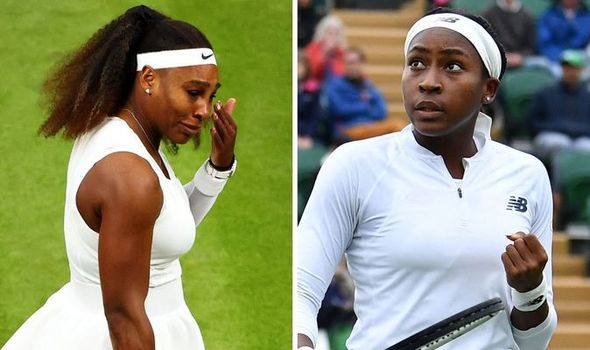 The Centre Court crowd were showing their support for Williams in trying to help her fight through the pain, but tears soon began to fall down the American icon’s face as the realisation that she couldn’t continue settled in.

Emotional scenes followed as Williams accepted that she needed to withdraw from the match before limping off the court to a standing ovation from the crowd.

And Gauff admits watching her childhood hero go through something like that was too hard to watch.

“With Serena, I mean, it was hard for me to watch that,” she said.

“I’m a big fan of her, even though I’m a competitor now.

“But she’s the reason why I started to play tennis. It’s hard to watch any player get injured, but especially her.

“Actually I turned away. I was in the gym actually stretching. I turned away because stuff like that makes me, like, really emotional.

“I mean, I wish her the best. I wish that hopefully she can have a speedy recovery. Yeah, you could tell she was really emotional.

“Nobody ever wants to retire, but especially at a Grand Slam, a place as special as Wimbledon after waiting two years to come back. 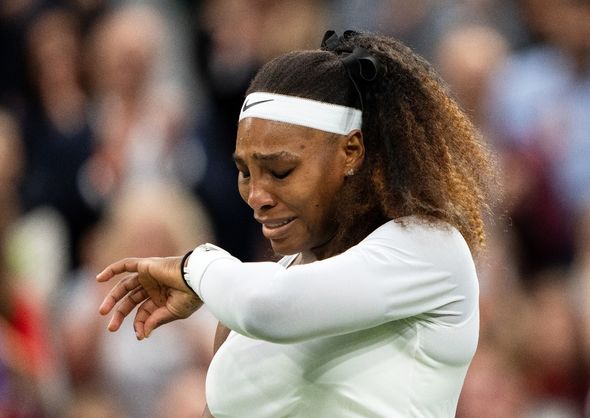 “The only thing I can do is wish her well wishes and hope she’ll be back in time for the hard court season.”

Williams’ injury raised more concern about the conditions of the courts at Wimbledon with a host of players struggling to keep their footing.

Gauff had similar issues in her first-round match, but the 17-year-old insists that is the nature of grasscourt tennis.

“I didn’t realise this till after the match, but my coaches were telling me when I was going to get my towel, the ground was super wet in the back so it was causing my shoes to get wet; therefore, I was slipping a little bit,” she added.

“Also, that’s just in general. No one is really used to moving on grass because the season is so short. People are bound to have slips and falls.”

Naomi Osaka has my sympathy but her stance could be harmful