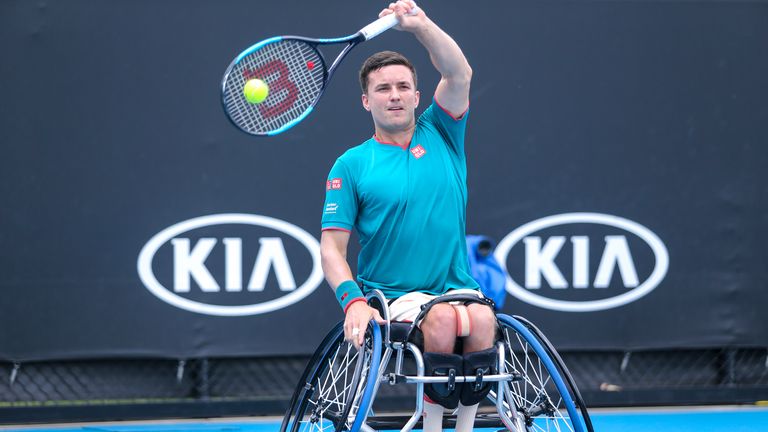 Scotland’s reigning Paralympic Wheelchair Tennis champion Gordon Reid has heaped praise on the LTA for their support during the coronavirus lockdown.

Like others from across the world of sport, Reid and his fellow players on the GB Wheelchair Tennis World Class Performance Programme have been adjusting to new ways of training from their own homes.

Now, attentions are firmly focused on future tournaments once the sport-wide enforced shutdown is lifted, chief among them the rearranged Tokyo Paralympics in 2021 where Reid will defend his titles.

“The LTA have been great in providing us with equipment and support so we can continue training at home for as long as we need to,” said Reid, who is the world No 5.

“I’ve been sent a set of rollers and have my tennis chair set up on those so I can do my cardio, and then there’s a pull-up bar and TRX suspension cable kit, so I can do quite a lot of exercises on that, too.” 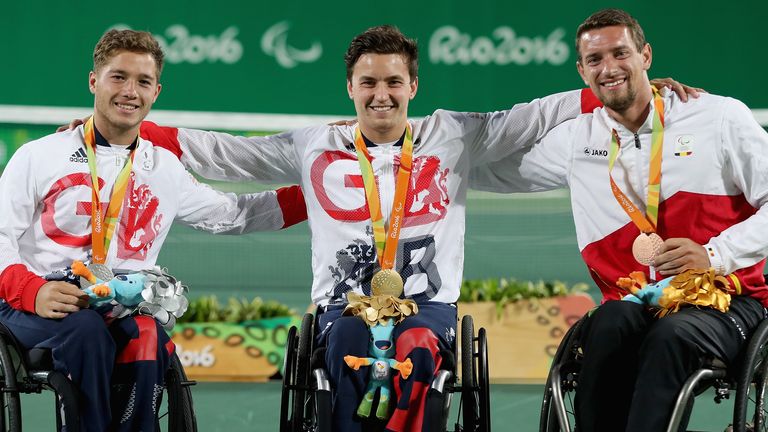 Crowned Britain’s first ever Paralympic men’s singles gold medallist in Rio four years ago, as well as silver medallist in the men’s doubles alongside Alfie Hewett, Reid says he has been given a personal programme to assist him in training remotely.

“The best thing I’m finding is the rollers. I realise it’s not a cheap bit of equipment to get and it’s something not a lot of people have access to. It gives me chance to work on pushing technique and strength and power.”

Four years ago, Reid enjoyed the best season of his career, including his first Grand Slam singles titles at the Australian Open and Wimbledon.

With Wimbledon and the LTA’s British Open Wheelchair Tennis Championships now among the cancelled tournaments, Reid is keen to maintain a sense of perspective.

He also says he has much to be grateful to the NHS for, having been diagnosed with the neurological condition transverse myelitis just before his 13th birthday.

“As British players it’s great when Wimbledon and the British Open come around,” the 28-year-old said.

“When your favourite event gets cancelled it’s obviously bad news, but it’s not such a big deal compared to what this virus is doing to people, their health and their family members.

“You have to look at it from the bigger perspective and realise that it’s not a big thing to miss a few events when it’s about saving lives.

“Obviously, the NHS played a big part in my life in my early teens and I’ve got a lot to be grateful to them for, too. My brother Stephen, who’s back home with my parents in Helensburgh, is also a physio for the NHS, so it puts things in perspective.” With no date set for the resumption of the tennis calendar, the recently announced dates for the Tokyo Paralympics has provided clarity after the suspension of a season that had started with four successive doubles titles, including his latest Grand Slam title alongside Hewett at the Australian Open.

He also reached the men’s singles final at Melbourne Park in January and with the new 500 days to go landmark for Tokyo passing this week, Reid said: “It gives me a bit more time to prepare for Tokyo.

“I felt like I was coming back into some good form and was on an upwards trajectory, but this gives me a bit longer to get a bit higher in the rankings and to peak at the right time.”

Roland Garros has rescheduled dates for the French Open in September and should the event go ahead it would give Reid and Hewett, the three-time Wimbledon and US Open champions, the opportunity to try and complete a career Grand Slam of men’s doubles titles together.

But for now, away from an intensive training programme, Reid is finding plenty of ways of keeping busy.

How Cameron Norrie can beat Novak Djokovic in Wimbledon semi-finals

Serena Williams aiming for the spectacular at US Open 2022