John McEnroe has expressed regret that former rival Bjorn Borg did not stick around in the sport to spur him onto more Grand Slam success in the way that Novak Djokovic and Rafael Nadal have done for each other. The latter duo are still battling to finish their careers at the top of the all-time Grand Slam charts, with an astonishing haul of 43 between them.

Nadal and Djokovic have both been scooping up major titles for well over a decade, with the former’s first coming at Roland Garros in 2005 and the latter’s at the Australian Open three years later. The duo, with a combined age of 71, are now in a race to retire with the most titles of all and Nadal currently leads by one.

McEnroe has admitted that despite his famous rivalry with Jimmy Connors, another enduring one with Borg would only have enhanced his career. When asked whether it could have spurred him onto more than the seven Grand Slam titles he finished with, he responded: “Absolutely.

“It would have been better for me and the game. It was just a huge hole. Novak Djokovic and Nadal have played 59 times now, which is a crazy amount of times. Borg and I only played 14. It was a damn shame.”

DON’T MISS: Andy Murray hits back at critics calling on him to retire with warning to US Open rivals 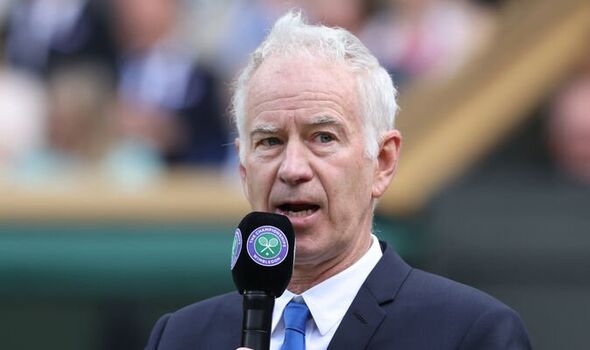 Nadal and Djokovic’s head-to-head record is just as close as their Grand Slam race. The Serb just about holds the edge with 30 wins to Nadal’s 29, with the Spaniard winning three of the last four.

Djokovic has been battling through a disadvantage over the past 12 months as his Covid vaccine stance left him unable to compete at the Australian Open and he could be set for the same fate at Flushing Meadows later this month.

Pressure is piling up on US President Joe Biden from some politicians who feel that Djokovic should be allowed to compete. The 35-year-old remains unmoved in his beliefs and claims that there is no chance of getting jabbed in the future, despite the notion that it could disrupt his bid to top the all-time Grand Slam charts.

Along with Roger Federer, ‘the Big Three’ have set a standard for tennis with many noting their class both on and off the court. McEnroe, meanwhile, was known for his fiery demeanour and the American claims that such calm and composed competitors are exceptions to what he normally sees in the sport. 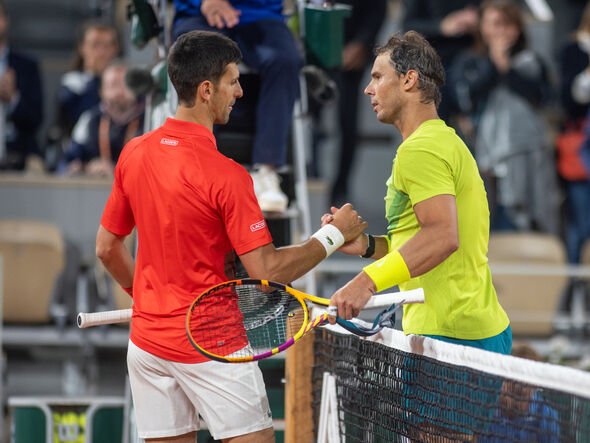 “Rafael Nadal has claimed he’s never broken a racket in his life,” he added. “Generally, I think people are, as far as tennis goes, more like me and [Jimmy] Connors than [Bjorn] Borg, who never showed any expression.

“It’s a very frustrating game that it’s hard not to get emotional about. I’d be, like, ‘I’m gonna go practise and be like Borg for two hours,’ and that would last, like, five minutes. It just wasn’t in my DNA.”