Daniil Medvedev has warned his rivals that missing Wimbledon has helped his preparations for this month’s US Open. The world No 1 was banned from competing at SW19 this summer, following the controversial stance taken by the All England Tennis Club on Russian and Belarusian players amid the ongoing war in Ukraine.

In his absence, it was Novak Djokovic who took the title, beating Nick Kyrgios in the final to claim his 21st Grand Slam crown. That ended Rafael Nadal’s hopes of a calendar Slam, with the Spaniard forced to withdraw before his semi-final with Kyrgios due to injury.

Ironically though, the decision to strip the Championship of ranking points inadvertently benefited the ranking of Medvedev, 26, who regained top spot. And the star didn’t seem to be longing for the grass-court event when he spent men’s final day watching the Austrian Grand Prix.

But he will head to Flushing Meadows as defending champion, having surprisingly beaten Djokovic in straight sets in the final last September. It represented a first major title for the Russian, and also scuppered the Serbian’s hopes of winning all four major titles in 2021. 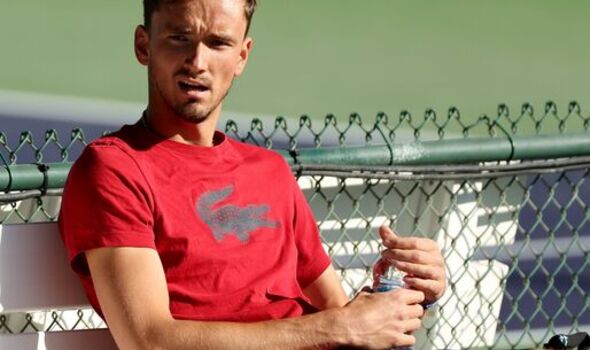 And speaking ahead of the Montreal Masters on Monday, Medvedev told reporters that events this year will work in his favour for New York: “I’ve made a very good preparation block for the US Open Series, which normally you cannot do because you play Wimbledon, he said. “I was able to do it. Feeling 100% physically, mentally ready.”

Indeed, Medvedev is fresh off the back of winning a tournament in Los Cabos in Mexico, beating Britain’s Cam Norrie in the final. And he added: “Really happy with Los Cabos for sure with the title.” 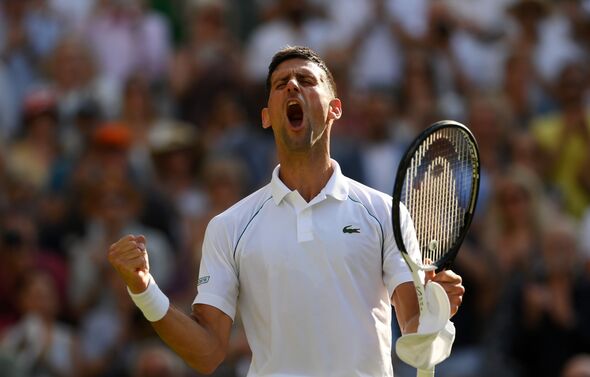 His campaign in Canada is set to get underway tomorrow, with his last 32 opponent to be confirmed. The US Open will get underway on Monday, August 29.

Medvedev’s chances are set to be boosted by the likely absence of Djokovic. His refusal to be vaccinated against Covid means he cannot currently travel to America.