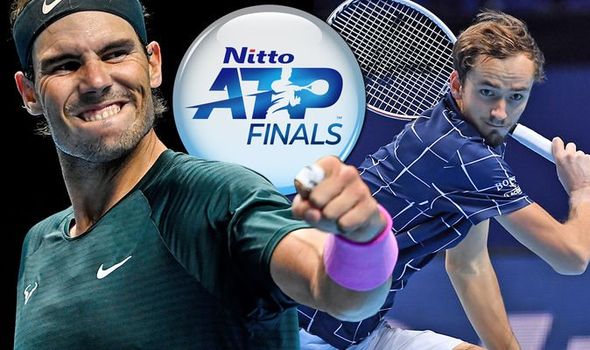 Daniil Medvedev insists he is going into his ATP Finals semi-final clash with Rafael Nadal high on confidence after a perfect record in the group stages. The Russian didn’t even drop a set in clashes with Novak Djokovic, Alexander Zverev and Diego Schwartzman.

Medvedev completed the set in Group Tokyo 1970 with a 6-3, 6-3 dismantling of Argentine Schwartzman at the O2 Arena in London.

The 24-year-old – who has won eight ATP singles titles including three Masters 1000 events – is looking to claim what would be the biggest crown of his career.

And the world No 4 is in blistering form having impressed in his defeat of Djokovic, a five-time winner of this year-end tournament, in his second of three group matches.

Having beaten the world No 1, he must get the better of world No 2 Nadal in the final four if he is to set up a showdown with either Djokovic or Dominic Thiem in the final. 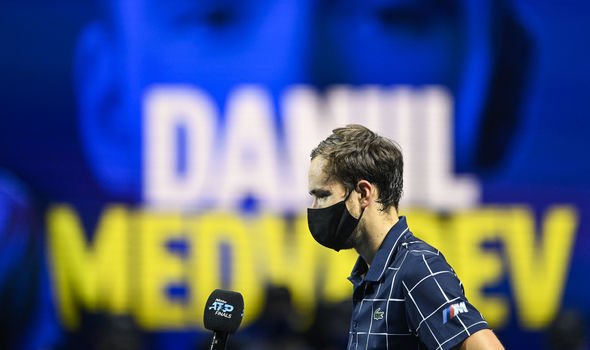 Nadal, a 20-time Grand Slam champion, is still looking to win his first ever Finals and Medvedev has warned him that he will be going into their duel in high spirits.

He also repeated his claim that he is relishing a showdown with one of the ‘Big Three’ having spoken about how much he loves playing Djokovic, Nadal and Roger Federer following his win over the Serbian earlier this week.

Speaking after his victory against Schwartzman, Medvedev – who has never beaten Nadal in three career meetings so far including a thrilling 2019 US Open final – said: “I was playing great the two previous matches. I think it’s always good to stay undefeated for the confidence.

“I wanted to win the match so I’m really happy that I’ve done it. I think I was serving pretty good today so that helped a lot throughout the match.”

He added: “Yeah I like playing all of the three. When I was so young, just starting to hold the racquet and just starting to be interested in tennis actually because I was not watching it when I was like five or four. 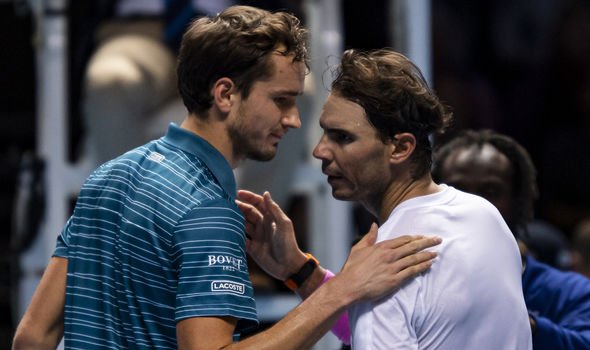 “I started to see Grand Slams and stuff. First it was Roger winning everything then Rafa came in there and started to make his mark. Then it was Novak.

“It’s a great pleasure to play against all of them. I’m really looking forward to tomorrow.”

He said: “This is the dream semi-finals, you have the three Grand Slam champions because we didn’t play Wimbledon this year.

“On top of that you have the hottest player on Tour right now, Medvedev, who won in Paris.

“Thiem knows he’s a Grand Slam champion, Medvedev wants to be a Slam champion and you’ve got the No 1 and No 2 players in the world.

“This is a perfect finish to the season considering what everybody’s had to go through this year.

“I’m leaning towards this guy called Daniil Medvedev at the moment, I’m just super impressed with him.

“I’m just thinking this could be his year to win the title. Despite his head-to-head, there’s something I saw in his match with Novak Djokovic, I’m leaning towards him.

“Can any of the four guys win? Of course they can. But who has played the best so far at this event? That’s been Medvedev, in my opinion.

“He is my favourite in my opinion to win this tournament the way he’s playing.”