British teenager Emma Raducanu is one step away from a place in the US Open main draw after coming through the second round of qualifying.

The 18-year-old dropped just three games as she rolled over Holland’s Bibiane Schoofs 6-1, 6-2 in the first round but was made to work harder for the win against Mariam Bolkvadze of Georgia.

Her 6-3, 7-5 victory sets up a final qualifying match against Egyptian Mayar Sherif. 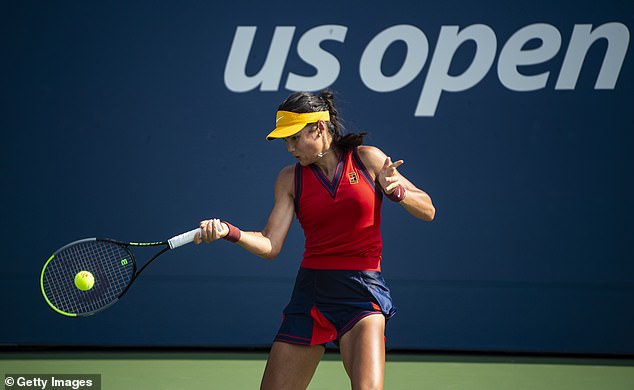 Emma Raducanu beat Holland’s Bibiane Schoofs 6-1, 6-2 in the first round of qualifying 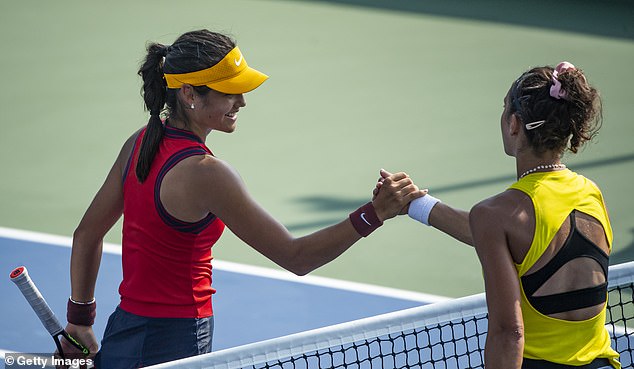 Also through to the final round of qualifying is Harriet Dart who prevailed over Lucrezia Stefanini 7-6 (1), 7-6 (5), the first set seeing 10 breaks of serve.

Dart will go on to face Viktoriya Tomova while Katie Boulter will next play Kristina Kucova after beating Vitalia Diatchenko 6-2, 5-7, 6-4.

Liam Broady’s US Open hopes were dashed by Marco Trungelliti who won 6-4 6-4. 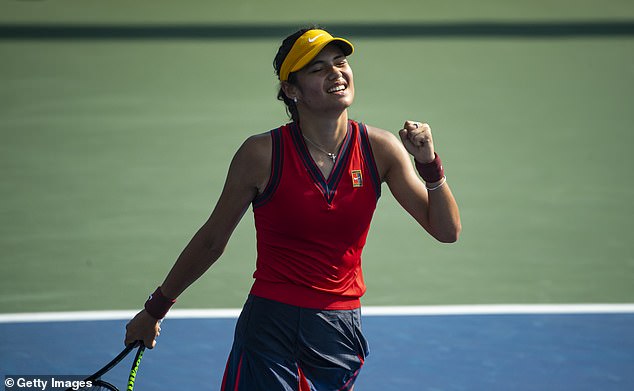 'Sometimes the anger comes out of control': Hantuchova on Djokovic