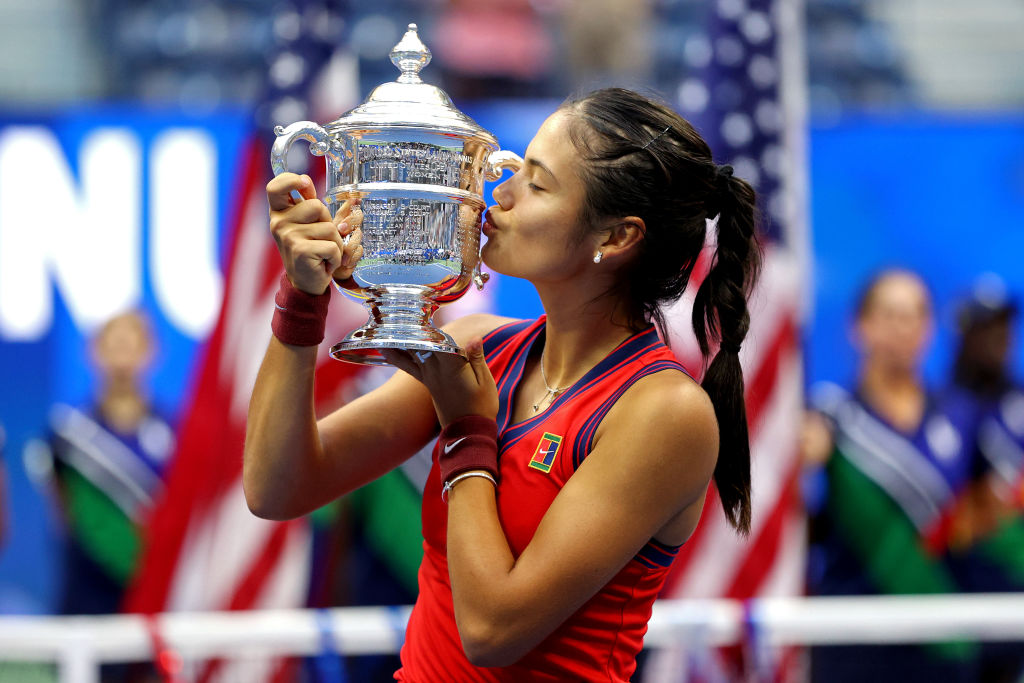 Emma Raducanu says she had to dig deep to hold on and win a historic US Open title after beating Leylah Fernandez in a pulsating final.

The 18-year-old Briton sealed a 6-4 6-3 win over the Canadian to become the first British woman to win a major singles title in 44 years.

There was a nervous moment shortly before championship point however when Raducanu suffered a cut on her knee when sliding across the surface as she attempted to run down a shot.

After a brief medical timeout to get patched up, she returned to serve out in style.

‘Leylah is always going to play great tennis and goes to fight, that is just the competitor she is and that is why she’s here in the final,’ Raducanu said.

‘I knew I would have to dig deep and I fell somehow.

‘I thought it would throw myself off balance really, because I was going to have to serve.

‘I was praying to not double fault! We got through it.

‘I think staying in the moment and focusing on what I had to do and keep my process really helped in those tough times.’

With Saturday’s triumph in New York, Raducanu also becomes the first ever qualifier to win a Grand Slam and the first British woman since Virginia Wade in 1977 to win a major.