You don’t have to turn back many pages in the US Open history books to find the last teenager to storm to glory in New York. A 19-year-old Bianca Andreescu won the women’s singles title in 2019 and her glory carried a similarly seismic feel to Emma Raducanu’s success this week, even if the tremors were not felt so keenly on this side of the Atlantic. The Canadian’s straight-sets win over 23-time Grand Slam champion Serena Williams seemed like a changing of the guard, the trophy presentation like a coronation for a potential new queen of women’s tennis.

​​The comparisons between Andreescu and Raducanu run deep – both were born in Canada, both have Romanian parentage, and both credit their prodigious talent to themes of hard work and sacrifice in their upbringing – and so perhaps Andreescu’s journey since her own extraordinary night two years ago is a useful place to start before saddling Raducanu with the weight of our expectations.

Having been a dominant junior player, Andreescu already garnered more hype than most teenagers when she won the US Open. What followed was a frustrating year of injury and a tumble down the rankings; then a bout of coronavirus, first-round exits at the French Open and Wimbledon and a split with her first coach and agent; she appointed a whole new team centred around agent Max Eisbenbard and coach Sven Groeneveld, both of whom had experience working with another teenage star, Maria Sharapova. Andreescu’s reboot remains a work in progress and a fourth-round exit at this US Open showed she is still some way from recapturing the form of those whirlwind weeks two years ago.

Andreescu is only 21 but is already on the second chapter of her career. That is not to say that she has failed – far from it, she is back in the world’s top 10 with three titles to her name. But perhaps when the dust settles on Raducanu’s almost incomprehensible glory, the challenges of Andreescu might help frame a more realistic picture, that Raducanu is entering a supremely competitive environment where for most the lows of losing matches are a far more common reality than the highs of lifting trophies.

Iga Swiatek is another worthy comparison after the Polish 19-year-old won the 2020 French Open without dropping a set. Swiatek’s combination of rich talent and charisma sparked a national clamour in her homeland which consumed her; she has only reached one quarter-final in the six Grand Slams since, and her return to Roland Garros came unstuck with a flurry of errors unrecognisable from the player who had dominated the Parisian clay 12 months earlier.

But perhaps most revealing is the experience of Latvia’s Jelena Ostapenko, who was just a teenager at the start of her dream run at the French Open in 2017, turning 20 on the day she won the semi-final before lifting the trophy two days later. Ostapenko’s serve collapsed in 2019 when she was knocked out of three Slams in the first round, and she is still plotting her recovery. She has not been past the third round of any major for more than three years.

Now 24, Ostakpenko reflects candidly on the reality of sudden stardom as a young tennis player. “All my life changed,” the Latvian recently said of winning the French Open. “When I came back home I saw the red carpet from the window of the plane, and I asked the crew ‘can I stay in the plane?’ because I felt so much pressure. All the people were waiting for me in the airport, my fans, and it was great of course, but I didn’t realise straight away what I did, that I won such a big tournament. It took me some time to deal with the pressure.”

The ease with which she sliced through the French Open field was replaced by a heaviness that was hard to shift. “The pressure feels like your legs weigh 200 kilos… your hands become slow. It was very hard because every player that played against you wanted to beat you. [Young success] is good because it gives you motivation to know you can win, but it’s bad because you are not ready for it. I came without any expectations, I was not even seeded, and then I started to be more popular, more attention, so all together it was so much pressure.” 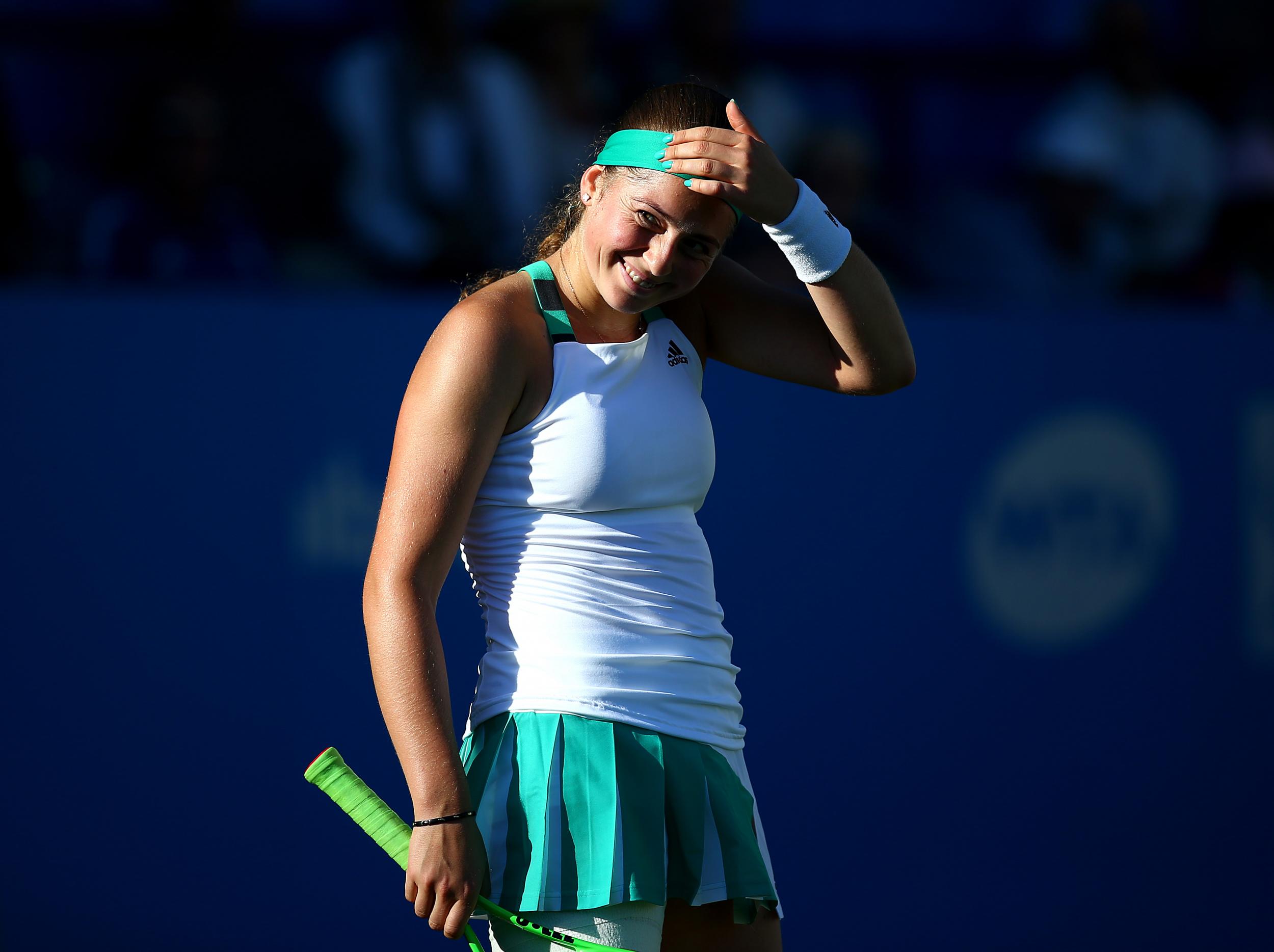 Ostapenko felt the weight of expectation

Her first return to Paris was “very sad” as she exited in the first round in front of a packed Court Philippe-Chatrier. “When you are favourite people just expect you to win.”

All of which is not to ignore Raducanu’s obvious talent or doubt she can achieve spectacular things in the coming years. She is the 15th teenage Grand Slam winner in the women’s modern era, and a handful of those went on to dominate the sport: the great Evone Goolagong in the early 70s, Chris Evert in the late 70s and early 80s, Monica Seles and Steffi Graf in the 90s, and Serena Williams for much of the 21st century. This might be Raducanu, the next dominant force in the game.

She may do it all again at the Australian Open in a few months’ time, or at Wimbledon next summer when the nation’s gaze will be at its most intense. But history suggests it is more realistic that she may not win another Slam for some time, and that she will have to travel through adversity and come out the other side before she lifts another major trophy. If and when that time comes, it will mark a different kind of success to this maiden victory, showcasing her ability to come again in an era of women’s tennis more open than ever, when almost anyone in the draw can win a tournament, something that presented a window of opportunity for Raducanu in New York but which will now become a challenge to overcome as she returns to court as a prized scalp.

Amid congratulatory messages from the Queen and headlines predicting Raducanu to be Britain’s “first billion-dollar sport star”, now is a good moment for a dose of perspective. Her win came in a vacuum of experienced opponents without facing a top-10 player, not that one would have necessarily beaten her in such unstoppable form. The oft-quoted facts about sitting her A-Level exams only a few months ago have been used to indicate her meteoric rise, but they might equally serve the purpose of keeping Raducanu’s nascent career in context. It is a win that should be cherished without the burden of expectation for whatever comes next.