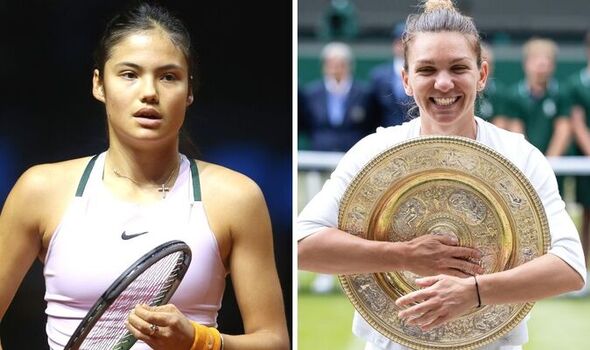 Emma Raducanu is set to work without a full-time head coach in the near future after parting ways with Torben Beltz. Few players have competed without a coach in the past, with one of the exceptions being Simona Halep, Raducanu’s “idol”, but the teenager may want to learn from the former world No 1’s mistakes as she went on to win Wimbledon after re-appointing a coach.

Raducanu has no intentions of hiring a head coach in the short-term after parting ways with Beltz after five months together. “I want to thank Torben for his coaching, professionalism and dedication over the last half a year. He has a huge heart and I have enjoyed our strong chemistry during the time together. I feel the best direction for my development is to transition to a new training model with the LTA supporting in the interim,” she said in a statement on Tuesday.

With the teenager set to go it alone in the near future with guidance from LTA coaches, she will want to learn from the few top players who have also decided to compete without a coach in recent years, and one of those happens to be the woman Raducanu has previously dubbed one of her “idols”.

The two-time Grand Slam champion has twice attempted to take matters into her own hands and travel without a coach but ended up hiring a mentor each time, most recently as early as this month. The first time Halep decided to travel without a coach was in 2019, after her long-time coach Darren Cahill ended his partnership with the Romanian to spend more time at home with his family in Australia.

After reaching the fourth-round of the Aussie Open, where she lost to Serena Williams, the current world No 21 underwent a trial period with Thierry van Cleemput in Doha which was short-lived as she ended their partnership a week later before Dubai. But a month later she hired compatriot Daniel Dobre, who she had worked with before, in what turned out to be a successful move as Halep went on to win Wimbledon that summer, hitting just three unforced errors against Serena Williams in the final.

Cahill ended up returning to the 30-year-old’s team in 2020 and the pair officially ended their partnership at the end of 2021 after travelling to-and-from Australia in the pandemic became too much for the renowned coach. Earlier this year, Halep then split with Dobre and her other team members and decided to work without a coach for the second time.

But it was once again a short-lived stint as she announced earlier this month she would be working with Serena Williams’ coach of a decade, Patrick Mouratoglou, on a short-term basis while the 23-time Major champion was still sidelined with injury. Her decision to hire the Frenchman came after she started training at his academy in Nice.

With Halep quickly abandoning her plans to compete without a coach both times she attempted to do so, Raducanu may want to think twice about attempting to do things herself. But the world No 11 may take a different route and appoint different coaches to help her with different tournaments and tactics, as her father Ian previously admitted he wanted his daughter to have a “coach for every shot”.