Novak Djokovic battled past Matteo Berrettini in a match that saw spectators ejected from Roland Garros midway through as he set up a 58th meeting with Rafael Nadal in the French Open semi-finals.

Fans were allowed into the night session for the first time following a relaxation of Paris’ curfew from 9pm to 11pm, and the match even began ahead of schedule to try to ensure it could be completed in time.

It appeared that would be the case when Djokovic eased into a two-set lead but the third was much closer and the Serbian unexpectedly became tight within sight of the finishing line, allowing Berrettini to push it to a fourth.

That made it inevitable the match would finish later than 11pm and boos rang out when the fans, who had created a very good atmosphere, were told they would have to leave.

The players also exited the stadium to allow the process to take place and it took more than 20 minutes before all the spectators were escorted out of the stadium and play restarted in virtual silence.

Berrettini, who was the beneficiary of Roger Federer’s withdrawal, had come to life with the fans’ involvement, getting the better of Djokovic’s legendary defence with his big serve and forehand.

He matched Djokovic until the 12th game, when the Serbian clinched his third match point, roaring with guttural emotion towards his support camp at the end of a 6-3 6-2 6-7 (5) 7-5 victory. 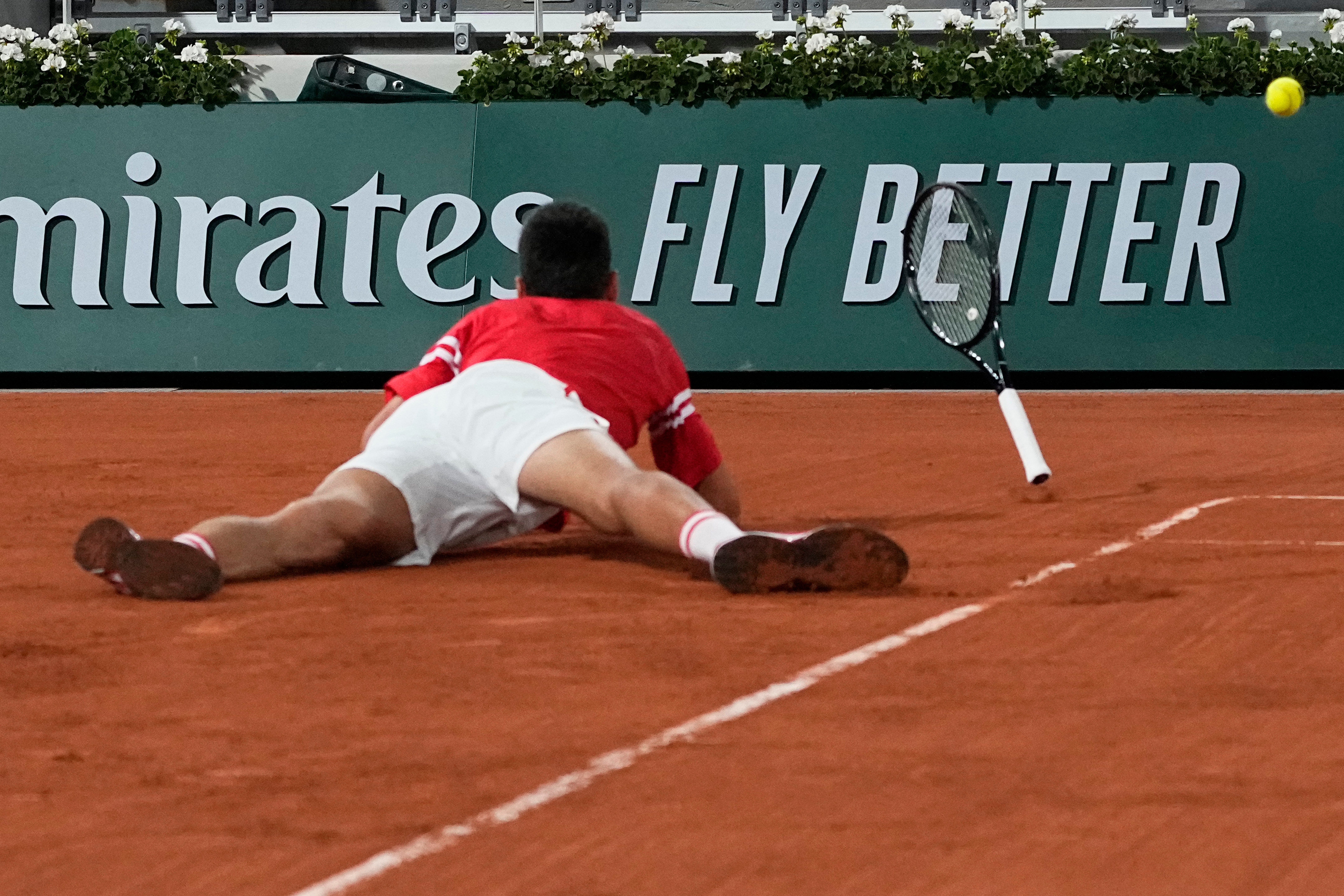 He said: “I didn’t mind actually leaving the court because I felt like I needed a little bit of a break and reset. It’s unfortunate for the tournament, for the crowd, to have that curfew.

“It was a lot of intensity. I just felt under tension the entire time. I felt like I missed some of the chances to end the match in the third set. I didn’t want to give him too much opportunities to dictate the match. The reaction in the end was just me liberating that tension that was building up for the entire match.”

Now, Djokovic must try to do what he has managed only seven times in 26 matches and only once in eight meetings at Roland Garros and beat Nadal on clay. 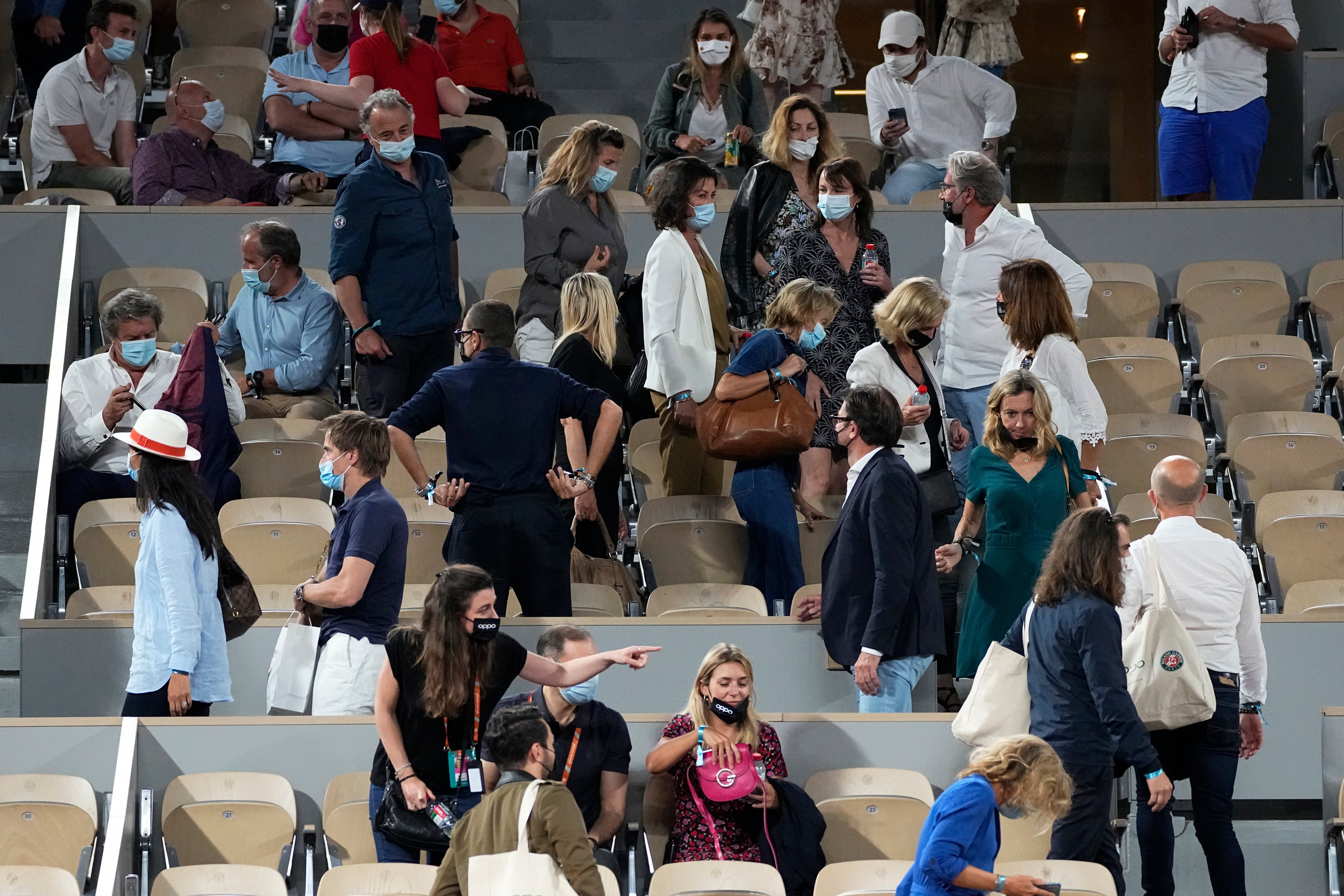 He went into last year’s final as arguably a marginal favourite only to get crushed in the first two sets as Nadal claimed a 14th title.

The Spaniard’s form this year offers little encouragement, although he did lose his first set since the 2019 final in Wednesday’s victory over Diego Schwartzman.

The 35-year-old extended his unbeaten run of matches on the Parisian clay to 35 with a 6-3 4-6 6-4 6-0 victory, and the bad news for the rest of the men’s draw is Nadal has never lost once he has reached the last four.

For a while it looked like the admirable Schwartzman could cause a monumental upset but Nadal responded to a moment of apparent danger by turning up the dial and winning the final nine games.

He said: “I have been in a tricky situation, 4-3 for him in the third set, one set all. Then was the moment to calm myself, to think about the things that I was doing well in practice, just to try to make it happen.

“I’m very proud that in that moment, probably the best level of tennis that I had I showed until the end of the match.

“But it’s normal. It’s not my mindset to come here and just think about losing a set is going to be a disaster for me. That’s part of the game. We are facing the best players of the world. The thing that matters is how you recover from a set lost.” All seemed relatively routine in the first set as Nadal, who extended his win-loss record at Roland Garros to a ridiculous 105-2, kept Schwartzman at arm’s length and then recovered from 3-0 down in the second.

But Schwartzman was succeeding in playing on the baseline, applying pressure on his opponent, and at 5-4 it told as Nadal showed he is human after all with a couple of tense shots on set point.

For seven games in the third set, Nadal almost seemed to be on the back foot, and his next service game appeared a chance for Schwartzman to strike again.

But instead the Spaniard came out with a renewed aggressive approach, won the final three games of that set and then surged through the fourth, dropping just five points.

This was a third defeat by Nadal at Roland Garros in four years for the unfortunate Schwartzman, who said: “I don’t want to be in the same side of the draw next time.

“I think I’m a very good player on clay. I did great tournaments here in Paris, but always losing against Rafa the last few years. In a semi-final, two times quarters. I want to play maybe Nole (Djokovic) next time, but not Rafa.

“I had the chances today maybe in the third. I was close. I was playing a little bit better than him. At the end he’s Rafa and he’s always finding the way.”

Coco Gauff’s Grand Slam pursuit hits a snag, just as it usually does