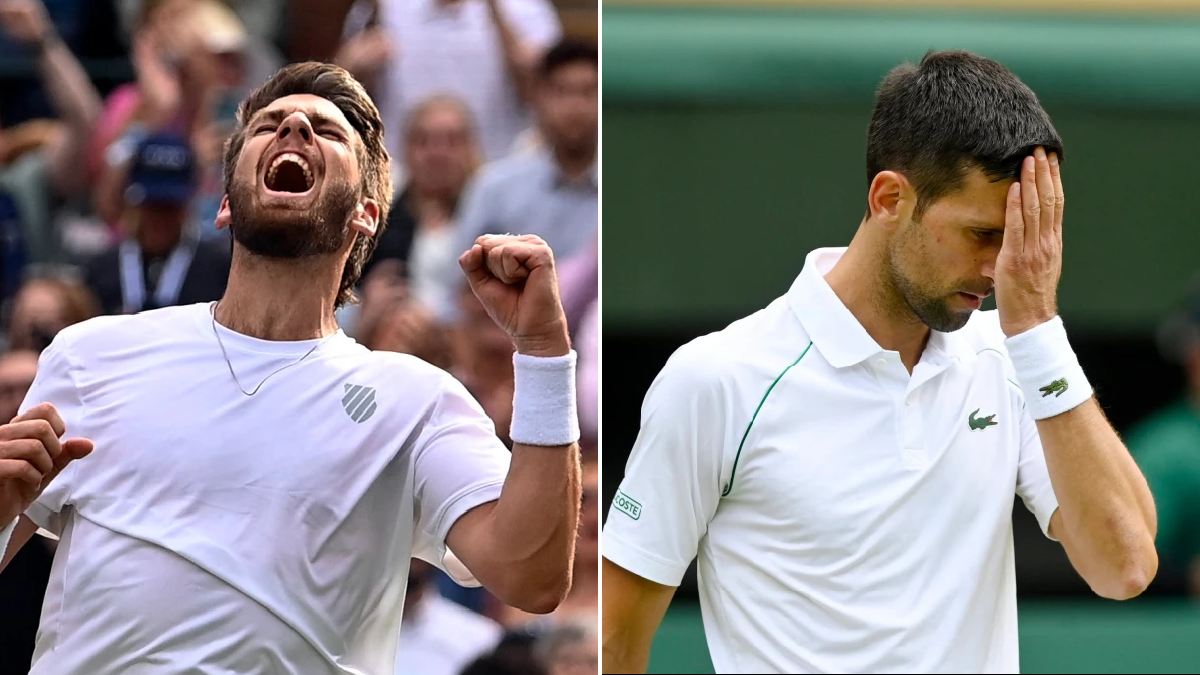 Cameron Norrie faces a daunting Wimbledon semi-final against current champion Novak Djokovic – but how can the Great Britain No.1 beat him?

Top seed Djokovic is hunting down his seventh Wimbledon title having won the last three Championships in a row and is looking to win his first Grand Slam of 2022 after Rafael Nadal won Roland Garros and the Australian Open.

World No.12 Norrie, meanwhile, is enjoying his best-ever run at a major tournament and has reached the last four for the first time, becoming the first man to reach a Wimbledon semi-final since Andy Murray won SW19 in 2016.

British star Norrie, who won Indian Wells last year and has four ATP Tour titles under his belt in total, faces the biggest match of his career against 20-time Grand Slam winner Djokovic – and here are four things he can do to beat the Serbian…

If there is one person who knows how to beat Novak Djokovic, it’s his old rival Andy Murray, who is a good friend of British compatriot Cam Norrie.

Murray and Djokovic have met 36 times – 19 of them coming in finals – with the Scotsman coming out on top in 11 of those clashes.

Speaking ahead of his semi-final clash, Norrie revealed that he would learn some of Djokovic’s secrets from Murray, saying: ‘Andy has been super supportive to me and my team.

‘You know, I’m always practicing with him and always reaching out to him for ideas. He’s super supportive with us. Even before the match [against David Goffin], he came over and he was in the gym and came and said good luck.

‘Obviously he loves tennis so he’s following everything and all the results. I think it’s pretty cool. Yeah, I think not a bad guy to ask about some tactics. I’m going to enjoy today and maybe reach out to him and see what he’s got.’

This one seems obvious, but playing in front of a sold-out British home crowd on Centre Court should be a huge boost for Cam Norrie.

‘I think from the first round everyone has been behind me and supporting me and it’s showed in tough moments in the matches… It was great you guys helped me through it.’

Novak Djokovic has also acknowledged that the home crowd can play a part, saying: ‘Playing here in Wimbledon on Centre Court [in the] semi-finals of a Slam in his country… I know what to expect in terms of the crowd support.’

Cam Norrie has only played Novak Djokovic once before, which came at last year’s indoor ATP Finals in Italy as the latter secured a dominant a 6-2 6-1 victory.

Norrie admits that he found himself ‘overplaying’ during that defeat, saying: ‘I think there were too many free points, too many easy points in there.

‘But I think it comes down a little bit to the fact you’re playing him, and you try to overplay at times. He was too good, very relaxed, he’s playing amazing and the conditions are perfect for him.’

Put his playing style to good use

A crucial tactical advantage for Cam Norrie is that he is left-handed, while Novak Djokovic is a right-handed player.

This means that Norrie is able to serve away from Djokovic’s backhand and is better equipped to attack the Serbian’s backhand during a rally with his forehand.

Norrie is also known for his unorthodox groundstrokes and has previously stated that he enjoys long, physical battles.

‘I know his game well,’ Djokovic said of Norrie’s playing style. ‘Of course I will do my homework and get ready.’

Speaking about his own style of play, Norrie has previously stated: ‘When I am playing physical tennis and making the other guy suffer that’s when I am having success.’

JOHN LLOYD: Alcaraz is just as tough at Nadal – and he's only 19!