Home » Tennis » Inspirational Jones can do it all… except pack for trip Down Under!

‘I had to buy some emergency pyjamas. I only brought one pair with me’: Inspirational Brit Francesca Jones can do it all… except pack for a trip Down Under!

That Francesca Jones is no ordinary qualifier for the Australian Open became apparent on Friday, with the unusual schedule laid out for her.

Unlike anyone else who qualified through last month’s preliminary event, she was asked to do 90 minutes’ worth of interviews for international media keen to hear her story.

The latest chapter for someone who has reached the highest level, despite having only six fingers and seven toes due to Ectrodactyly Ectodermal Dysplasia Syndrome, is to play in next week’s Grand Slam event. Her opening opponent will be the experienced American Shelby Rogers. 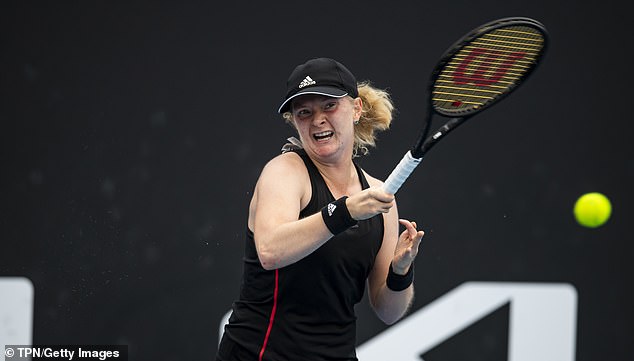 Since emerging from the restrictions of a fortnight of semi-quarantine late last week, she has been taking advantage of eating out in restaurants and doing some emergency shopping. She had to travel straight on from Dubai three weeks ago, where the qualifiers were held.

‘I feel like I am on a different planet over here,’ said Jones, of the freedoms of being in a non-lockdown state. ‘I feel like I’ve gone back to the past or to the future. It’s a great opportunity for players to have a breather.

‘I’ve just been to the shops. I definitely needed pyjamas. That was the main thing — I only brought one pair with me!’

It is probably no coincidence that her talent has been largely honed outside the Lawn Tennis Association system, having attended an academy in Barcelona from the age of 10. Self-sufficiency has been key in coping with her particular set of challenges.

‘Medication is mental strength. It’s just making sure that I keep myself in the right head space,’ she said. ‘I have unbelievable physios in Barcelona that give me everything. I receive a lot of treatment.

‘I have to look after my hips because of the way that I put weight through my feet and my shoes. It’s important that I look after the rest of my body that may try and compensate for some of those deficiencies.’ 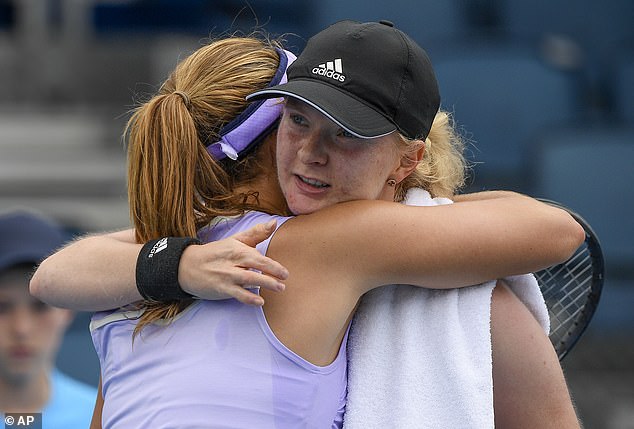 This will be a big step up for the 20-year-old from Bradford, who has not played the senior event in any Grand Slam or even visited Melbourne before now.

She also revealed that fellow players have been interested in her background — among them Switzerland’s former French Open semi-finalist Timea Bacsinszky, and one-time US Open champion Sloane Stephens.

‘Timea came over to me and said that she thought what I was doing was phenomenal and I had all her support,’ said Jones. ‘Sloane has been pretty awesome, too. She had a little chat with me in the changing rooms the other day.’

The dream of playing Serena Williams did not materialise in the draw. The 39-year-old American pulled out of Saturday’s Yarra Valley Classic semi-final against Ash Barty citing a shoulder injury, but the withdrawal seemed to be on a precautionary basis and she should be fit to face Laura Siegemund in the first round next week.