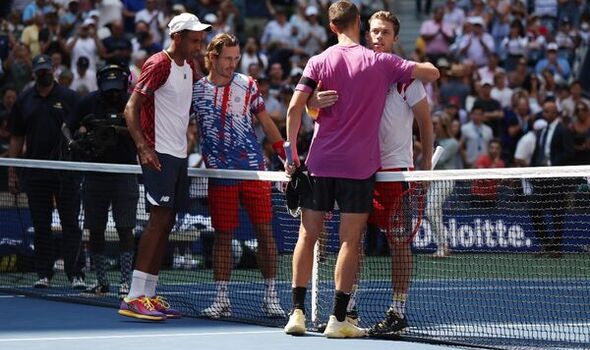 Joe Salisbury revealed he restrained his celebrations out of respect for the Queen after retaining the US Open men’s double title – and the world No.1 spot. The Londoner and his American partner Rajeev Ram beat Neal Skupski and Dutchman Wesley Koolhof 7-6 7-5 in a tight final.

The victory means the Anglo-American duo are the first pair to defend the title here since 1996 – and Salisbury remains world No.1. Liverpool’s Skupski would have topped the rankings for the first time if he had won his first Grand Slam title.

And after the victory, the world No.1 admitted: “It’s definitely felt a little bit strange. I think everyone wasn’t quite sure how to act. 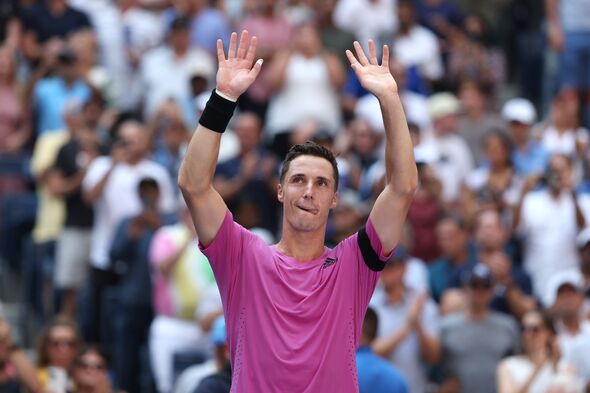 “I think it didn’t feel appropriate to be overly celebrating or at least showing that too much, because obviously everybody is back home and around the world is in mourning at the moment, and it’s a very sad time. Obviously we are very happy with the success that we have had, but, yeah, it’s a sad time at the same moment.”

Skupski added: “It is a bit strange playing when the country is in mourning. She was a great servant and we will remember she was an incredible woman.”

The Australian legends Todd Woodbridge and Mark Woodforde were the last pair to defend this title in 1996. They share $688,000.

And Salisbury, who has also won two mixed doubles titles as well as three Grand Slam doubles with Ram, is now only two behind the Open record of seven Major titles held by Jamie Murray and Virginia Wade.

“I’m very proud of that,” he said. “I think we have always said these are the ones we want to win. We focus our preparation and everything throughout the year on winning the Grand Slams. Yeah, it feels so special to have won this again. I haven’t really thought about the record too much. Yeah, I guess I did know that it was seven.

“We are just going to keep focused on the next one and winning as many as we can. Obviously if at some point I can get there, that would be amazing.”

‘If we had one of the men who was No.1, just imagine’: Tennis great’s Barty call