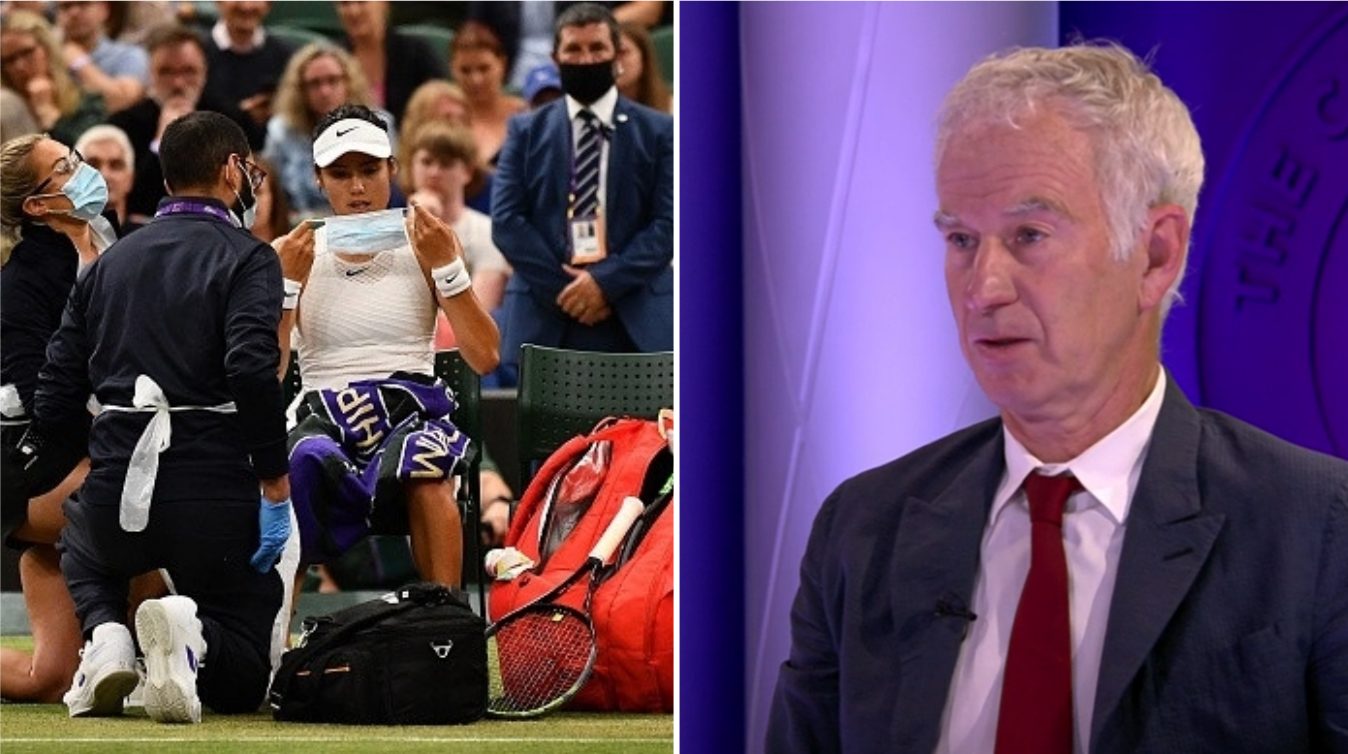 John McEnroe has been criticised for claiming the Wimbledon experience ‘got too much’ for British wildcard Emma Raducanu after her withdrawal from the All England Club.

The 18-year-old, ranked 338th in the world before the tournament, was trailing 4-6 0-3 to Ajla Tomljanovic when she called for medical assistance.

She left court to receive further treatment but it was soon announced she would not be returning and had retired from the fourth-round match.

It is not yet clear whether Raducanu suffered an injury or was struggling psychologically. She appeared to be holding her stomach in pain before her withdrawal, although it has also been suggested that she was hyperventilating while receiving treatment.

McEnroe – who won seven Grand Slams, including three Wimbledon titles – claimed the occasion got the better of Raducanu just moments after her dream debut came to an abrupt end.

‘It makes you look at the guys and girls who have been around for so long and wonder how they handle it. Hopefully she will learn from this experience.

‘Maybe it’s not a shame this has happened right now when she is 18. I played this tournament at 18 and in a way I was happy I lost.

‘I was able to understand what it would take to make it. Allow her to take some deep breaths and maybe get some wildcards.’

The tennis legends’ comments have been widely criticised on social media, however, with celebrity doctor Alex George saying he ‘didn’t realise McEnroe was medically qualified’.

Raducanu’s opponent, meanwhile, admitted she was shocked by the manner of her victory, which sets up a quarter-final meeting with fellow Australian Ashleigh Barty.

‘I am actually shocked because Emma must be hurt if she came to the decision to retire,’ Tomljanovic said. ‘I am really sorry for her, I wish we could have finished it. I am wishing her all the best.

‘I thought I found my groove although Emma was hurt and not at her best, which kind of explains it.

‘It didn’t really sink in I’m in the quarters because of the circumstances. I am thrilled to play Ash, and to have two Aussies in the quarter-finals is great for everyone back home.’