Dispensing with her coach just before the grass court season appears to have done little harm to Jo Konta.

The British No 1 is reviving her form just in time for Wimbledon, and on Friday she made her first semi-final of the season at the Viking Open in Nottingham.

Konta, who split with Frenchman Dimitri Zavialoff after her first-round exit at Roland Garros, beat Belgium’s Alison Van Uytvanck 6-3, 7-6 to make this event’s last four for the third time. 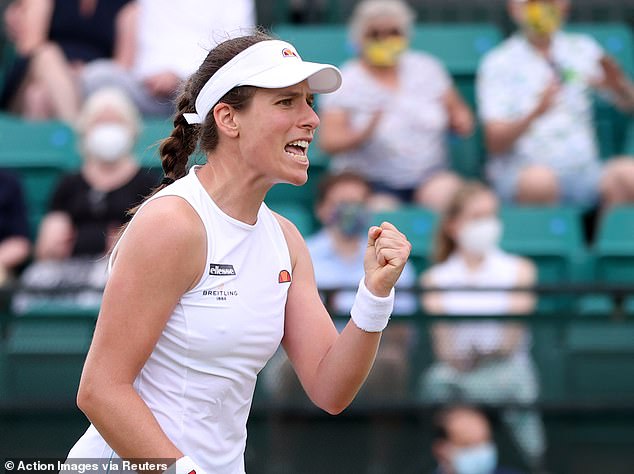 She is now up against Serbia’s Nina Stojanovic, seeking to build on the momentum from notching three consecutive wins for the first time since August. Konta pulled out of the doubles event, explaining that it was to protect her knee.

Katie Boulter retired from her quarter-final while leading American Lauren Davis 7-6, 0-2 due to a right elbow injury.

The draw will be made on Saturday for next week’s cinch Championships at London’s Queen’s Club, which is the prospective venue for Andy Murray to make his first singles appearance in more than three months. Murray has been practising at Wimbledon and intends to play bar any late setbacks with his hip issues. 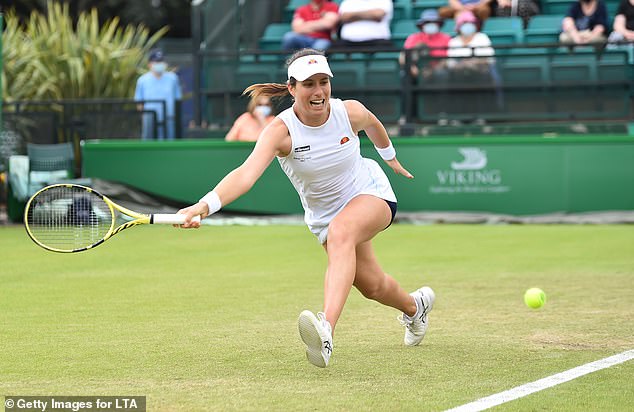 Barbora Krejcikova, 25, will try to complete the first leg of a rare double this afternoon when she meets Anastasia Pavlyuchenkova in the most unlikely of Grand Slam finals. The Czech has been the busiest person at Roland Garros and on Saturday warmed up by winning the semi-finals of the women’s doubles with partner Katerina Siniakova.

The singles final will be a battle of the late bloomers, although 29-year-old Pavlyuchenkova is at her 52nd major event while her opponent is making just her fifth main draw appearance.

The domestic British tennis calendar will be expanded next year. In their latest change of strategy the LTA announced they will put on a total of 15 lower tier world ranking events for both men and women outside the main grass court tournaments.