Jo Stehle is passionate about inspiring more women and girls to get active, after the mother of two overcame breast cancer to become a tennis coach.

Jo was diagnosed with breast cancer eight years ago, but treatment left her feeling pretty unfit. She joined a beginners’ ladies group at her local tennis club and never looked back.

“I was hooked – it became an obsession,” she told Sky Sports. “To be honest, I often think that if I had never had breast cancer, I wouldn’t have discovered tennis.”

As an LTA She Rallies activator, Jo is passionate about inspiring more women and girls to get active and discover their love for tennis.

“Other than the odd game in the local park, I rarely played tennis as a child. I always enjoyed watching Wimbledon as a child and was lucky enough to visit on a school trip when I was younger, which was fantastic, but I just didn’t have the opportunities to play. I remember watching the McEnroe vs Borg final with my parents on TV and I just loved both players and their personalities on court,” said Jo.

“I was diagnosed with breast cancer in 2013 at the age of 41. It was a real shock to those loved ones around me, especially as there was no family history, but the diagnosis didn’t really come as a surprise to me – I just knew.

“I was told it was stage two cancer and that it had spread to my lymph nodes. I underwent six rounds of chemotherapy (yes, I lost all my hair) and had five weeks of radiotherapy.

“I remained as positive as I could throughout the whole process as my goal was always to get better for my two girls, who were just 11 and seven at the time.

“Staying upbeat and keeping my sense of humour helped make it easier for people to be around me and I was always more concerned about others feelings than mine. I hated it if someone gave me that sympathy look, I’d have to tell them off!

“I finished treatment in December 2013, but by this point, I was nearly three stone heavier and radiotherapy had left me very unfit.” 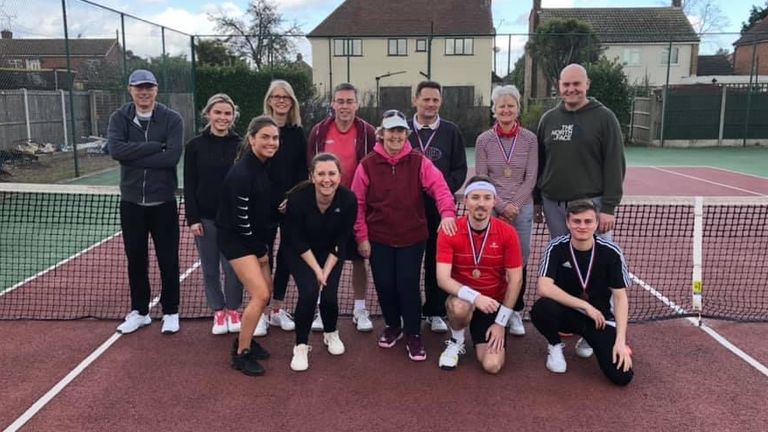 The following June, Jo’s daughters decided that they wanted to start playing tennis at their local venue, Thurrock Lawn Tennis Club. It was then, she decided to give it a go herself.

“I was over at the club at any opportunity, partaking in socials and in time, league matches,” admitted Jo. “I particularly love the mixed matches and alongside my mixed partner Jay, who is also a great friend of mine. We went from bottom of our division, to promotion, and then working our way up the next division.

“Around a year or so after starting tennis, I decided that I wanted to help others discover what a wonderful game it is. After taking on the role of social secretary, I organised some taster days for adults and children – soon enough, the members started to flood in.

“In January 2018, along with my eldest daughter Charlotte, I undertook our level 1 LTA coaching course. I thoroughly enjoyed it and afterwards I was encouraged by LTA Coach Education and Curriculum Manager, Jo Ward, to become a She Rallies activator to promote tennis for females.

“Before long, I was helping to deliver sessions at six local primary schools with our head coach, Gavin. The success of those brought more members to the club and as of last year, we now had a record 80 juniors of which it was a 50/50 male-female split.

“I then decided to do the LTA level 2 diploma course – this included cardio tennis, which was absolutely up my street. Cardio tennis has brought many ladies into tennis; it’s a wonderful way to ‘taste’ tennis by having a lot of fun at the same time.” 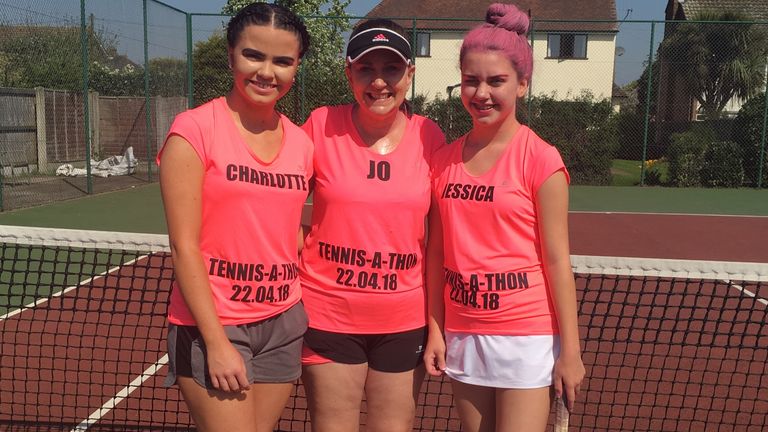 Jo and her family wanted to do something to give back to the people who helped them through one of their toughest challenges to date.

“When I had breast cancer, I always said that I wanted to do something to give back. So, Charlotte, Jessica (my two daughters) and I put on a tennis-athon three years ago, where we played for more than eight hours straight,” she said.

“We set up on the courts and encouraged people from the community to come and pay to play against us. We raised just under £3,000 on the day and the support we got was just amazing. I didn’t know but my consultant who supported me during my treatment surprised us and turned up to watch for an hour or so – it was really emotional.”

Find out more about the LTA She Rallies programme and how you can get involved here. Outdoor tennis courts in England will be able to open from March 29. Find out more about guidance for a safe return to tennis across Great Britain on the LTA website.