MIKE DICKSON: Iga Swiatek looks the favourite at the Australian Open with the likes of Angelique Kerber and Naomi Osaka absent, as the 21-year-old looks to add to her US and French Open titles

It could be said that Iga Swiatek has one advantage as she begins her pursuit of the Australian Open title this morning — she is not pregnant.

The unusual reality as the tournament starts is that three of the most recent champions, with a total of four trophies between them, are expecting their first child.

Last year’s winner Ash Barty announced earlier this month that she was pregnant, and within a week Naomi Osaka, victor in 2019 and 2021, confirmed her absence by revealing the same news. Germany’s Angelique Kerber, who won in 2016, is also not here as she prepares to become a mother. 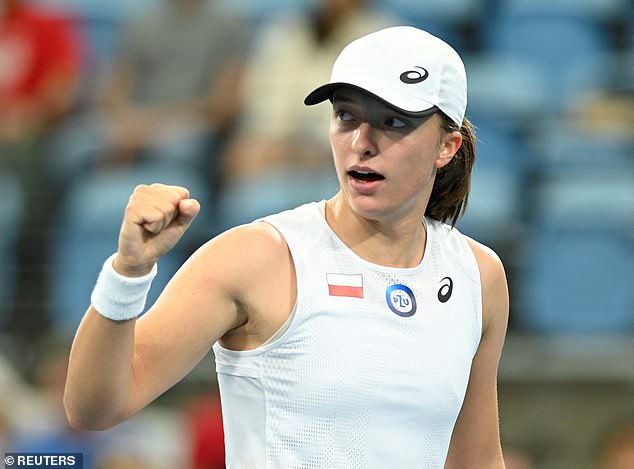 This is the tournament that was won by Serena Williams in 2017 while, it later turned out, she was expecting. Meanwhile Caroline Wozniacki, the 2018 champion, welcomed her second child into the world less than three months ago.

All that combines to mean that, by the second round of the event, only one former women’s Australian Open winner will be left in the field because two other champions of recent times, Victoria Azarenka and American Sofia Kenin, face off against each other.

This has all contributed to the current state of flux in the women’s game, whose only apparent certainty last year was that 21-year-old Pole Swiatek was by far the best player. 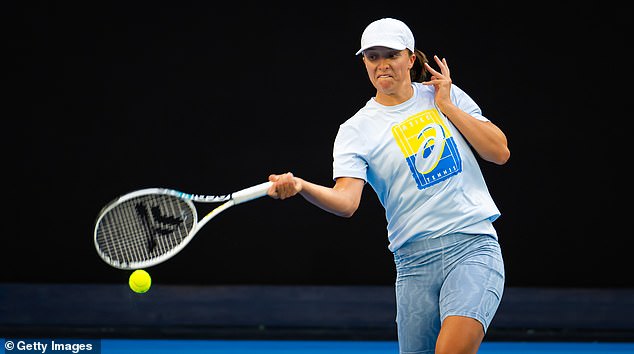 She is scheduled to headline the first evening session of the tournament, taking on Jule Niemeier, the German who was a surprise quarter-finalist at Wimbledon last year.

Swiatek is seeking her first Australian Open title, to add to the French and US Opens she already holds. A measure of how she is the one player who stands out is that her ranking points tally of 11,025 is more than double that of her nearest pursuer, Ons Jabeur.

Yet there remains a certain vulnerability about her, and earlier this month she cried on court after being beaten by America’s Jessica Pegula in the United Cup team event. 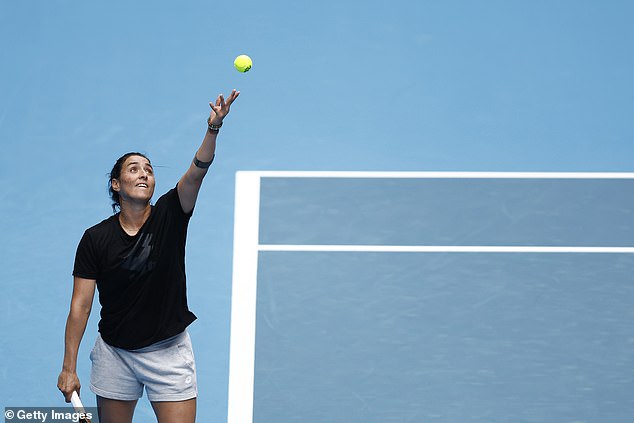 In a column for the Players’ Tribune she said that she found her fame and success somewhat confusing. ‘I’m grateful, but truthfully, sometimes it all feels strange and disorienting,’ she wrote.

Her introverted nature means she remains a long way from being the kind of figurehead for the women’s game that Serena Williams was for so long.

One of the many blows suffered by the WTA Tour in the last couple of years was when Barty retired two months after becoming a home Grand Slam winner in Melbourne.

That announcement, in March, also caused tears for Swiatek, who suddenly found herself propelled into the world No 1 position. She stated that she could now understand why the Australian wished to step away from tennis. 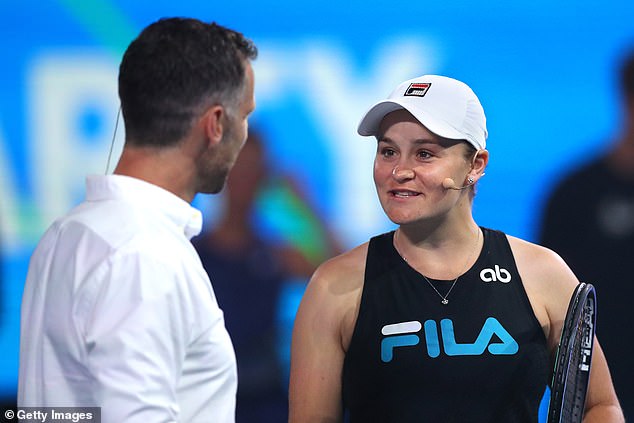 She said: ‘I couldn’t stop crying. Honestly it didn’t really have that much to do with potentially moving up the ranking. It might sound strange but I was so confused and shocked that Ash was 25, and she was retiring.’

What the women’s game needs is a replenishing of high-profile rivalries. This has been made much more difficult by the dominance of Swiatek and the void left by Barty and the rarely seen Osaka.

Barty did make an appearance in Melbourne last week, to launch a mentorship programme for Australian players, and while here had a hit with Swiatek. Her absence this fortnight, 12 months on from such an emotional triumph, is keenly felt