Andy Murray collided with the future in the US Open second round, and found he had no answers to it.

A scintillating performance from Canada’s 20 year-old Felix Auger-Aliassime proved far too strong in their late night encounter at Flushing Meadows, and he was powerless to prevent a 6-2 6-3 6-4 defeat in two hours and seven minutes.

Looking slightly creaky after his opening match, Murray could find no response to the 52 winners and 24 aces from his opponent, who played almost flawlessly to reinforce the growing hype around him. 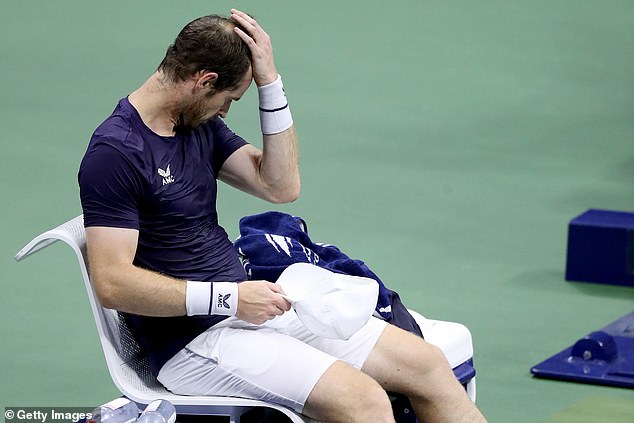 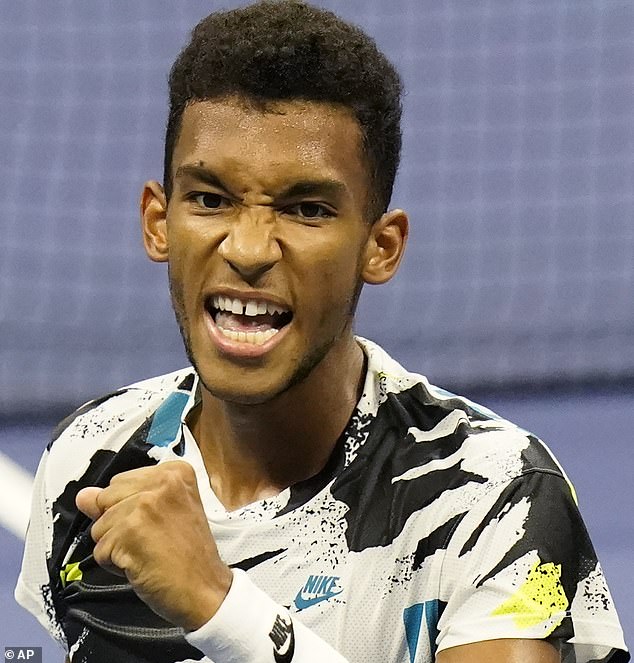 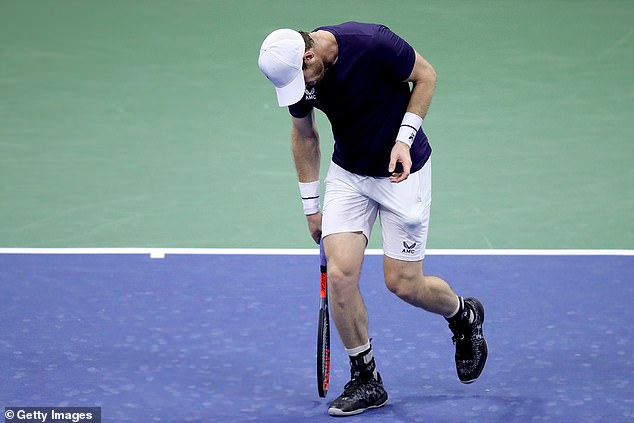 Such was the younger man’s dominance that, even against a great returner like the 33 year-old Scot he did not even have to face a break point. Murray was sometimes reduced to the role of spectator as enormous forehand blows flashed past him into the corners.

Next stop for Auger-Aliassime is the winner of the match between Dan Evans and Corentin Moutet, suspended for rain while evenly poised late in the third set. By then Murray will be back home contemplating the delayed clay court season.

The marathon against Yoshihito Nishioka had taken its toll. ‘It certainly didn’t help,’ said Murray. ‘It’s the longest match I’ve played in quite a while. The more tournaments you play you build up that robustness. Right now I don’t really have that.

‘I’m back to square one, ranked 115 in the world and my game reflects that. Physically I coped well with the first match. Much of my body felt pretty good but there were a few bits that felt a bit sore. 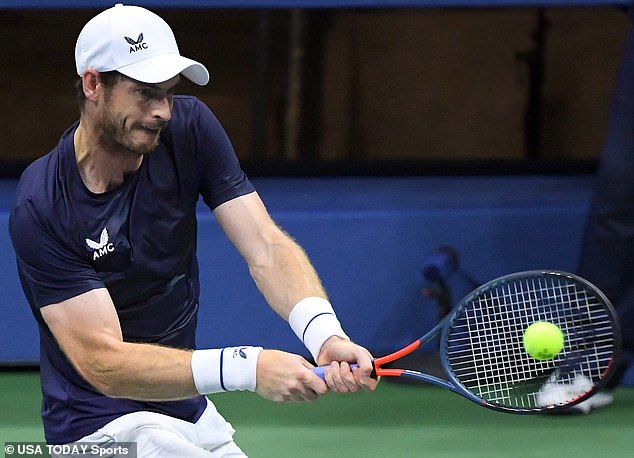 ‘Maybe it wouldn’t have made much difference because he was obviously playing very well. He played as I expected. He served better than maybe he had done in the last couple of weeks, he got a lot of free points.’

Auger-Aliassime snuffed out any chance of a comeback, and showed what an outstanding athlete he is with his clean power and grace of movement.

‘Even with nerves I served well, that was key,’ he said. ‘ In the back of your mind you always know you are facing Andy Murray, even at the end it’s not easy because he’s a great champion and you never know.

Murray came out, not to the acclaim of a crowd but the sound of the rain beating down on the enormous roof of Arthur Ashe Stadium. 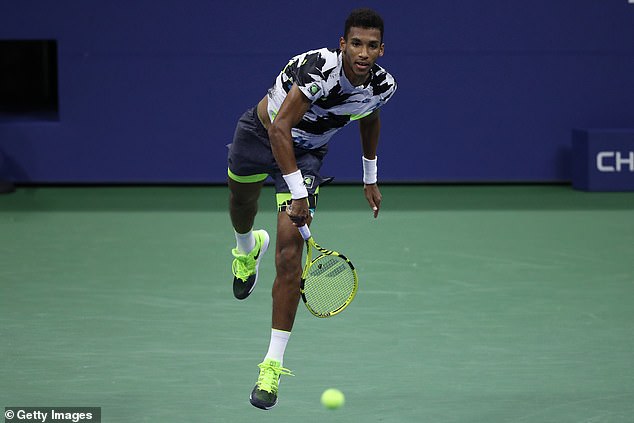 That was the accompaniment to a fairly torrid first set, which saw the Scot heavily punished for failing to land enough first serves, and hit only one winner compared to his opponent’s eighteen.

Murray, looking slightly stiff and failing to get lift off from his legs when serving, was broken early and could not come close to repairing the damage, broken a second time at the end of it for good measure.

The absence of a crowd would probably work in the less experienced player’s favour, and he calmly crunched his groundstrokes. His forehand is occasionally impetuous, but more often devastating, while his court coverage is exceptional. His touch around the net also caught the eye.

There were some understandable grimaces from the Scot, who needed to have blood drained from his toes after his five set epic in the first round, the strain of which appeared to have sealed his fate. 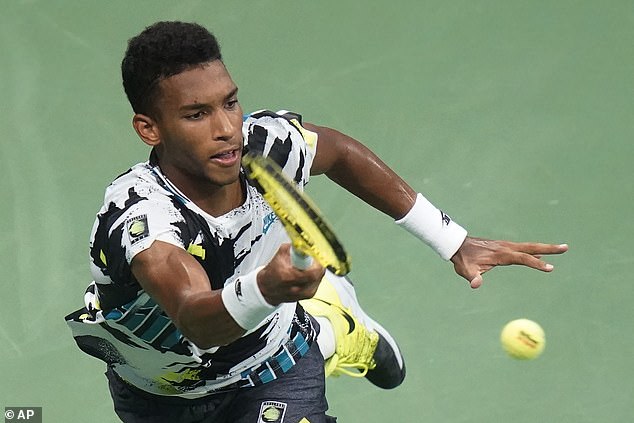 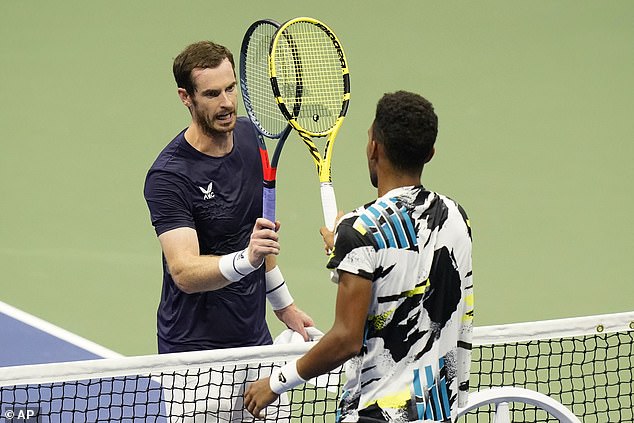 Murray enjoyed more success in the second when he managed to divert more returns to the Canadian’s backhand and forced a mini wobble at 3-3, only to miss a simple forehand volley that might have opened up a break chance.

Auger-Aliassime then made him pay for it by breaking himself, wrongfooting the older player. Coming back from two sets down for an eleventh time in Murray’s career would be much harder now, and he appeared to know it.

Murray always stayed competitive but the question was only if the younger player, who as an 11 year-old came to watch him on the same court as a spectator, would falter.

He broke decisively, on a fourth break point for 3-2 and did not look back from there.