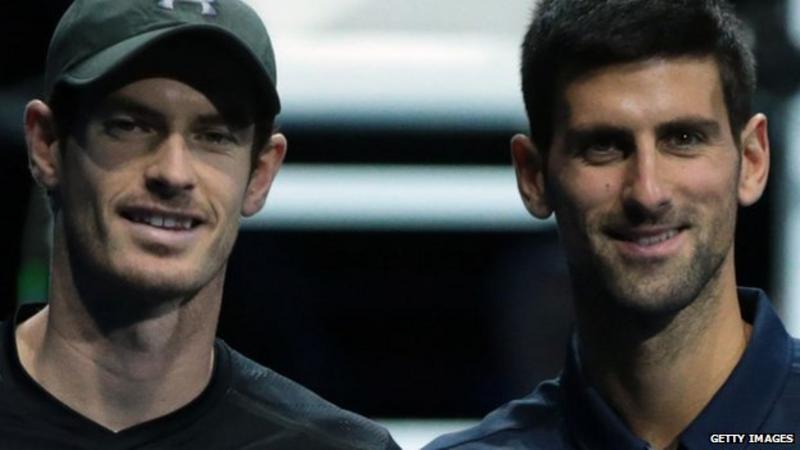 With no tennis for the foreseeable future, Andy Murray and Novak Djokovic are at a bit of a loose end.

The two met on Instagram Live to discuss their careers, the mental and physical effects of tennis and the debate about the GOAT of tennis.

They also built their perfect tennis player from those playing now… 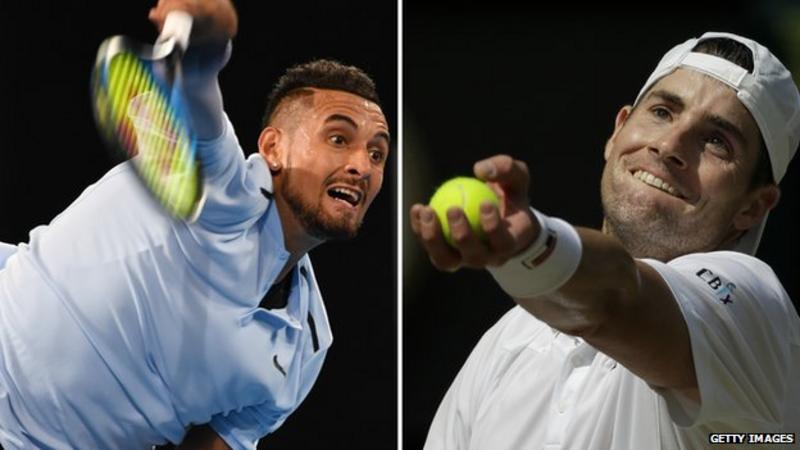 Novak Djokovic: Nick, for his height, has the best serve I’ve seen.

AM: Yeah, he’s done absolutely nothing on his shoulder and yet he’s sending down ridiculous serves. 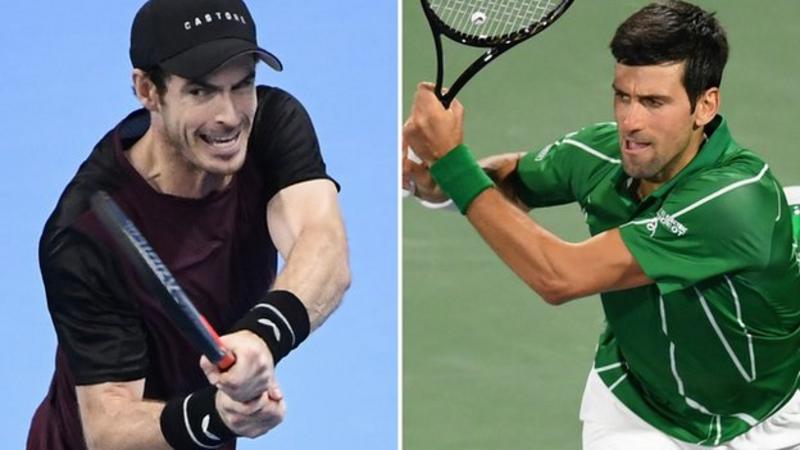 ND: I’d go with you. Playing against you on any surface was always a challenge but out of the three biggest rivalries I had, I found it the hardest to serve against you because everything was coming back.

AM: And I’d say you. You rarely missed a return. 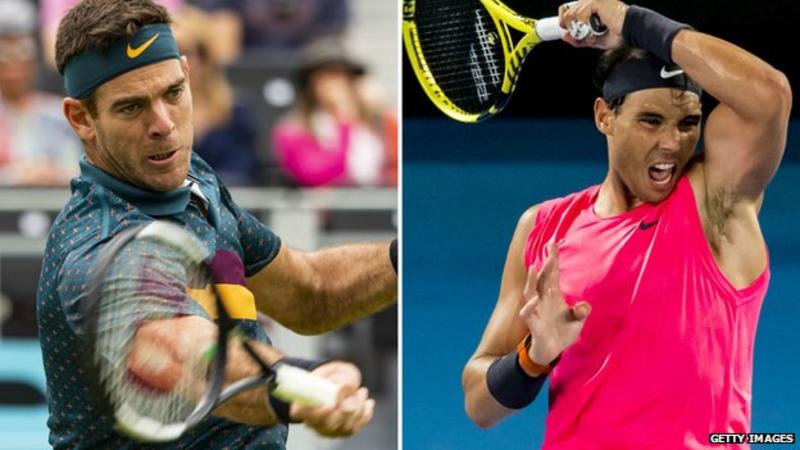 ND: The Thor from Tandil – Del Potro. I love the forehand of Fernando Gonzales, but let’s go Delpo.

AM: I’m going Rafa. There may be a small period in his career where it let him down in a couple of matches, but very rarely would that have been the shot that contributed to him losing matches. 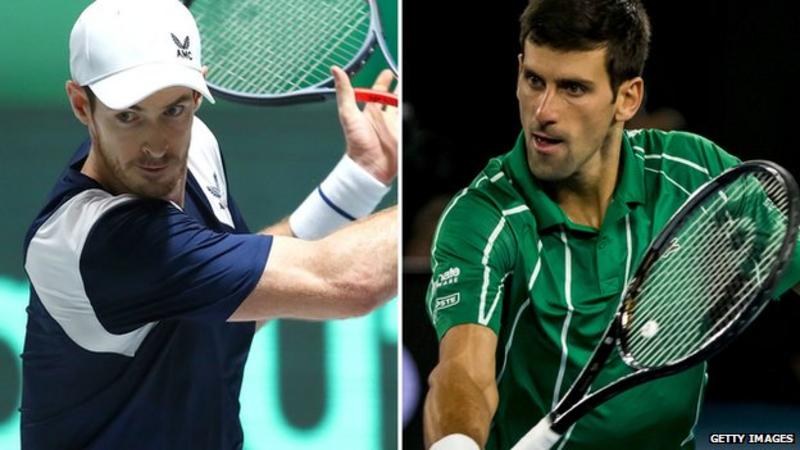 AM: Backhand, I’m taking you…

ND: I would take you. Consistency, the fact that you don’t miss much, you make the life of your opponent very difficult. I just couldn’t penetrate through that side when I played against you…

AM: I think you penetrated me pretty well a few times. 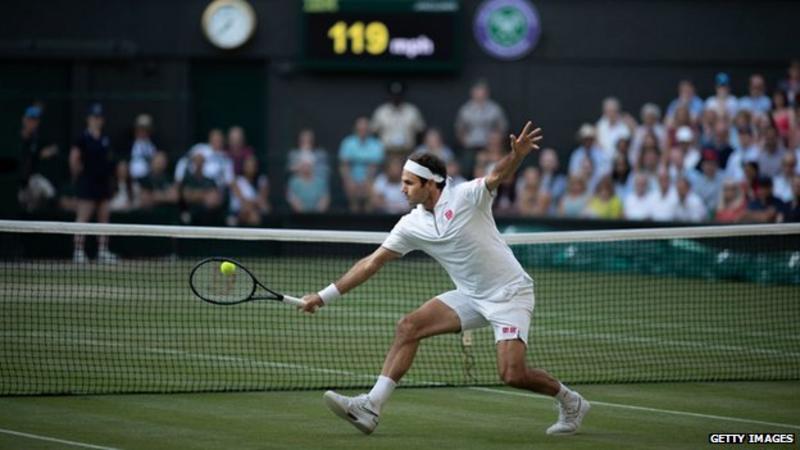 ND: Roger is one of the most complete players ever to play the game. We all know how great he is.

What I think is probably a bit underrated is his ability to come up with serve and volleys at the most challenging times in a match against us that are great returners. He takes away your time.

AM: I’d agree with that. There might be guys that hit certain volleys better but all-round, Federer. He has the touch and feel and he’s one of the few guys that has come up with that shot under pressure. 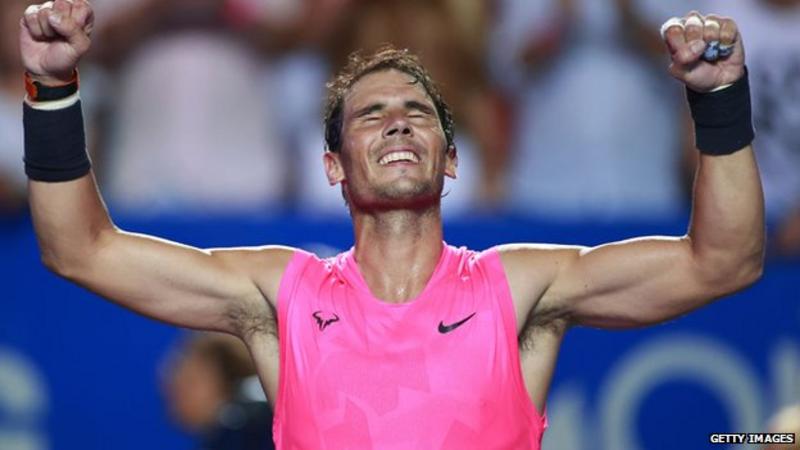 ND: It’s obvious he has champions mentality, what he’s managed to produce over the years on all surfaces, the way he was bouncing back from numerous injuries.

I think he was the most injured out of us four. Every second season, he has got something for several months and he managed to come back and build his game.

The resilience, the intensity he brings – when you see him jumping around before you walk onto court, it already intimidates you. A mental giant and a physical giant.

AM: I would say that, consistently, Rafa has been mentally the strongest. There’s times where you would have been ahead of him but over an entire career, even from when he was very young, he’s always been unbelievably strong mentally.

Even when he was 18, 19 years old, which is so rare for the guys coming through. That’s normally the part that takes the longest. 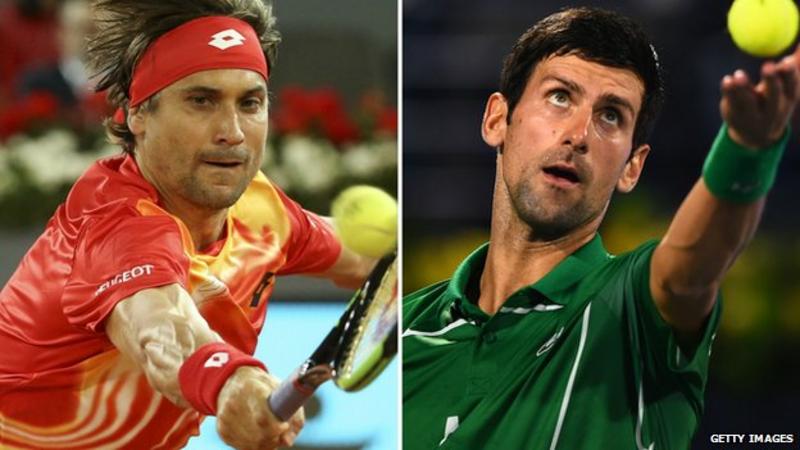 ND: I love Ferrer’s fighting spirit. He has always been a warrior on the court.

I would say Ferrer or Dominic Thiem, but give Ferrer an edge because he’s been on the tour longer. Dominic is going to last for hopefully many more years.

AM: If it were physical potential, I’d say Gael Monfils. What he can do physically is a joke. It’s unreal, the stuff I’ve seen him doing.

But physically, I would take you. Although that’s not a big bicep that you’re showing off!

And finally, the two debated how you judge the tennis GOAT.

ND: It’s a good question. It’s a combination of Slams, the weeks at number one and the Masters events…

AM: What about head-to-head?

ND: Absolutely, yeah. I think Grand Slams would probably stand out but it’s really hard to say. I’ve had this opinion since forever – I don’t go into the conversation of comparing generations.

AM: I completely agree with that but, in reality, all three of the best players are playing in the same generation.

Nobody competes with Rafa on clay, Roger’s record at Wimbledon is the best, your record on hard court is the best.

When people ask me what my toughest match is, who are the hardest guys to play against, I feel like I’m competing against the best hard court player ever, the best clay court player and the best grass court player.