It might not have the usual challenges presented by the clay courts but Andy Murray has proven he can be just as devastating behind a controller as well as a racket by winning the Virtual Madrid Open.

The Brit triumphed in the final of the tournament having seen off David Goffin 7-5 in a tie-break, leaping off his chair with delight after landing yet another title.

Goffin could only bury his head in his hands as he watched the Brit return an unbeatable crosscourt forehand to secure victory. 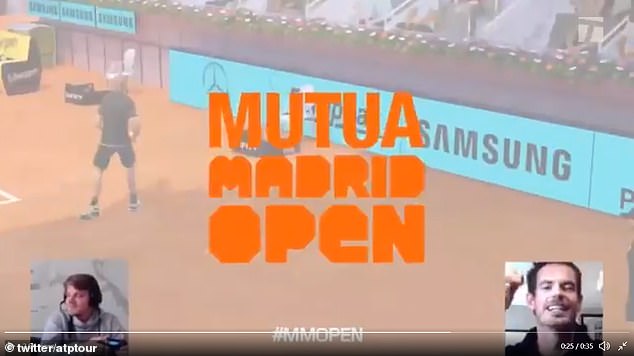 Murray  said afterwards: ‘Of all the matches I played, that felt like a proper match, we were a similar level.

‘It was good. I enjoyed it, there’s not much we can do just now, we spend most of the days indoors and can’t get out much so it was a fun thing to do.’

Murray’s success on the virtual court via the Playstation game Tennis World Tour came despite losing earlier in the day in the semi-finals to Diego Schwarzman.

However their last four encounter was plagued by technical issues and bizarre glitches that the Argentine felt were too unfair on the former British and world No 1 and thus offered his place in the final to the 32-year-old.

‘I don’t deserve to be in the final,’ Schwartzman told Murray. ‘You play the final. If you’re in Europe the transmission is much better because of the internet.’

Murray saw off some competitors along the way, even defeating the ‘King of Clay’ Rafael Nadal in the group stage. 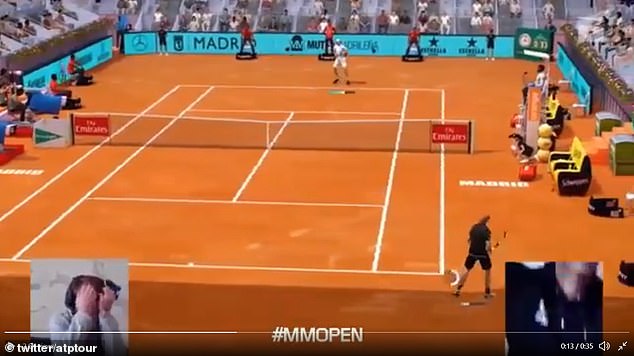 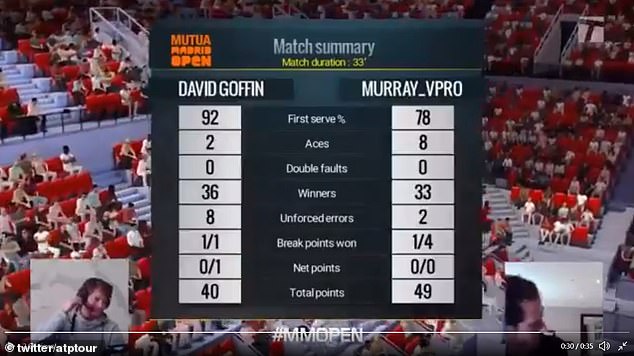 Murray’s prize for winning the tournament is £130,000 to give to those most affected by the shutdown of the ATP Tour

After his comprehensive dismantling of Zverev in the quarter-finals, Murray joked he was just too good for the opposition.

The Brit laughed off mischievous accusations from tournament organiser Feliciano Lopez, delivered with a smile, that his rivals were claiming the competition was being fixed in his favour.

‘I know it looks that way but I’m just much better than the other guys,’ said Murray.

The tournament was part of a charity initiative that will donate 50,000 euros (£43,600) to the Madrid Food Bank to help reduce the social impact of the Covid-19 pandemic.

The winner of each tournament will get 150,000 euros (about £130,000) from which they will be able to decide how much they donate to their colleagues on the tour who have been worst affected by the sport’s shutdown.

French Open reduce number of fans to 5,000 per day