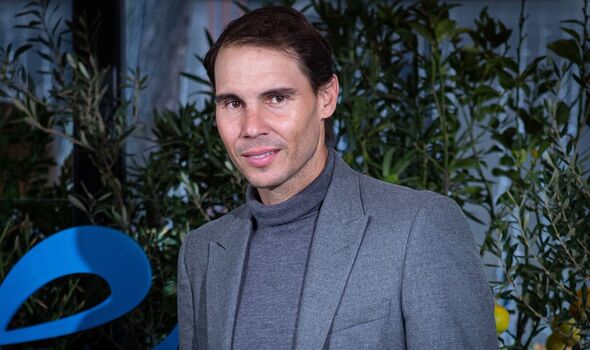 Rafael Nadal has addressed fears that his retirement could be in the near future after being hampered by injuries in the second half of 2022. The world No 2 played just four events after tearing his abdomen at Wimbledon but is looking forward to the 2023 season, though he warned fans that he may be unable to maintain his ranking for much longer  as he admitted that the all-Spanish top two of himself and Carlos Alcaraz wouldn’t last.

Nadal is gearing up for the start of the 2023 season as he will play the inaugural United Cup before attempting to defend his Australian Open crown. The 36-year-old enjoyed a strong start to 2022 by winning the first two Majors of the year but has also been struck down by injuries in his rib, foot and abdomen.

Given his age and recent injury woes, some fans have been left fearing that retirement could be near but the 22-time Grand Slam champion has now addressed concerns, admitting he could never tell the future while revealing he was still feeling competitive and eager to play. “I always answer naturally. I don’t know, I don’t know what can happen tomorrow,” he told El Larguero.

“But I know that I’m still happy doing what I do. I’m looking forward to starting a new season. Then the physical, the head and the results will mark. I’m a competitor and I enjoy it.” The 14-time French Open champion also took the opportunity to address misconceptions on his attitude towards winning as he added: “People think I’m obsessed with winning and winning. And no, I’m obsessed with competing.”

While he wasn’t ready to retire, Nadal knew that when the moment came he wouldn’t be upset. “I think that in my life I have always been happy also outside of tennis,” he explained. “Luckily, I have many projects to enjoy and live them for the future. I’m not afraid. Everyone changes have an impact and you have to have respect, but it’s not something that scares me.”

Although Nadal was only able to play four events for the rest of the year following his injury withdrawal from Wimbledon, the Spaniard still ended the year at No 2 in the rankings behind his young compatriot Alcaraz as they became the first pair from the same country to occupy the top two spots in the rankings since Americans Andre Agassi and Pete Sampras in 2000.

While the 92-time title winner backed the teenager to stay near the top, he confessed he didn’t know how long their top two dominance would last. “No, it’s a historical fact. Enjoy it while it lasts,” Nadal said of their standings in the rankings.

“Carlos has more margin than me. This circumstance has occurred, he has had a spectacular year. Happy for him. To this day he is already a benchmark, but he can mark an era and achieve great things.”