Home » Tennis » Nadal, Djokovic and co to play for most prize money in tennis history 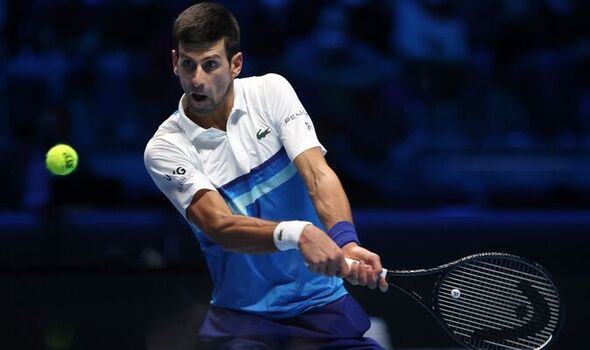 The ATP Finals has confirmed a record-breaking prize pot for the season-ending championships this year. Five players have already qualified for the prestigious tournament including Rafael Nadal and Novak Djokovic, and they will now be battling it out for the biggest winner’s cheque in tennis history as well as 1,500 ranking points and the trophy.

The winner of the ATP Finals is set to receive the biggest monetary prize in the history of tennis after the tournament announced the money on offer for each win at the year-end tournament. If a player wins the tournament without losing a match across the week they will pocket £4,230,030 ($4,740,300) – smashing the record amount of £3.9m ($4.2m) prize money Ash Barty received for winning the 2019 WTA Finals Shenzhen with one round robin loss during the week.

She defeated Elina Svitolina in the final who went 3-0 in her round robin matches and would have won the maximum prize had she beaten Barty for the title, but the Aussie’s winner cheque still managed to break the record. Nadal, Djokovic, Carlos Alcaraz, Casper Ruud and Stefanos Tsitsipas are currently in the running to receive the record prize money as the first five men to qualify for the tournament.

The eight players who have earned the most points in 2022 qualify for the season-ending championships, but this year Djokovic has qualified despite currently being 10th in the race as the ATP has a rule allowing a Grand Slam champion from that season to receive a spot in the tournament if they come in the top 20 of the race.

Alexander Zverev is the defending champion but looks unlikely to qualify or compete as he has not played since getting injured during his French Open semi-final match against Nadal where he went down in pain and was forced to retire, later confirmed he snapped several ligaments in his ankle. He was set to return at last month’s Davis Cup but was diagnosed with a bone edema and underwent more surgery.

Daniil Medvedev, Andrey Rublev and Felix Auger-Aliassime are currently occupying the final three spots in the race but several men can still qualify for Turin, with the upcoming Paris Masters 1000 likely to determine the last few places at the tournament with the likes of Taylor Fritz and Hubert Hurkacz also lurking just below the qualification spots.

Roger Federer says he is retiring from professional tennis