Rafael Nadal, Novak Djokovic and Garbine Muguruza have sent supportive messages to Carla Suarez Navarro after the world No 6 announced she had been diagnosed with Hodgkin Lymphoma.

2020 was due to be Suarez Navarro’s final year on the WTA tour and she withdrew from the US Open on what she called ‘medical advice’.

But in a video posted on social media where she is sitting on a hospital bed, the 32-year-old revealed she had early-stage Hodgkin Lymphoma.

In a statement, she said: “During the past few days you may have seen some images from a hospital bed on my Social Media platforms.

“We’ve been looking for medical reasons to explain why I was feeling unwell. I went through different tests to detect the cause. 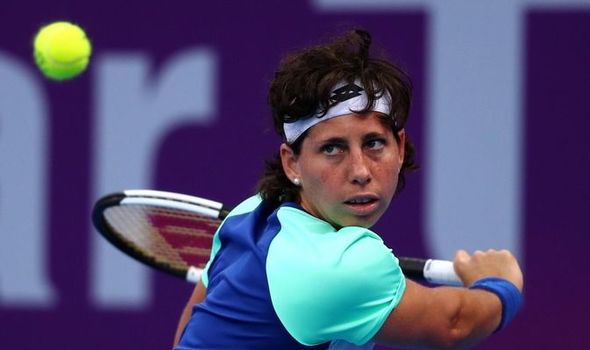 “That forced me to stay at home resting and withdraw from the two New York events I planned to compete in. That was my illusion after so many months out of the competition.

“The clinical results were confirmed: I was diagnosed with Hodgkin Lymphoma. The doctors told me that it was small, curable lymphoma detected at an early stage.

“The treatment required is clear: I must complete a treatment with six months of chemotherapy. That’s the only goal I have in mind right now. Everything else becomes automatically secondary.

“I want to express gratitude for the nice, elegant support I have always received from the fans throughout my entire professional career.

“I hope you understand my current situation and hope to see you as soon as possible.” 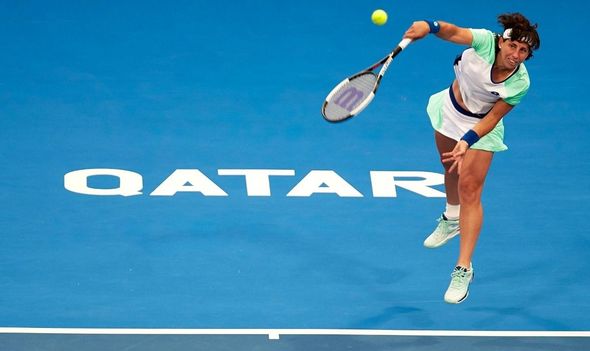 Following her announcement, the popular Spaniard received well wishes from her fellow pros.

Nadal wrote on Twitter: “A lot of strength Carla in these tough moments of life. Surely, as you say positively, the strength you’ve always had and the necessary help you get.”

World No 1 Djokovic echoed those sentiments saying: “Carla, you are such a fighter and I have no doubt you’ll get through this. Stay positive and come back soon.”

Muguruza dedicated her US Open first-round win to her fellow Spaniard and said: “When we spoke a few days ago when she gave me the news, I was, I think, shocked, because I was expecting to see her in this tournament. You know, she’s such a nice woman, so sweet, so kind, so humble.

“When these things happen to these good people, I feel, like, so sad about it. So I know she was watching my match, and we talked a little bit.

“I, for sure, will dedicate this win to her, because I want her to feel that we are behind her, that I am behind her, and I will go and see her at some point when it is fine.”

US Open: Johanna Konta knocks out Heather Watson to reach second round