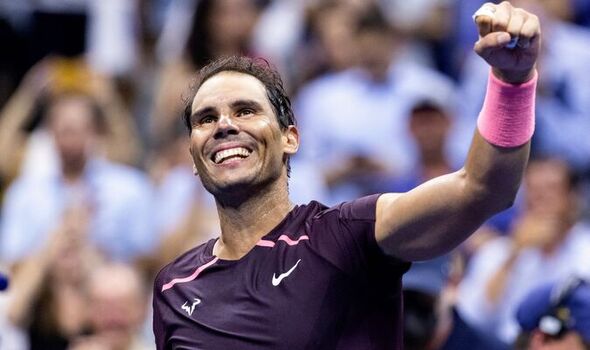 Rafael Nadal set the record for the most weeks at world No 2 in ATP history when the rankings were updated on Monday. The 36-year-old began his 373rd week in the second spot – the same amount of total weeks that his rival Novak Djokovic has spent at world No 1. It also meant that Nadal tied Djokovic on the amount of time they have now spent inside the top three, with both men having a shot at surpassing Roger Federer’s record.

Nadal started his 373rd overall week as the world No 2 on Monday when the rankings updated, despite not playing for over a month. The Spaniard returned to the second spot when Casper Ruud suffered an early loss at the recent Korea Open, allowing the top two rankings to be occupied by two players from the same country for the first time since 2000 with Carlos Alcaraz sitting at No 1.

The 22-time Grand Slam champion has now extended his record for most weeks spent at the No 2 spot, with his tally coincidentally tying Djokovic’s record of weeks spent at world No 1 – 373 – though the Serb has not been at the top of the rankings since falling off in June. Nadal’s 373rd week at world No 2 also marked his 672nd overall week in the world’s top three.

Djokovic has also spent 672 weeks in the top three but currently sits at world No 7 so has been unable to extend his streak, though both men are now just 78 weeks away from catching Federer’s record of the most all-time weeks spent in the world’s top three of the rankings with 750.

JUST IN: Alcaraz has game that is ‘unheard of’ as Big Three parallels made

But it would be a tall task for both men, who are now 35 and 36 years of age respectively. They would need to each spend more than a year back inside the world’s top three, with Djokovic four places away from getting back inside the prestigious place in the rankings after he was left unable to play tournaments and earn ranking points this year.

The 90-time title winner couldn’t compete at the Australian Open and US Open this year, or any of the Masters 1000s in North America.

And he did not receive 2,000 points for winning Wimbledon after the ATP stripped the All England Club of their ranking points in response to the club banning Russian and Belarusian players.

Meanwhile, Nadal has suffered multiple injuries this season so may struggle to maintain a top three ranking for more than a year if his body is unable to let him compete consistently. The Spaniard has not played since last month’s US Open but looks set to make a comeback before the end of the season, according to his doctor.