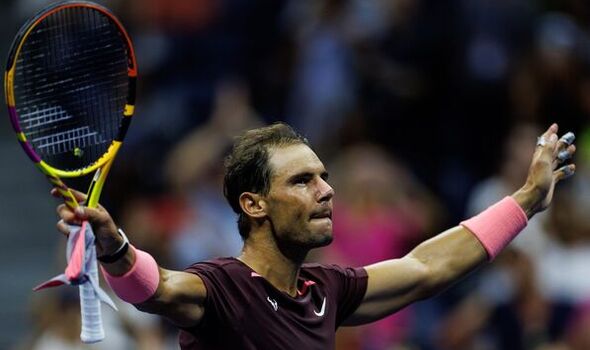 Rafael Nadal has assured fans that his wife and son are both doing ‘very well’ after the star became a father for the first time last Saturday. The tennis icon had been silent since it emerged that partner Mery Perello had given birth at a Palma hospital on the island of Mallorca.

In September, the 21-time Grand Slam champion left the Laver Cup in London early, having teamed up with Roger Federer for the final match of the Swiss maestro’s career. His Twitter account hadn’t been active until September 30, until Thursday night when he broke his silence.

“Hello everyone,” wrote the Spaniard, along with two emojis. “After a few days and many loving messages I just wanted to thank you all! We are very happy and everyone is very well! A big hug.”

And the star, who boasts a following of 15.8 million, soon had floods of congratulatory messages in reply: “Many many congratulations king for the birth of prince,” wrote @HassanTalal23, while @_santillanmx said: “Your Majesty makes a statement after the birth of your Royal Highness of Tennis.”

Despite being plagued by injury for much of 2022, Nadal enjoyed a stellar first half of the year as he captured both the Australian and French Open titles. However, his hopes of a calendar slam were then scuppered by a abdominal injury which forced him to withdraw from his Wimbledon semi final with Nick Kyrgios.

He recovered in time to play the US Open in September, but hopes of a 23rd Slam crown were ended in the last 16 by Frances Tiafoe. The young American won in four sets, in what proved the final singles match of Nadal’s season.

Whether his schedule is affected by fatherhood next year remains to be seen. Andy Murray, who has four children, has warned his rival and friend this week that his levels of motivation may now change.

After arriving in Spain for the Gijon Open, he told Cadena SER: “I think he also had his first child with his partner a few days ago. It will be interesting to see if he increases the level of motivation or if he reduces it by competing, I don’t know, but yeah, he’s had an amazing year this year.”

Emma Raducanu explains why she’s ‘happy’ after US Open loss