Home » Tennis » Naomi Osaka through to US Open fourth round 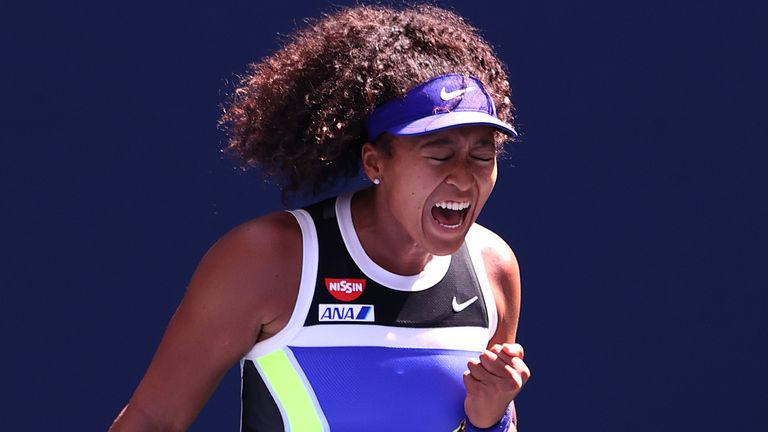 Naomi Osaka showed her determination to see off Marta Kostyuk 6-3 6-7 (4-7) 6-2 and progress into the fourth round of the US Open.

The 2018 champion’s encounter with the 19-year-old was her longest match of the Slam, lasting two hours and 33 minutes, and will certainly have been a test for her injured hamstring.

After capitalising on Kostyuk’s 18 unforced errors in the first set, Osaka was taken to a tie-break in the second and threw her racket down after conceding the set.

Osaka, who is seeded fourth, was then one point from trailing 3-1 in the deciding set. However, she saved five break points to claw it back to two games apiece, and then went on a five-game run to conclude the match.

Osaka has vowed to continue highlighting issues of racial injustice and is wearing a mask bearing the name of a different shooting victim for each round that she remains in this year’s tournament. For this match, she honoured Ahmaud Arbery.

“A lot of people ask me if I feel more stressed out ever since I started speaking out more”, she said earlier in the Slam.

“To be honest, not really. At this point, like, if you don’t like me, it is what it is. You know what I mean? I’m kind of here for pride. I don’t have to be here.

“I just feel like we’re heading towards a great direction, and there’s a lot of players that are supporting it. I think there are a lot of voices that are contributing towards a lot of things, so it’s definitely very nice to see.”

The 2018 champion will face either Magda Linette or Anett Kontaveit in the fourth round. 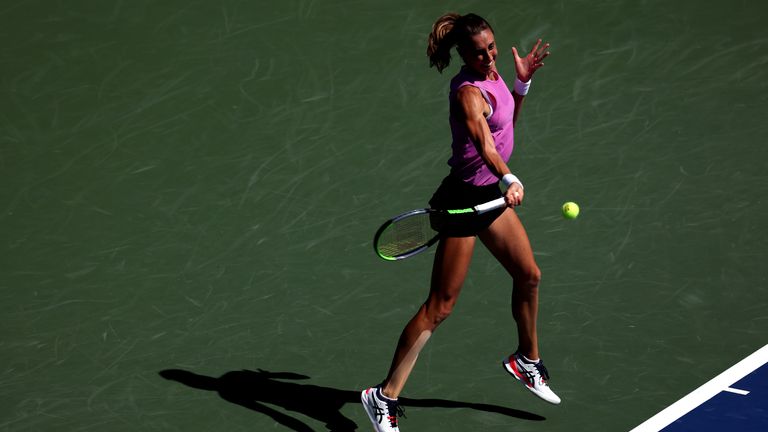 Earlier in the day, Petra Martic was the first player to progress into the fourth round of the women’s draw, with a victory over Varvara Gracheva.

Gracheva was potentially a dangerous opponent for the eighth seed as she came back from 6-1, 5-1 and four match points down against Kristina Mladenovic in round two. However, she could not repeat her heroics.

Instead, Gracheva made 33 unforced errors and Martic capitalised on them to prevail 6-3 6-3 in one hour and 27 minutes.

Martic’s opponent in the next round will be Yulia Putintseva, who came through in three sets against Aliaksandra Sasnovich.

Meanwhile, a 6-3 6-4 win for Angelique Kerber over Ann Li means that she has moved into the round of 16 without dropping a set.