A tearful Naomi Osaka plans to take another break from tennis after her shock US Open exit.

The defending champion lost 5-7 7-6 (2) 6-4 to 18-year-old Leylah Fernandez on Arthur Ashe Stadium having served for the match in the second set.

It was a surprise ending to her first grand slam back after withdrawing from the French Open and Wimbledon due to mental health issues.

The 23-year-old’s future in the game must now be in doubt after she said she will not play again for a “while”.

Holding back tears in her post-match press conference, she said: “This is very hard to articulate. Basically I feel like I’m kind of at this point where I’m trying to figure out what I want to do, and I honestly don’t know when I’m going to play my next tennis match. Sorry.

“I think I’m going to take a break from playing for a while.

“How do I go around saying this? I feel like for me recently when I win I don’t feel happy. I feel more like a relief. And then when I lose, I feel very sad. I don’t think that’s normal. I didn’t really want to cry.” 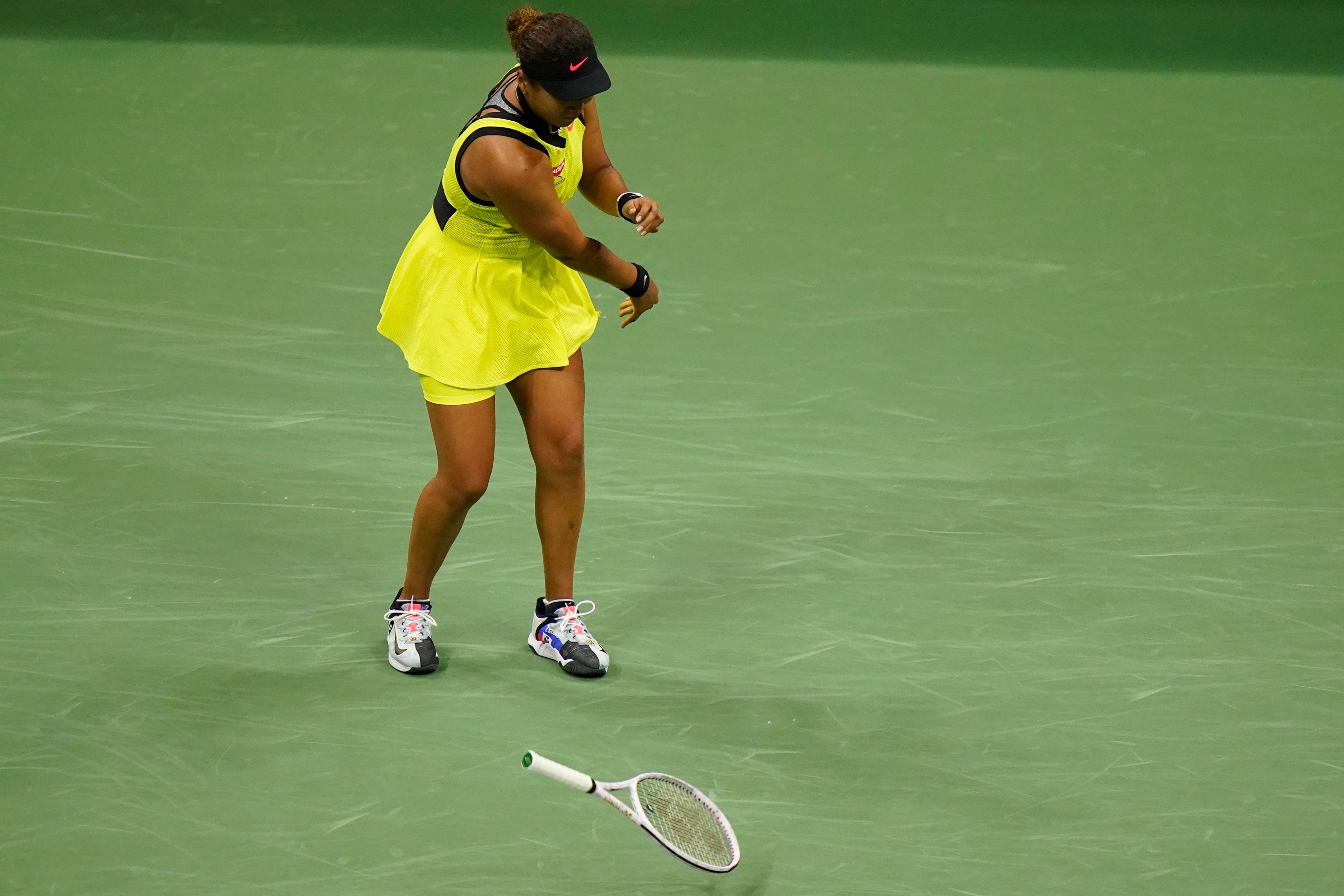 Things looked like being different as Osaka, the 2018 and 2020 champion in New York served for what would have been a straight-sets victory.

But Fernandez broke to send it to a second-set tiebreak and the wheels came off for Osaka over a 15-minute period.

The Canadian raised her level, but Osaka’s radar was off and a splurge of unforced errors saw her lose the set.

That carried over into the early part of the decider as Fernandez immediately broke, with Osaka smashing her racket and later receiving a code violation for hitting the ball into the crowd.

Osaka added: “I’m really sorry about that. I’m not really sure why. I felt like I was pretty…I was telling myself to be calm, but I feel like maybe there was a boiling point.

“Like normally I feel like I like challenges. But recently I feel very anxious when things don’t go my way, and I feel like you can feel that. I’m not really sure why it happens the way it happens now.

“You could kind of see that. I was kind of like a little kid.”

While Osaka goes through turmoil, it was a dream night for teenager Fernandez, who racked up her career-best win against one of her idols.

The victory was not all about Osaka’s capitulation, though, as the Canadian served excellently and came up with some huge winners.

And she was only concentrating on her side of the net.

“Like I said, I wasn’t really focused on Naomi,” she said.

“I was only focused on myself, my game, what I needed to do.

“Having the crowd there supporting me and backing me up after every point, it’s amazing. It gave me the energy to keep fighting, to keep working and keep running for those balls that she hit.

“I was just glad that I was able to put on a show for everyone that came to watch.”

On her admiration of Osaka’s game, she added: “I think that gave me an advantage. I’ve watched her win the US Open, her first US Open.

“I watched her win the Australian Open the very next year. Just seeing her and learning from her game has helped me shape who I am right now.

“She’s a great example for anybody that’s on tour and all the little girls in the world.

“I’m just glad that I had the opportunity to play against her tonight and to show everyone that I’m also able to compete against the best players up there.”