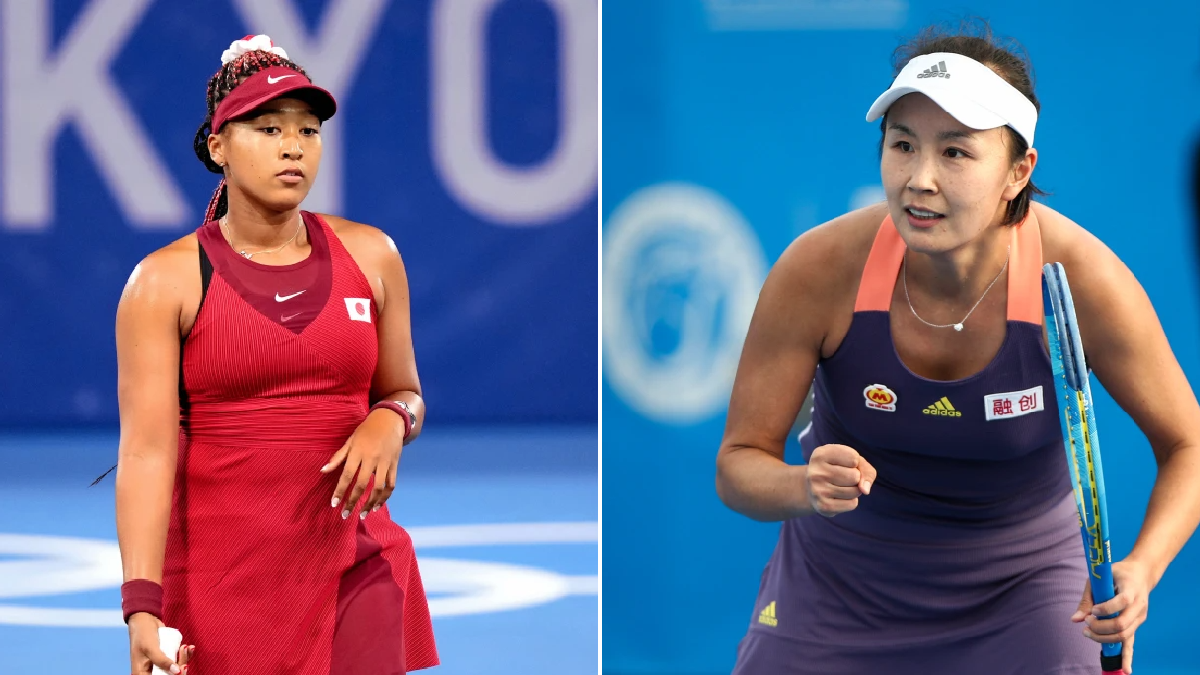 Naomi Osaka says she is ‘in shock’ regarding the ongoing situation involving Chinese tennis player Peng Shuai who has not been seen or heard from in two weeks.

The Women’s Tennis Association (WTA) has confirmed she is ‘safe and not under any physical threat’ but they were not able to reach her directly.

Meanwhile, Zhang has not responded to the claims made by the former number one ranked tennis doubles player who alleges she was ‘forced’ into a sexual relationship with the man who served as a close ally of Chinese President Xi Jinping

Four-time Grand Slam champion Osaka has now sent Peng a message on social media as well as raising awareness of the situation to her 1.1m followers.

She posted on Twitter: ‘Hey everyone, not sure if you’ve been following the news but I was recently informed of a fellow tennis player that has gone missing shortly after revealing that she has been sexually abused.

‘Censorship is never OK at any cost, I hope Peng Shuai and her family are safe and OK.

‘I’m in shock of the current situation and I’m sending love and light her way. #whereispengshuai.’

World No.1 Novak Djokovic also spoke out on the matter at the ATP Finals in Turin this week.

‘I don’t have much information about it. I did hear about it a week ago,’ he said.

‘Honestly, it’s shocking that she’s missing, more so that it’s someone that I have seen on the tour in the previous years quite a few times.

‘It’s not much more to say than hope that she will be found, that she’s OK. It’s just terrible. I can imagine just how her family feels that she’s missing.’

Chief Executive of the WTA, Steve Simon, has called on Chinese authorities to conduct ‘a full and transparent investigation’ into Peng’s allegations while commending her for coming forward.

‘We commend Peng Shuai for her remarkable courage… women around the world are finding their voices so injustices can be corrected,’ he said.

On this day in 2016: Andy Murray loses French Open final to Novak Djokovic