Naomi Osaka has vowed to continue highlighting issues of racial injustice after
reaching the second round of the US Open on Monday.

Osaka, who initially pulled out of her semi-final at last week’s Western & Southern Open in solidarity with protesters, wore a face-mask onto the court bearing the name of Breonna Taylor, who was shot dead by police in Louisville in March.

The 22-year-old Osaka said after her 6-2 5-7 6-2 win that she planned to wear a mask bearing the name of a different shooting victim for each round that she remains in this year’s tournament.

Osaka told Amazon Prime: “Actually I have seven (masks), and it’s quite sad that seven masks isn’t enough for the amount of names.

“So hopefully I will get to the finals and you can see all of them.” 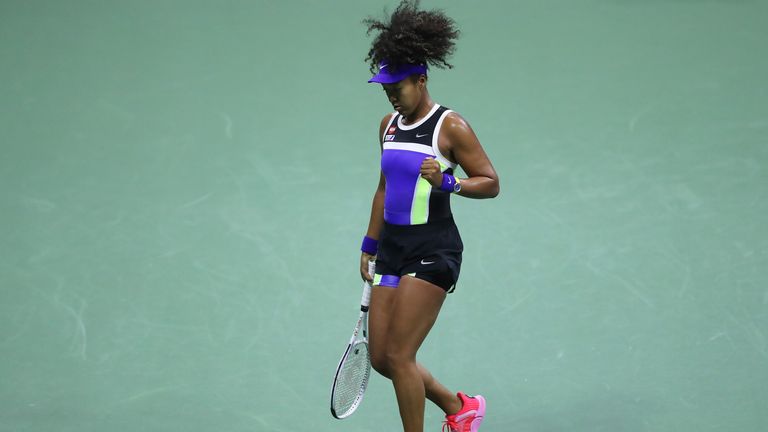 She later told a press conference: “For me, I just want to spread awareness. I’m aware that tennis is watched all over the world, and maybe there is someone that doesn’t know Breonna Taylor’s story. Maybe they’ll like Google it or something.

“I feel like the more people know the story, then the more interesting or interested they’ll become in it.

“A lot of people ask me if I feel more stressed out ever since I started speaking out more. To be honest, not really. At this point, like, if you don’t like me, it is what it is. You know what I mean? I’m kind of here for pride. I don’t have to be here

“I just feel like we’re heading towards a great direction, and there’s a lot of players that are supporting it. I think there are a lot of voices that are contributing towards a lot of things, so it’s definitely very nice to see.”

Osaka had reversed her decision to withdraw from last week’s tournament after discussions with organisers, only to subsequently pull out ahead of the final against Victoria Azarenka due to a hamstring injury. And that affliction appeared evident in the way she laboured for long periods, requiring just over two hours to secure victory over an opponent who had won just one match in seven previous appearances in the US Open main draw.

“It was very difficult and I kind of expected it because I know she’s a tough opponent,” added Osaka. “I knew there was a chance it would get really long and I’ll just have to see how I feel tomorrow.”

US Open 2020: Coco Gauff knocked out on day one