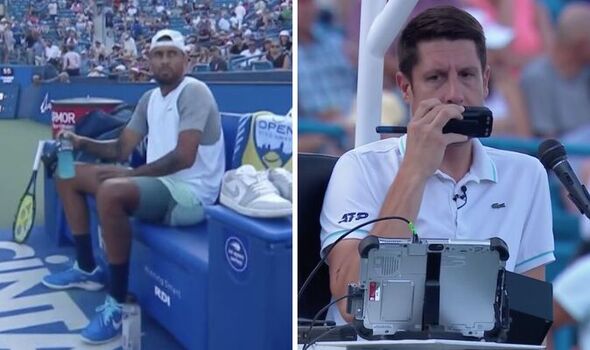 Nick Kyrgios ranted to the chair umpire just three games into his Cincinnati clash with Taylor Fritz as he complained about the “standards”. The world No 28 took issue with the court surface and fans walking in and out between points as Renaud Lichtenstein warned he would be penalised for his x-rated language.

Kyrgios is facing Fritz in his second round at the Western & Southern Open, but grew frustrated during the third game as the 11th seed held for a 2-1 lead and started ranting towards the chair umpire. “The highest level we play in and you guys can’t get something like that right. It’s embarrassing,” he could be heard saying as he approached his bench for the first changeover of the match, annoyed with the flickering of the on-court screens.

“Do something about it,” he told Lichtenstein, who responded: “I told you, I called already. And I’m gonna call again and again and again.” The Aussie then voiced other frustrations he’d had during his opening match on Tuesday as he started ranting and swearing, being warned that he would be penalised for his language.

He chuntered: “Yesterday you couldn’t even clean this f****** thing up. I was drinking someone else’s water. Today the screens. What about tomorrow? Standards. Standards.” 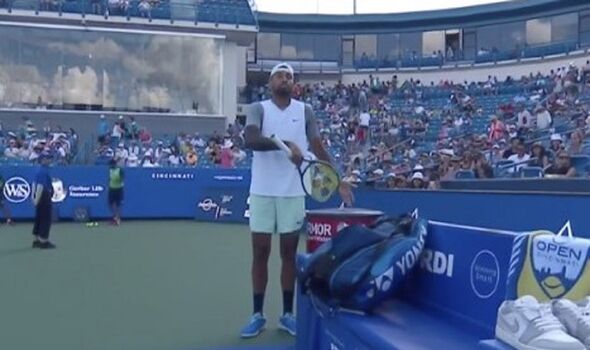 At the next change of ends, Kyrgios then complained about fans moving around and talking during games, as he confronted the umpire once again about “people f****** walking around mid-point.” But the French umpire warned him as he responded: “Stop using the F-word or you will get a penalty every time.”

“Sometimes you play with them moving, sometimes you don’t,” Kyrgios quipped back: “Is it normal for people to leave in the middle of the point?” and began criticising Lichtenstein’s ability to do his job when the chair umpire said it wasn’t.

He fired back: “So announce it, you have a microphone. What’s your job, to control the match? Why aren’t you controlling the match? Why don’t you do your job properly? If everyone did their job I would have no problem.” 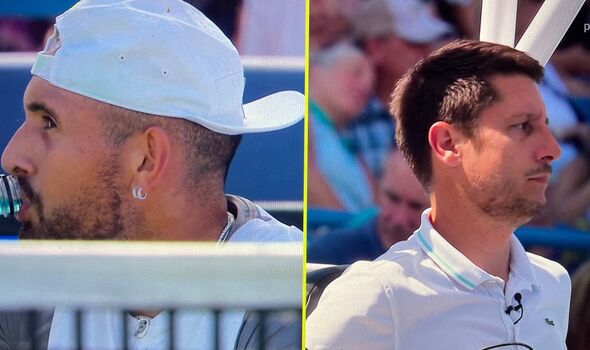 But it seemed that the Frenchman wasn’t falling for Kyrgios’ antics as he fired back with his own sarcastic reply. “Then I do my job very badly. I do it very badly,” he told the 27-year-old. “We agree on that. You think that.”

Kyrgios was then quick to clarify as he replied: “Most of the time you do a great job.” The world No 28 then went on to lose the set 6-3, calling for the physio at the changeover and admitting to his box that he felt his body was giving in.