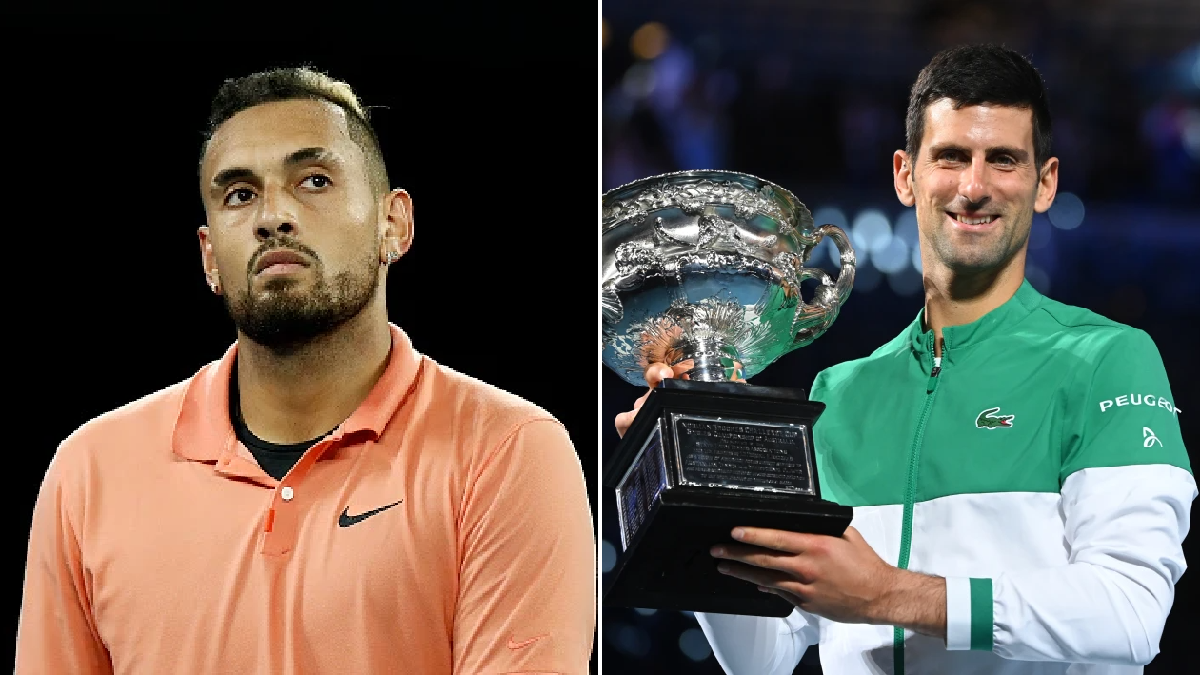 Nick Kyrgios has criticised the response to Novak Djokovic’s vaccine visa row as the tennis world number one faces deportation from Australia.

Djokovic, widely regarded as one of the best players of all time, has been denied entry to Australia after his visa was revoked upon his arrival in Melbourne.

The 20-time Grand Slam champion is being held at a detention centre until his hearing on Monday morning, having thought he could defend his Australian Open title due to a medical exemption for the Covid-19 vaccine.

Tournament organisers insisted Djokovic has been granted medical exemption but the decision caused much controversy in Australia, where over 90% of the adult population are fully vaccinated.

Djokovic has been criticised by many fans and fellow players – including long-time rival Rafael Nadal – but Australian star Kyrgios says the response has been ‘really bad’.

‘Look I definitely believe in taking action, I got vaccinated because of others and for my mum’s health,’ Kyrgios said on social medial.

‘But how we are handling Novak’s situation is bad, really bad. Like these memes, headlines, this is one of our great champions but at the end of the day, he is human. Do better.’

Djokovic will discover his fate at 10am local time on Monday and Australia deputy prime minister, Barnaby Joyce, insists the nine-time Australian Open champion should be deported if he has not told the truth.

‘Then he’s taking the sovereign capacity of another nation for a joke,’ Mr Joyce told the BBC. ‘You can’t just wander around the world thinking that because you’re really rich you’re really above the laws of other nations.’

Djokovic’s team are fuming with the situation and his mother has claimed her son is being treated ‘like a prisoner’ inside a detention hotel that is ‘dirty’ and has ‘bugs’.

‘I spoke with him a couple of hours ago, he was good, we didn’t speak a lot but we spoke for a few minutes. He was trying to sleep, but he couldn’t,’ Dijana Djokovic said at a press conference in Belgrade on Thursday.

‘As a mother, what can I say, you can just imagine how I feel, I feel terrible since yesterday, the last 24 hours.

‘They are keeping him like a prisoner, it’s just not fair, it’s not human. I hope he will stay strong as we are also trying, to give him some energy to keep going. I hope he will win.

‘His accommodation [is] terrible. It’s just some small, immigration hotel, if it is a hotel at all. With bugs, it’s all dirty, the food is terrible. They don’t want to give him a chance to move to a better hotel or a rented house.’

British stars in the dark over travel plans for Australian Open