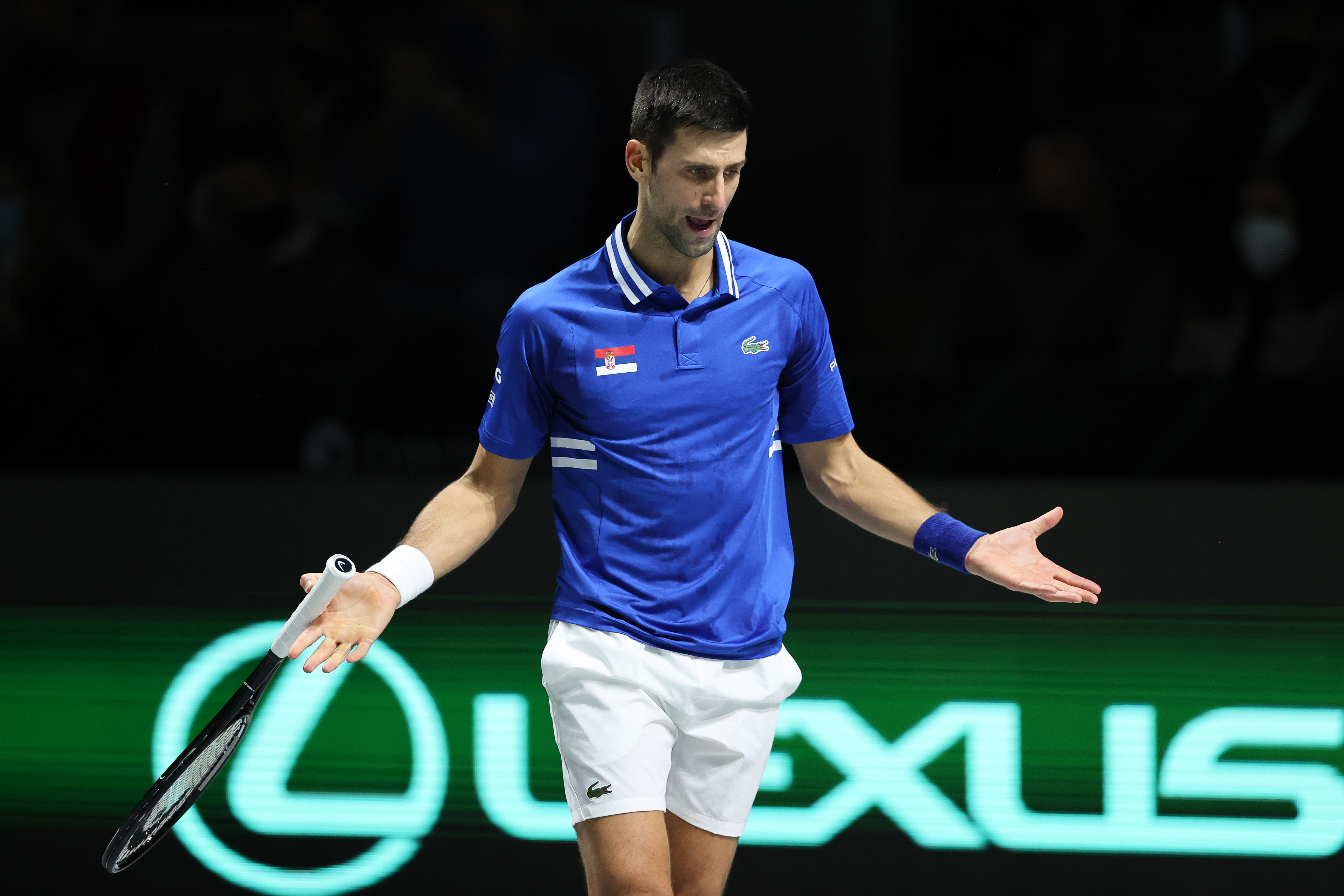 Novak Djokovic has been allowed to leave his detention hotel by the court hearing his public appeal as he aims to avoid being deported from Australia.

A court hearing is underway to determine whether the world No.1 will be successful in his appeal against a decision to refuse the tennis player a visa ahead of the Australian Open.

Djokovic has been held at a detention immigration hotel, Park Hotel, since Thursday morning after his visa was denied upon landing at Melbourne airport despite him having been granted a medical exemption to play at the first Grand Slam of the year.

Midway through today’s court hearing and the Serb’s lawyers presenting their case, the federal circuit court published the order that shows yesterday Judge Anthony Kelly agreed to allow the 20-time Grand Slam champion to view the hearing away from his current living quarters.

The order states: ‘The respondent, by her servants or agents, including the Australian Border Force, take all steps and do all things as may be necessary to bring the applicant to premises as specified by the applicant’s solicitors on Monday, 10 January 2022 (and each day thereafter, including upon the delivery of judgment), to permit him to remain there until the conclusion of each hearing and to secure his safe return to detention upon the conclusion of each hearing.’

The order does not state where Djokovic is viewing today’s hearing from.

Fans have gathered outside his hotel in recent days to show their support while he awaits today’s verdict ahead of the Australian Open starting on January 17.

His family have publicly criticised the way Djokovic is being treated ‘like a prisoner’ in the hotel but it seems he’s unlikely to be moving into a better one any time soon.

His legal team haven’t clarified where he will be taken to for these hearings but Djokovic will be returned to the Park Hotel at the conclusion of each hearing.

His lawyers have been presenting their case over video but Djokovic almost certainly won’t be heading to the law firm’s offices, who have a no vaccination, no entry policy.

Djokovic, who has previously refused to go public with his coronavirus vaccination status, contracted Covid-19 on December 16 and was free from symptoms before he arrived in Australia.

The Serb’s lawyers argued he met the criteria for a temporary exemption under Australian Technical Advisory Group on Immunisation (ATAGI) guidelines and that he was denied procedural fairness during the decision to revoke his visa.

However, government submissions argued that he is mistaken on the exemption claim and incorrect in his claims about the fairness of the process.

They maintain ATAGI advice is clear that past infection is not a contraindication for infection and instead a person can defer vaccination for six months after acute illness.

Nick Kyrgios drops OUT of Wimbledon after retiring through injury