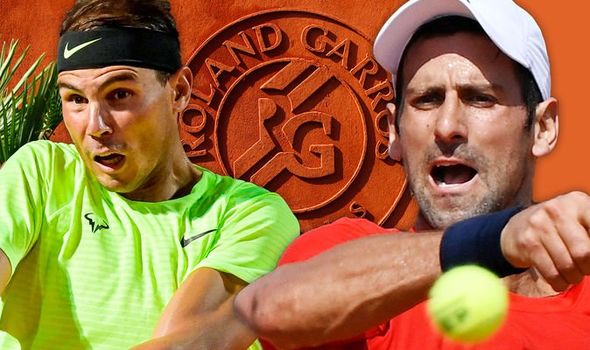 Novak Djokovic has admitted he is already looking ahead to the French Open, where he will look to dethrone the ‘King of Clay’ himself Rafael Nadal. The clay-court season’s first tournament saw both Djokovic and Nadal claim routine victories on Wednesday to cruise through to the third round of the Italian Open.

The Rome Masters precedes the rescheduled French Open, the third Grand Slam of the 2020 calendar year.

Last week, Dominic Thiem was triumphant to claim his first career major at the US Open, where Nadal was absent due to coronavirus concerns and Djokovic was defaulted after unintentionally striking a ball umpire in the neck.

It ended the Serbian’s 29-match-winning streak and also his hopes of moving within one Slam triumph of Nadal and two of all-time record-holder Roger Federer, out for the rest of 2020 after knee surgery.

He had been the major favourite to be victorious but had to watch Thiem defeat Alexander Zverev in the final instead.

Djokovic got back out on court for the first time since the drama of his New York exit to beat Italy’s Salvatore Caruso 6-3, 6-2. 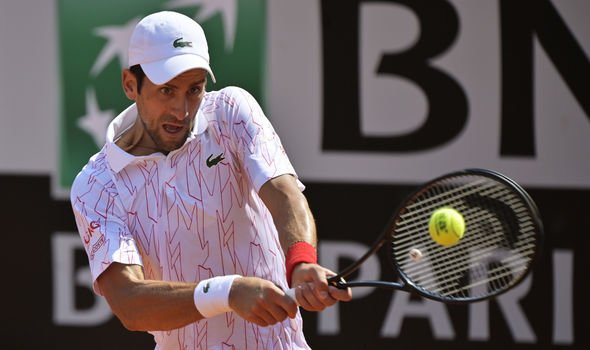 While Nadal was triumphant against his countryman Pablo Carreno Busta in his first ATP Tour match since February, winning 6-1, 6-1 with his fellow Spaniard perhaps suffering from his run to the US Open semi-finals just last week before he fell to Zverev in the final four.

And with Roland Garros, where Nadal is the reigning champion and a record 12-time winner, beginning just next week, Djokovic admits he is hoping to use his time in Rome to be going to Paris in peak condition knowing he could come up against his long-time rival in the latter stages of the tournament – just as he could in Italy.

Nadal is near undefeatable at the French Open but Djokovic did eliminate him from his favoured tournament on the red clay in the 2015 quarter-finals, only to lose to Stan Wawrinka in the final.

The 33-year-old, who won the Australian Open before the COVID-19 pandemic, said of his recent winning run ending with his US Open default: “I don’t consider myself unbeaten in general, everybody is beatable.

“I know I didn’t finish the match at the US Open and officially it is the first loss of the year so that is fine, I don’t pay attention to that anymore.

“The important thing is the confidence is still there regardless of the change of surface, I still feel confident and comfortable with my game. 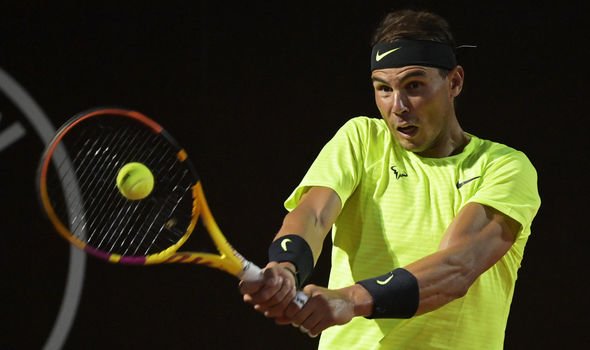 “Hopefully I can build that stride more and more as I move deeper in the tournament and prior to Roland Garros obviously.”

On his win over Caruso, which got him back on course, 17-time Grand Slam winner Djokovic continued: “I wouldn’t say I recovered happiness because I am happy regardless of tennis.

“I am happy in life and I draw my happiness from other things, I don’t draw it only if I win or lose a tennis match.

“The situation in New York, it was the first time that something like this happened to me. And of course mentally I was kind of up and down a little bit for four or five days after that.

“Then the training started on clay, I had a really good three or four practice days, preparation was fine.

“I was actually looking forward to getting an official match as soon as possible after what happened in New York because I feel like the sentiment on the court needs to be positive and I need to remove anything that can possibly cause any kind issues to me if there is something.

“I didn’t feel I had any mental or emotional blockages or any dramas playing the match today. On the contrary, I felt I felt very comfortable playing.

“I felt very comfortably playing. I’m very pleased with the way I handled myself in important moments, I was in control of the match, served well, moved well, constructed the points as the clay courts demand. 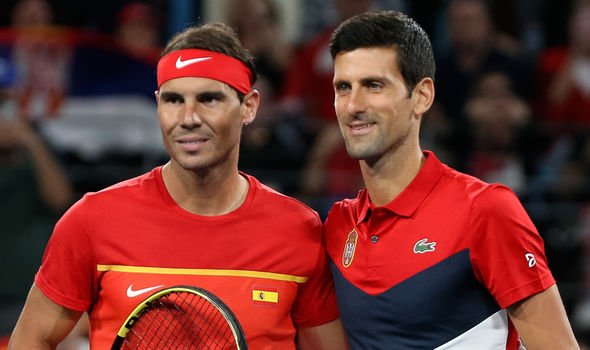 “Everything went well. It was great from the beginning to the end. The way I played, the way I felt. Mentally, physically as well. Everything is in check, the way it’s supposed to be.”

Nadal, speaking after his win over Carreno Busta later in the day, said: “It is good to be back on the tour, obviously the feeling is not the best playing without the crowd, especially here in Rome, where the crowd is fantastic. I miss them honestly.

“I played a good match, maybe he was a little bit tired after all his matches in New York, he played an amazing tournament.

“It was a perfect start for me. I played solid, [and I hit] some good shots on the forehand and backhand, not missing much.

“I didn’t expect to play that well first match. It was the perfect start for me.”

Roger Federer says he is retiring from professional tennis

Major upset in French Open as former No. 1 exits