Mats Wilander believes that Novak Djokovic is on the way to surpassing Roger Federer and Rafael Nadal as the greatest male tennis player of all time. The world No 1 won an epic semi-final clash at the French Open against Nadal to book his place in Sunday’s final.

Djokovic won 3-6 6-3 7-6 6-2 in what was just Nadal’s third-ever loss at an event in which he has been dominant since winning his first title at Roland Garros in 2005.

The 13-time French Open champion had never lost a match at the tournament after winning the opening set and had won all 13 of his previous semi-finals on the clay courts of Paris before losing to Djokovic.

And three-time French Open winner Wilander believes that the Serb is closing in on cementing his status as the greatest male tennis player.

Novak could be on 19 after this and there could be three guys on 20 after Wimbledon. We have to start talking about the GOAT,” Wilander told Eurosport. 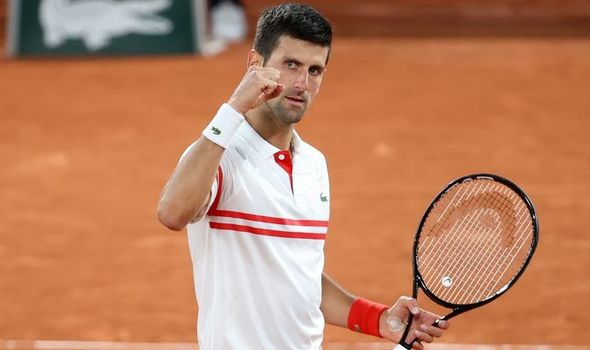 “It seemed like the courts were playing really fast and they had so little time and both players had to anticipate when the other player hit.

Novak, that’s as aggressive as I have seen him be on a clay court especially at Roland-Garros.

“Novak says this is the greatest match he’s played against Rafa at Roland-Garros and of course he’s beaten him once before.

But it gets to the point where you can’t overlook these numbers.” 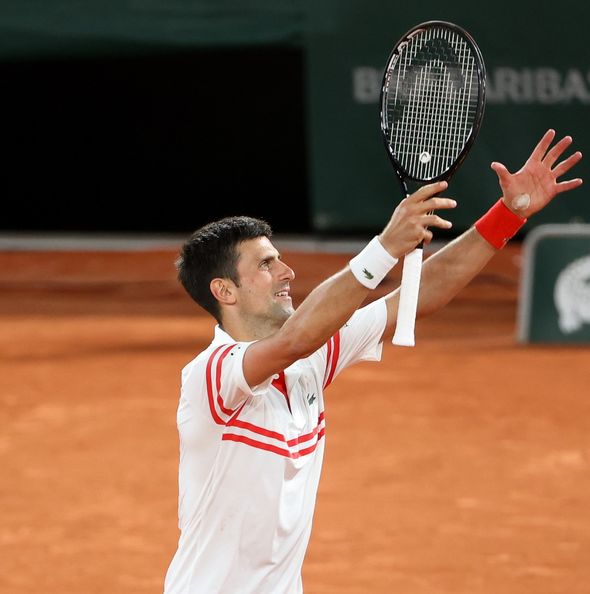 Victory on Sunday would see Djokovic become the first male player in the Open era to win all four Grand Slams on two separate occasions having won just one previous French Open.

But Wilander warns that his epic four-hour win over Nadal could have been energy sapping ahead of the final.

“Obviously he has got Stefanos Tsitsipas in the finals and he will be liking what he saw in terms of the hours Novak had to spend,” he added.

Tsitsipas will be playing in his first-ever Grand Slam final and could become the first Greek player to win a Grand Slam if he wins on Sunday.