Novak Djokovic’s wife has revealed that the Serbian tennis star had booked a flight home before the Australian Open final. Djokovic continued his dominance of the Grand Slam by overwhelming Daniil Medvedev to win a record-extending ninth men’s title.

The 33-year-old revealed he tore an abdominal oblique muscle during his third-round victory against Taylor Fritz.

That almost led to Djokovic cutting short his tournament, but he chose to stay and ultimately went on to win the Grand Slam by defeating Medvedev 7-5, 6-2, 6-2.

“The pain was at the level that was bearable for me. I just accepted the fact that I’m going to have to play with the pain,” he said of the injury.

“I was quite worried. [It] did not look realistic that I could actually play. I didn’t know until two hours before the fourth-round match.” 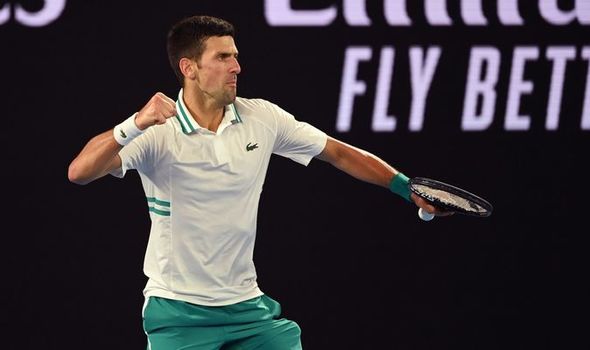 And now Djokovic’s wife Jelena has revealed just how close he came to ending his tournament early due to the tear.

“I was scrolling down my messages from last weekend with Edo and Ele; so strange, we had his ticket booked to fly back home thinking there is no way he can play with such pain,” she wrote on Twitter.

The 18-time Grand Slam winner tore the muscle during a five-set victory over Fritz nine days ago, which left him barely able to serve and move.

But he battled on through the pain, defeating two former World No. 3s in Milos Raonic and Alexander Zverev, before dispatching Medvedev, who was on a 20-match winning streak. 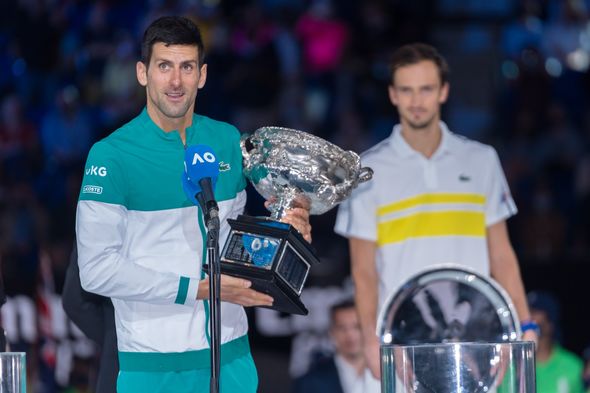 Medvedev had been heavily tipped to win with Djokovic carrying the injury, but it proved to be the Serb who dominated.

The fourth seed had only had his serve broken eight times in the previous six rounds, but was broken at least twice in each set by the World No. 1.

That included Djokovic dominating during Medvedev’s second serve, as he won 19 of 28 points. 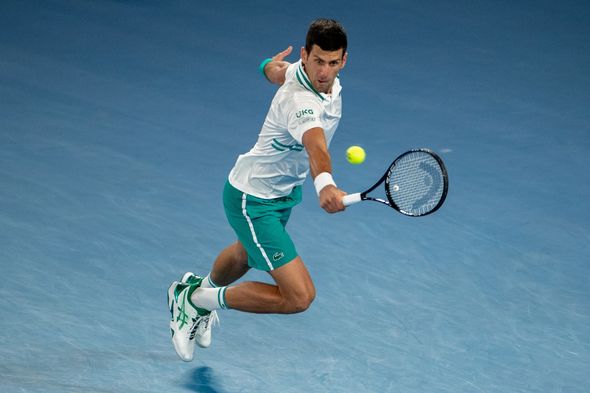 The champion confirmed after the match that he would be facing a layoff after playing through the pain.

“It’s not healed up. I’m going to go do another MRI tomorrow before I travel back but I’m definitely going to take some time off,” he said.

“I don’t know how long it’s going to take but my whole energy and focus was here in Australia.

“If there was any tournament that I wanted to risk even more damage or try my very hardest to battle, it’s here in a Grand Slam.”