Seven-time Grand Slam winner Mats Wilander thinks Novak Djokovic has a big worry heading into his French Open semi-final clash with Stefanos Tsitsipas as his injury is apparently worse than he is letting on.

Djokovic struggled with an arm problem during his four-set quarter-final victory over Pablo Carreno Busta.

The Serbian played down the issue in his post-match press conference but Wilander reckons his injury could hinder him in the latter stages.

Tsitsipas awaits Djokovic tomorrow before a potential gruelling battle with the King of Clay Nadal.

“I think Novak’s injury is a big worry,” Wilander told Eurosport. “He obviously doesn’t want to show his opponent that he is injured walking onto the court.

“Pablo Carreno Busta hinted that he always does that – I don’t think Novak wants to do that when he’s down. 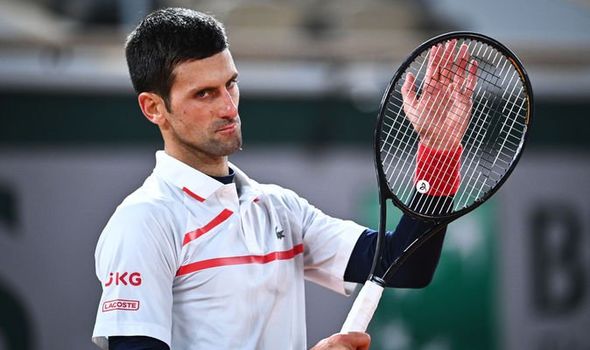 “I don’t think he wants to show his opponent that he is feeling an injury. It’s a legitimate injury that’s going to be there and if he doesn’t get a good start then that could be a problem.

“Clearly it took him some time to warm his body yesterday, and that’s going to be the same tomorrow and again in the finals.

“I would say it’s a worry for sure because these next two matches for any player are going to be absolutely brutal in length and physicality.

“You are going to run for a long time. They will be two marathon matches.”

Greek star Tsitsipas admitted he will not be thinking about his opponents injury heading into the tie.

“An injury is not going to play anything,” Tsitsipas said.

“We might as well just forget about it because I’m approaching that match with the same intensity and the same focus that I’ve been doing the last few matches.” 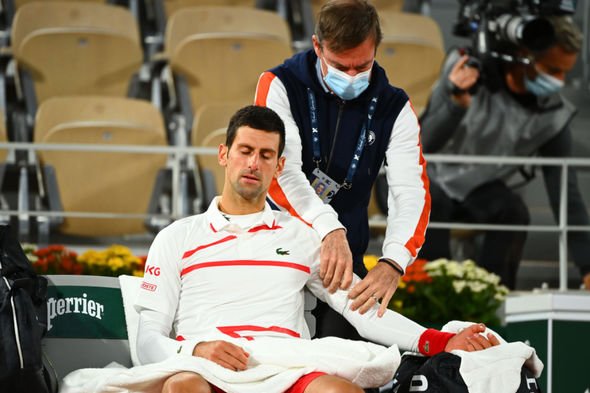 “He didn’t surprise me [that he asked for a physio],” the Spaniard said.

“It’s a good thing. It’s a sign that he is losing and that I was playing well, because he always does that.

“It’s something that he has been doing for years. When he is down, he asks for the trainer.”