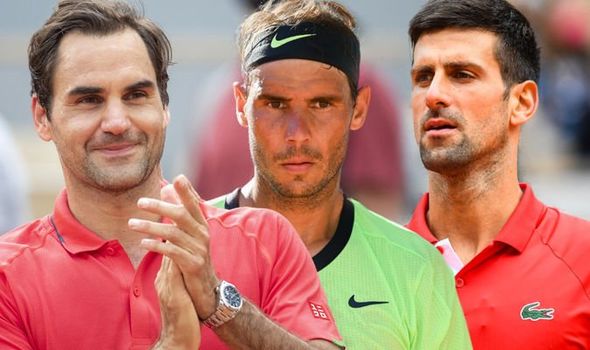 Novak Djokovic feels full of energy at the French Open and has warned rivals Roger Federer and Rafael Nadal he could hardly have played better in his third-round straight-sets thrashing of Ricardas Berankis in Paris.

The Serbian moved into round four, where he faces Italian teenager Lorenzo Musetti, courtesy of a 6-1, 6-4, 6-1 victory on Court Philippe Chatrier that took just one hour and 32 minutes.

After three matches, Djokovic has still to drop a set at Roland Garros as he bids to win the event for just the second time after 2016 to clinch a 19th Grand Slam.

Djokovic did not face a single break point against Berankis and converted six of the nine he earned for himself against the 93rd-ranked Lithuanian.

With his triumph, he becomes the first player ever in the Open Era to reach the round of 16 at the French Open for 12 consecutive years.

Big Three rivals Federer and Nadal managed 11 straight last-16 appearances between 2005 and 2015 but Djokovic has surpassed the duo.

And the world No 1 will be the huge favourite against Musetti too, although the Monte Carlo-born 19-year-old beat Diego Schwartzman in Acapulco earlier this year. 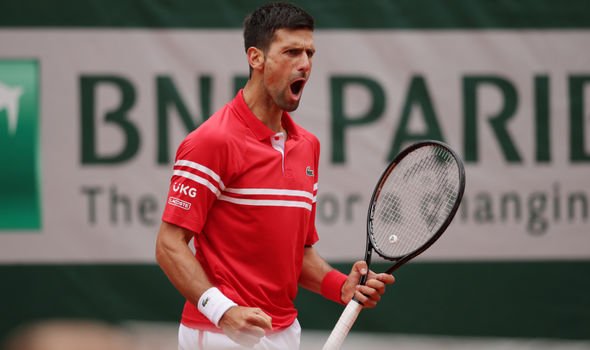 Victory there could set up a quarter-final showdown against Federer and beating the Swiss would likely then set up a rematch of last year’s final against Nadal in the semis on the red dirt.

But Djokovic, the Australian Open winner, insists he feels in brilliant shape physically and in terms of his form on the court.

“I’m always my biggest critic and you can always do certain things better, but it couldn’t be much better than this,” Djokovic told Eurosport.

“Especially the first and third sets. I served well, moved well and made him play.”

The 18-time Grand Slam winner was back at home in Serbia to clinch the 83rd title of his career in Belgrade last week having lost to Nadal in the Italian Open final before that.

And Djokovic believes he has taken plenty from his Belgrade triumph that stands him in good stead in the French capital.

“I had a fantastic tournament in Belgrade and played at the level I desired in Rome,” he added.

“Coming into Paris I felt I didn’t spend too much energy, I actually felt I gained a lot of energy from Belgrade. So far it has proved to be a good call.”

Nadal, who turned 35 earlier in the week, meanwhile came through the test of in-form Briton Cameron Norrie in the third round, winning 6-3, 6-3, 6-3.

The 13-time Roland Garros champion, known as the ‘King of Clay’, was given a tough test but has still yet to drop a set at his favourite tournament since the 2019 final against Dominic Thiem. 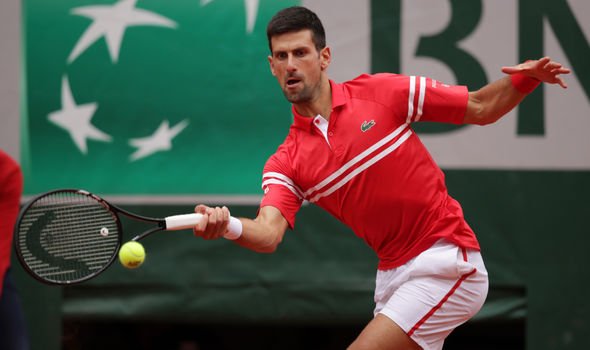 “Even though he is the greatest ever on clay, he still wants to improve and he is still learning a lot of shots.

“His touch is much better, he is serving much bigger. But the stat I like about Rafa – not many people know this – in the first three shots in a point, he makes those three shots over 90 per cent of the time.

“That’s what I think you have to tell the juniors these days: the first three shots are vital and look at Rafa can do and that is one of the reasons he is just so consistent.”

Nadal’s victory was his 103rd at the French Open, setting a new record for the most men’s singles victories at a single Slam previously held by Federer with 102 in Australia and at Wimbledon.

Djokovic and Nadal have won 17 of the last 20 Slams between them and look set for an enticing final-four showdown on current form.

Eighth seed Federer meanwhile, if he beats German Dominik Koepfer, is likely to take on world No 9 Matteo Berrettini in the fourth round.