Novak Djokovic has given Rafael Nadal even more hope of equalling Roger Federer’s Grand Slam record, according to Mats Wilander. Djokovic headed into his semi-final tie against Stefanos Tsitsipas carrying some clear injury issues from his quarter-final win over Pablo Carenno Busta.

But the world No 1 appeared to have shrugged off any problems by Friday evening as he quickly took a two-set lead.

The Greek tennis star though, who hadn’t dropped a set since the French Open first round prior to the match, pulled level to force a fifth set.

Djokovic ultimately stepped up another gear in the deciding set, winning 6-1.

Nadal though had little trouble securing his place in Sunday’s final as he beat Diego Schwartzman in straight sets. 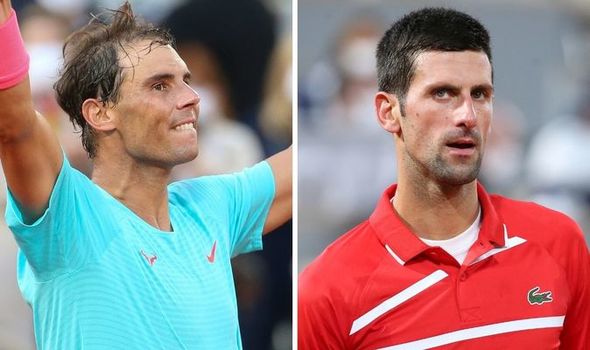 It sets up another fascinating Grand Slam final between Djokovic and Nadal.

Both will be playing each other in a record-tying ninth Grand Slam final, with the pair winning four apiece.

Nadal has the chance to match Federer’s record of 20 Grand Slam titles while Djokovic can move within two if he wins.

But Wilander believes Djokovic has already given Nadal the edge after taking nearly four hours to win his semi-final contest.

Novak Djokovic promises ‘battle’ against Rafael Nadal ahead of final

“For Novak Djokovic, that’s what he will be disappointed with,” Wilander said on Eurosport.

“He could have put this match away in three sets and didn’t do it.

“A match like this will add just a little bit for Novak in the final.

“I thought that going into the final that Rafa would need to make a good start. 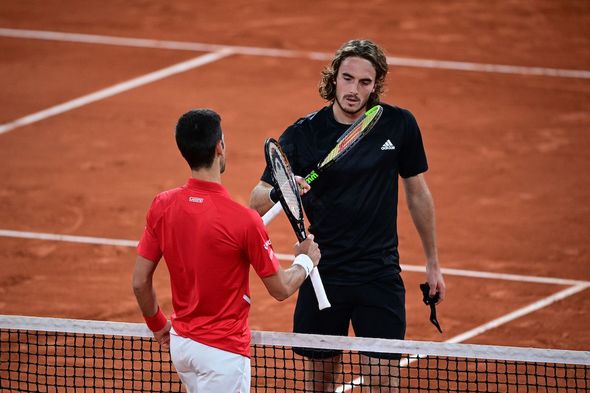 “But now after this match this evening, then maybe Novak is the one that needs a great start because he’ll be feeling this one a little bit.

“I think Rafa seeing Novak losing two sets gives Rafa another reason to literally go to the limit and beyond on the court before he loses on Sunday.”