Novak Djokovic has been knocked out of the ATP Cup despite beating Alexander Zverev in his singles match against the German after him and Jan-Lennard Struff beat the World No. 1 and Dusan Lajovic to claim a 2-1 win over Serbia.

Novak Djokovic’s streak in the ATP Cup came to a shuddering halt when Serbia were dumped out of the competition by Germany.

It came after Alexander Zverev bounced back from his singles defeat to the World No. 1 to claim victory along with his partner Jan-Lennard Struff 7-6(4), 5-7, 10-7.

Struff has been in fine fettle, having already won against Dusan Lajovic.

That came before teaming up with Zverev to claim a 2-1 victory over Serbia, knocking out the defending champion in the process. 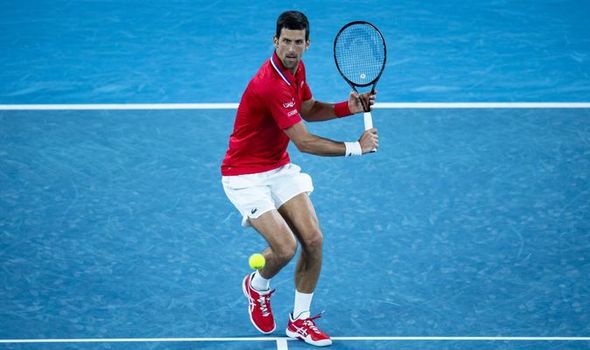 Germany will now face Russia in the semi-final on Saturday, with the final going ahead on Sunday.

Daniil Medvedev and Andrey Rublev will lead Russia, who are both ranked within the Top 10 of the FedEx ATP rankings.

And Djokovic could only admit that the German double act gave him and his partner a difficult match on a dramatic day at Melbourne.

“I thought we both played well,” he said on court.

“He definitely had a big serving match. It was so difficult to play against him today.

“Missiles from the other side of the court, both first and second serve.

“He was going for it, not too many double faults.

“You’ve got to give him credit for being courageous and trying his best… Overall it was a very enjoyable match.”