Novak Djokovic admits it will be ‘strange’ not to have Roger Federer and Rafael Nadal alongside him at the upcoming US Open as he aims to close the gap in the Grand Slam title race to his rivals.

Djokovic has arrived in New York for the Cincinnati Masters and US Open double-header which will take place at the Billie Jean King National Tennis Center this month.

As the world No 1 and on an 18-match winning streak this year, Djokovic will be the heavy favourite to claim both titles.

While Federer and Nadal have not beaten Djokovic at a Grand Slam since 2012 and 2014 respectively, their absence at the US Open will be keenly felt.

It means that if Djokovic is successful, he can close the gap to Nadal and Federer in the all-time list of Grand Slam wins. 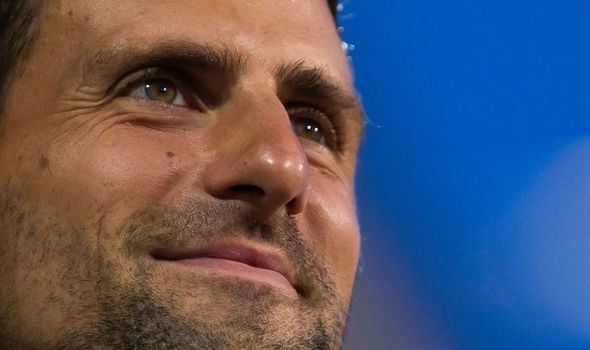 Djokovic currently sits on 17 and with his formidable record on hard courts, he will be tough to beat, despite being away from competitive action for five months due to the coronavirus pandemic.

And he says making history is one of his major goals in the final years of his career.

“It is strange, because these two guys are the legends of our sport and with or without crowds, they are going to be missed a lot,” Djokovic told the New York Times.

“One of the reasons why I keep on playing professional tennis on this level is because I want to reach more heights in the tennis world. 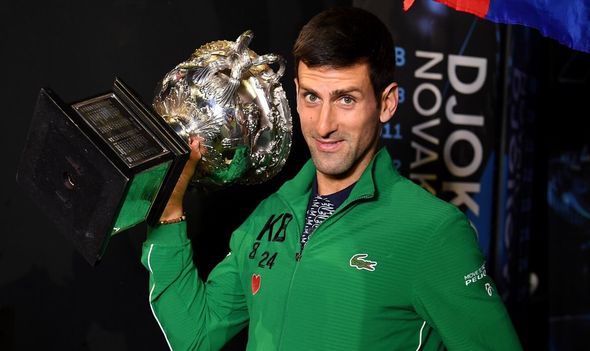 “I cannot say it’s the main reason why I’m here, but it’s one of the reasons.

“First of all, I have to think about myself and my health and my fitness and whether my team is OK to be here. Once that was checked, then I of course also felt responsible as a top player to be here. It’s important for our sport to keep going.”

Djokovic arrives in New York on the back of overcoming mild coronavirus symptoms after testing positive following the Adria Tour.

The 33-year-old was heavily criticised for his part in the exhibition which saw three other players, his coach Goran Ivanisevic and wife Jelena also contract the virus.

But he insists his intentions were always in the right place and said it felt like a witch hunt against him.

“We tried to do something with the right intentions,” Djokovic said.

“Yes, there were some steps that could have been done differently, of course, but am I going to be then forever blamed for doing a mistake?

“I mean, OK, if this is the way, fine, I’ll accept it, because that’s the only thing I can do. Whether it’s fair or not, you tell me, but I know that the intentions were right and correct, and if I had the chance to do the Adria Tour again, I would do it again.

“I don’t think I’ve done anything bad to be honest. I do feel sorry for people that were infected. Do I feel guilty for anybody that was infected from that point onward in Serbia, Croatia and the region? Of course not.

“It’s like a witch hunt, to be honest. How can you blame one individual for everything?”