Novak Djokovic comfortably dispatched of seasoned pro Kevin Anderson in the second round of Wimbledon in the latest statement of his intentions for 2021. The world No 1 has made no secret of his desire to hold all the records by the time he retires.

That retirement though still looks years away if his form at Wimbledon this year is anything to go by.

A rare blip in his opening-round match against British hopeful Jack Draper in the opening set was quickly amended with some scintilating tennis.

Anderson presented a different proposition altogether with the South African tennis star coming in with bags of experience.

But Djokovic showed all his class in taking down the two-time Grand Slam finalist. 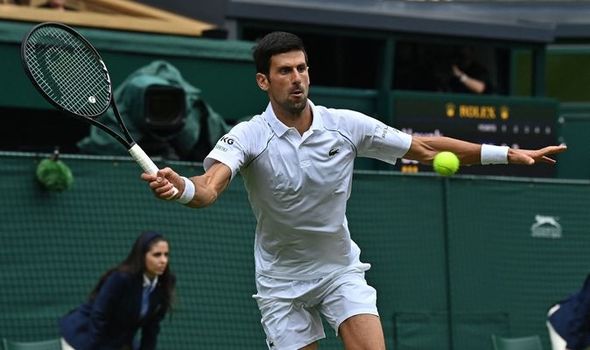 The Serbian tennis superstar has been unbeatable in Grand Slam tennis in 2021 so far, winning at the Australian Open and French Open.

He’s already spoken of his desire to win the ‘Golden Slam’ – winning all four majors and a singles gold medal at the Olympics in the same year.

Steffi Graf is the only player to achieve the ‘Golden Slam’ in the history of the sport with the German tennis icon to manage the feat in 1988.

McEnroe recently called Djokovic “brave” for trying to win the ‘Golden Slam’ at the ripe old age of 34.

“The fact that Nole talks about the Golden Slam makes us understand how brave he is and above all we are talking about a very confident tennis player,” he said.

“His biggest obstacle for me is to understand if the body of him holds.

“He is amazing, he looks phenomenal and he is halfway home from achieving his goal. It must be said that he won the most difficult Grand Slam for him and I know that he will go to Tokyo, so he too is hoping for the Golden Slam.

“I was very curious to understand if he had made this choice, at this point I think he also believes he can do the Golden Slam, something that shouldn’t even be mentioned.” 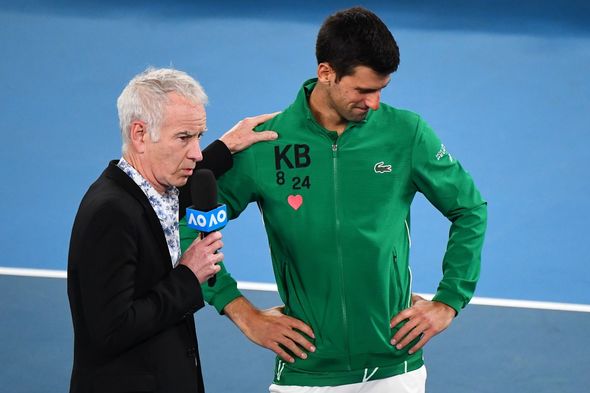