Novak Djokovic has returned to the tennis courts following his recovery from coronavirus.

The Serbian icon has been regaining health after returning a positive Covid-19 test in June, and is now stepping up his training.

Taking to the practice courts at his own Novak Tennis Centre in Belgrade, Djokovic was put through his paces. 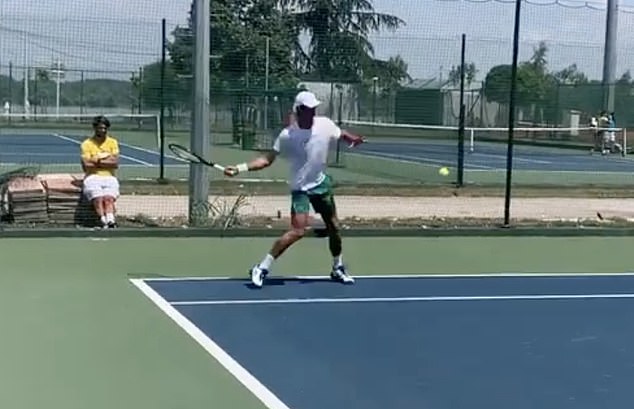 Novak Djokovic has returned to the tennis courts following his recovery from coronavirus. 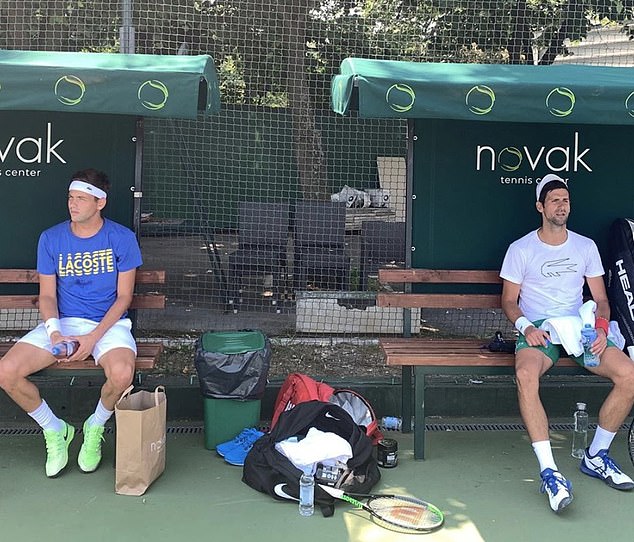 A post shared by Boris Bošnjaković (@boris_bosnjakovic_professional) on Jul 16, 2020 at 12:03pm PDT

A post shared by Boris Bošnjaković (@boris_bosnjakovic_professional) on Jul 16, 2020 at 12:03pm PDT

Uploading to social media, the head coach at the centre, Boris Bosnjakovic, shared photos and footage of the Serbian’s training session with his online followers.

Last month Djokovic had issued an apology for the conduct of his Adria Tour fiasco after becoming a victim himself by testing positive for coronavirus.

The world No 1, who organised the event, where social distancing was widely ignored, softened an earlier statement in which he had shown little remorse for what transpired. 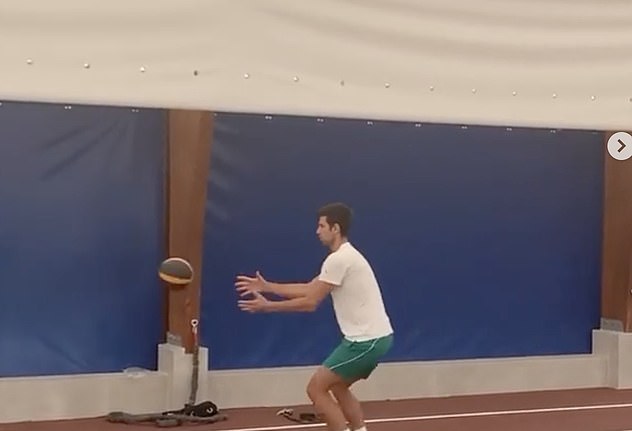 The world No 1 was put through his paces, working on both his tennis game and his strength 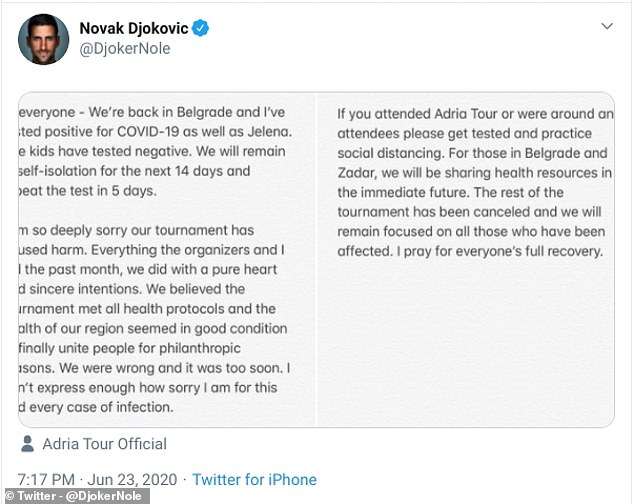 ‘I am so deeply sorry our tournament has caused harm,’ said Djokovic, who does not have symptoms. ‘Everything the organisers and I did the past month, we did with a pure heart and sincere intentions.

‘We were wrong and it was too soon. I can’t express how sorry I am for this and every case of infection.’

Among the images which emerged from the events in Serbia and Croatia were those of him and other players dancing half-naked together in a Belgrade nightclub.

Djokovic also confirmed that his wife Jelena had herself tested positive and said the pair would remain in self-isolation for the next 14 days which followed.

Inside the National Tennis Centre: How diligence and agility has driven elite tennis’ return