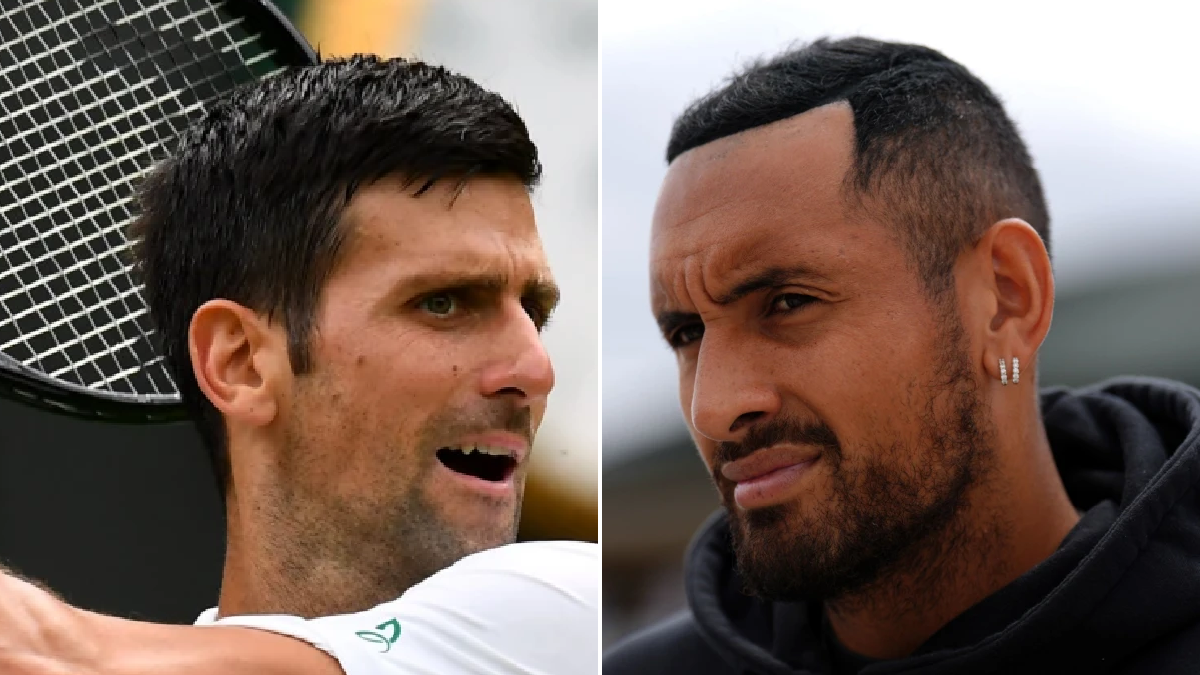 Wimbledon champion Novak Djokovic has sent a message to tennis rebel Nick Kyrgios ahead of the 2022 final.

Kyrgios’ place in the Championship match was confirmed on Thursday after Rafael Nadal was forced to withdraw from their semi-final due to an abdominal injury.

Top seed Djokovic, meanwhile, is looking to win his fourth straight Wimbledon title and seventh overall but must first overcome Great Britain’s No.1 Cameron Norrie in the last four to set up a final with Kyrgios.

It has been a controversial tournament for world No.40 Kyrgios despite the Australian going on his best-ever Grand Slam run and reaching his first major final.

He has been handed an assault charge for an alleged incident in December 2021 involving his ex-girlfriend Chiara Passari during the Championships and has also been involved in various disputes with umpires, line judges, fans and opponents.

However, he has received some support from the likes of Great Britain’s Emma Raducanu, his ex-girlfriend and fellow tennis star Ajla Tomljanovic as well as his brother Christos Kyrgios who took to social media to call out ‘haters and liars’.