Novak Djokovic underwent an emergency test for coronavirus on Sunday night after it was confirmed Grigor Dimitrov has contracted the lethal disease. Djokovic and his fellow Adria Tour competitors were rushed back to the official hotel following the cancellation of the final between the Serbian world No 1 and Andrey Rublev.

The Telegraph report the players were tested for coronavirus at their base in the Croatian city of Zadar.

The decision to cancel the final and then test Djokovic and co. came after Dimitrov, who has also featured on the Adria Tour, announced he had contracted COVID-19.

Dimitrov was beaten in just over an hour by Borna Coric on Saturday and subsequently withdrew from the event, which was dreamed up to reintroduce tennis to the Balkans.

The Bulgarian is the second ATP player to test positive for coronavirus after Thiago Seyboth Wild confirmed he has contracted it. 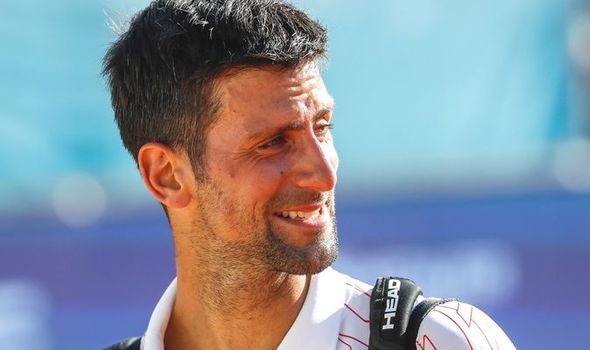 Djokovic, Dimitrov and their fellow Adria Tour competitors have received criticism for not following advice on social distancing.

However, Djokovic, who has been an outspoken critic of plans to introduce a COVID-19 vaccine, has hit back at the flak they have received.

“I know there have been some criticisms as well especially coming from the west: ‘why do we have a crowd? Why not having social distancing? What is going on and why are they having this kind of event in the midst of a very hard pandemic in the west?'” Djokovic told Eurosport‘s Tennis Legends vodcast.

“But, you know, it’s hard to explain to people that the situation is really, really different maybe in America or the UK than it is in Serbia or surrounding countries, and obviously from the day one of the organisation of the Adria Tour, [we have been] following the rules and the measures that have been regulated by obviously the government institution and the public health institution. 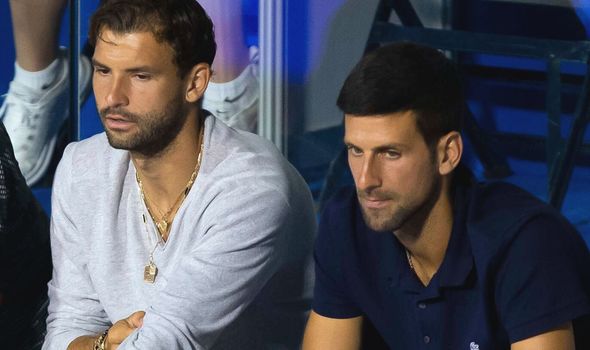 “We have never crossed those lines, so we always waited for them to give us a green light whether we could or could not have the crowd, and then we asked them once we could have, how much we could have, whether there was a social distancing or not. So we have been through all those processes and the result of it all is amazing.

“I’m extremely satisfied. I’m grateful to all the people that participated for the organisation in a very short time for this kind of event. You normally need three to six months, at least, to put everything together; we all did it in three to four weeks.

“So it’s a huge effort, a huge success, and I think it’s a positive image for the sport in general, for tennis.

“I think it is important that we move on to do whatever we possibly can to provide opportunities for players regionally, continentally, and hopefully soon intercontinentally to compete and earn money, to earn points, and to live out of this sport as they [the players] have through all their careers.

“We had to mobilise as many people as possible, trying to understand also the regulations and the measures that allow us to hold an event.”