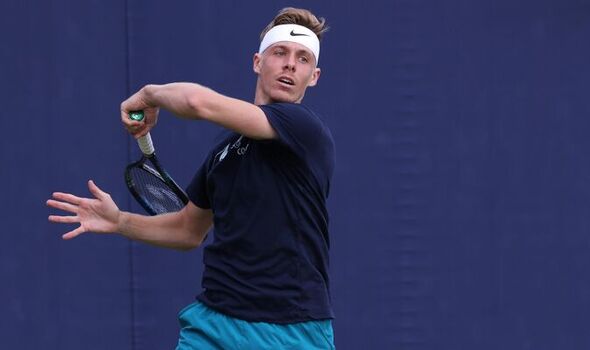 The Queen’s Club and the cinch Championships have issued a joint statement after their sixth seed Denis Shapovalov accused them of “discrimination”. The Canadian is out of the singles tournament at the club but slammed them for failing to let female players practise on their courts.

Shapovalov criticised the Queen’s Club on Friday when he tweeted: “Ironic that @TheQueensClub is named after a powerful, extraordinary woman yet is openly discriminating against professional female tennis players by not allowing them to train at the club when they need to prepare for @Wimbledon. Time to review this policy #tennis #genderequality”.

And both the tournament and the club itself were quick to respond to their sixth seed’s claim, issuing a joint statement later that evening. It read: “During the first five days of the tournament the courts on site are solely for the use of ATP members. There are numerous other grass courts in London available to professional players who wish to train on grass.”

Shapovalov is through to the doubles semi-final at Queen’s but crashed out of the singles tournament in his opening match. He has stayed on-site to continue playing doubles alongside Rohan Bopanna, while also training for Wimbledon.

The Queen’s Club itself is a private members’ club, with prospective members needing to apply via a proposer.

Once a year it also hosts the ATP 500 event in the lead-up to Wimbledon. As an ATP-only event, the players entered into the tournament are given the benefit of using the courts to practise during the first five days of the event, even if they have already lost.

Shapovalov lost his opening singles match to Tommy Paul in a clash that lasted two days after it was suspended at one set all for fading light. Play resumed the following day with the American winning 6-4 2-6 6-4.

But the world No 15 is enjoying success in the doubles alongside Bopanna, with the pair taking down former world No 1 duo Cabal and Farah en route to the semi-final.