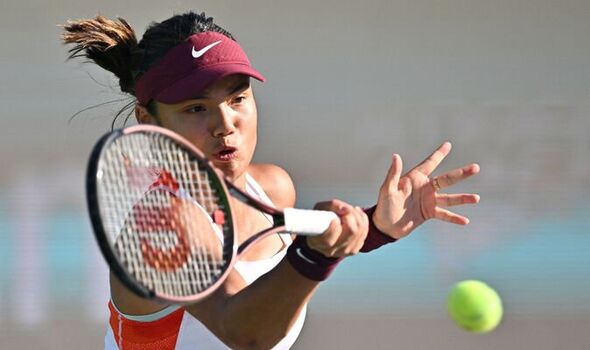 Emma Raducanu laid out her plans to stay in Korea for “as long as possible” as she set her sights on winning her first tournament since winning the US Open over a year ago. The 19-year-old survived a late fightback from Moyuka Uchijima to progress to the second round on Tuesday at the Korea Open in Seoul.

The British No 2 looked to be heading for an easy victory after going a set and a triple break up while leading 6-2, 5-0. On her first match point, she served up a double fault and ended up being broken, handing Uchijima a way back into the match.

Raducanu’s self-doubt began to creep in as the Japanese — ranked 126th in the world — won the next four games. But at the third time of asking on match point, Raducanu produced some ferocious serves and an ace for good measure to eventually seal it 6-2, 6-4 after an hour and a quarter on court.

She will face Belgium’s Yanina Wickmayer in the second round on Thursday and the teenager laid out her plans which include prolonging her stay in Korea after disappointing displays in the USA and Slovenia — losing to Alize Cornet and Anna-Lena Friedsam in recent weeks. 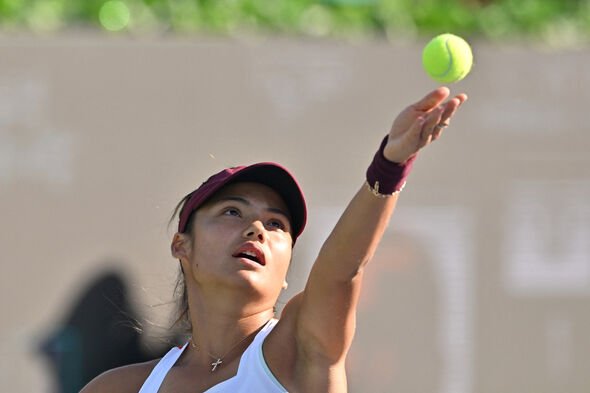 “My goal on the court is to keep trying to swing freer and freer in each match,” Raducanu said in a post-match interview. “And my other goal is to try and stay in Korea for as long as possible.

“Honestly, I love it so much here in Korea. I feel so at home here. Everything is so much better. It’s so clean, the food is unbelievable. I just want to spend as much time as I can in Korea as I can.”

Raducanu looked to be in complete control for the majority of her first-round encounter until her serve began to let her down towards the end of the match, while her first-serve percentage in first set was just 44 per cent.

However, the one-time Grand Slam champion chose to focus on how she responded after allowing Uchijima a chance to work her way back into the match and said her serves were a key factor in sealing the win.

“I think it was overall a pretty solid match until the end of the second set,” she added. “It’s tough when you haven’t been playing that many matches, you’re not as used to those situations.

“I’m really happy with the way I regrouped and held the serve on that last game because it was really important to win that game.

“I think I was just thinking of my first serve. Because I knew that if I got a good first serve it would help me a lot. I was trying to hit an ace and I did, I hit two. My serves helped me out a lot.”