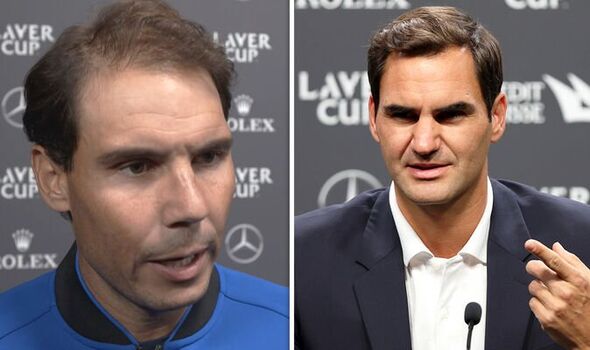 Rafael Nadal admits it will be “difficult” emotionally to ensure Roger Federer goes out with a bang on Friday. Nadal and Federer will team up at the Laver Cup and play doubles against American duo Jack Sock and Frances Tiafoe.

It will be the final match of the Swiss legend’s glittering career after he announced his retirement last week. Federer and Nadal have enjoyed one of the greatest rivalries in sport across almost two decades.

They will be on the same side in Federer’s final outing. But Nadal admits it will not be easy as he wants to make it as special as possible for his 41-year-old team-mate.

He told Eurosport: “Well, it will be a difficult match to handle, honestly. Let us see how the thing evolves, but I just hope to help in a small way to help make his last match even more special.

“I think it is going to be unforgettable, and I am just proud and happy to be next to him on this very special moment.” Nadal and Federer faced each other 40 times on the ATP Tour, with the Spaniard leading the way with 24 wins.

But despite their fierce rivalry on court, Nadal says he has always got on well with Federer since they first fought each other. He added: “We have always had a very easy and positive relationship since the beginning.

“I don’t know, but since the beginning, I think the feelings have been positive. They have even grown in a better way over the years.

“In some way, when you have a rivalry like we have had, we have played exhibitions for our foundations, we have shared important moments in the history of this sport. On court and off court we were together, on the council for a long time. 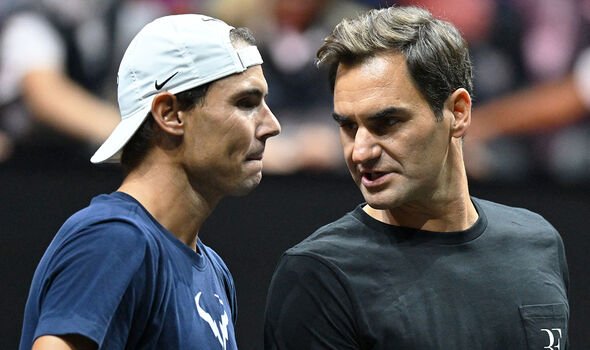 “It is a very sad moment, but that is how it is. That is life, and the only thing I wish him is the best. The best of the best with every single thing that he will do.

“He deserves it: health, family, success. Everything.”

What time does Wimbledon start today? TV channel and how to watch

Wimbledon 2021: All the action from the Ash Barty v Angelique Kerber semi final