Rafael Nadal could once again break the world record for the most amount of spectators at a tennis match, if his proposed appearance at the Bernabeu comes off. The Spaniard has reportedly agreed to take part in a match at the home of Real Madrid, once the renovation of their stadium has been completed.

Real have been playing their homes games this season at the Alfredo Di Stefano Stadium, which is a 6,000 capacity area usually used Real Madrid Castilla matches.

The £500million redevelopment of the Bernabeu is set to be completed in the summer of 2022.

There will be no capacity increase on the 81,000 seats that previously housed fans in the Spanish capital.

However, the upgrade in leisure and entertainment facilities will bring an added source of income to the La Liga giants.

One of those benefits will be a retractable pitch, which will allow for music concerts and in this case a tennis match. 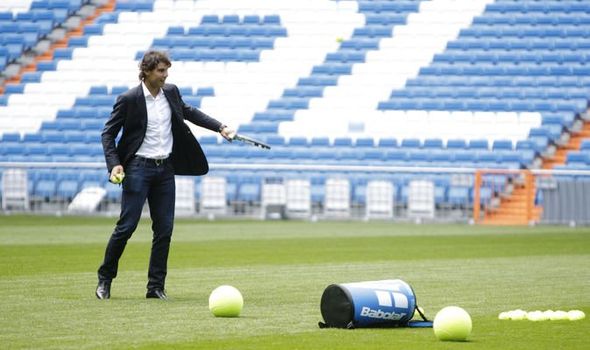 Defensa Central claims Nadal has given Real president Florentino Perez his word that he will play a match inside the ground once the construction has been completed.

The report adds that Perez dreams of pitting the 34-year-old against his long-term rival Roger Federer for the exhibition tie.

Nadal and Federer broke the world record for spectators at a tennis match when 51,954 turned out to see them in action 12 months ago in Cape Town, South Africa.

If at maximum capacity, the Bernabeu could hold almost 30,000 more fans, blowing the previous record out of the water.

Nadal’s links to Real Madrid run deep as he grew up a massive supporter of the club.

The 20-time Grand Slam winner was on course to become a professional football, just like his uncle Miguel Angel, before he turned his hand to tennis.

“My dad and all my family have always been Real Madrid fans,” Nadal told Corriere della Sera last year.

“When my uncle played for Barcelona, they obviously encouraged him. 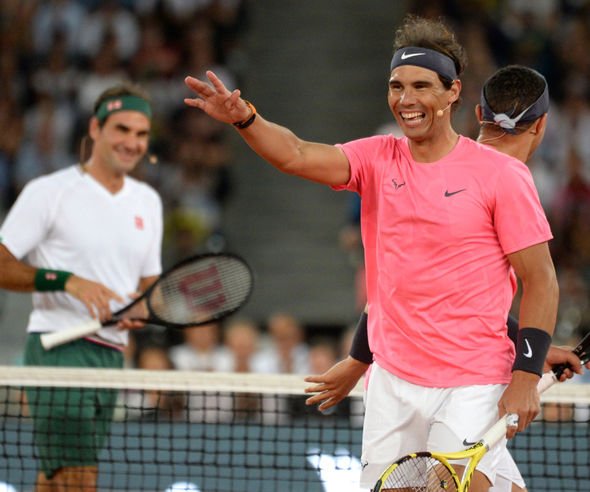 “Later he returned to Mallorca and since then we have been divided: some are still Barcelona fans, others Real Madrid.”

Defensa Central adds that Perez will try and convince world No 1 Novak Djokovic to take part in the event if Federer does not.