Rafael Nadal has revealed the forehand is his favourite shot to play on a tennis court. The Spaniard is set to compete in the ATP Finals later this month. And he’s been reflecting on his career so far ahead of the tournament.

Nadal will be aiming to win the ATP Finals for the first time, having gone without the prize during his nine previous attempts.

He reached the final in 2010, losing to long-term rival Roger Federer, and was beaten by Novak Djokovic when they locked horns in 2013.

Nadal will enter the competition in somewhat mixed form. He recently won the French Open to draw level with Federer on 20 Grand Slam titles but couldn’t end his wait for a maiden Paris Masters title.

And, speaking ahead of the ATP Finals, the Spaniard has revealed his favourite shot.

“I like the forehand. Not the serve even though I am serving better these days,” he explained.

“I honestly don’t have a favourite shot but if I have to say, then it’s the forehand because if I have an important point to play, it would be with the forehand.” 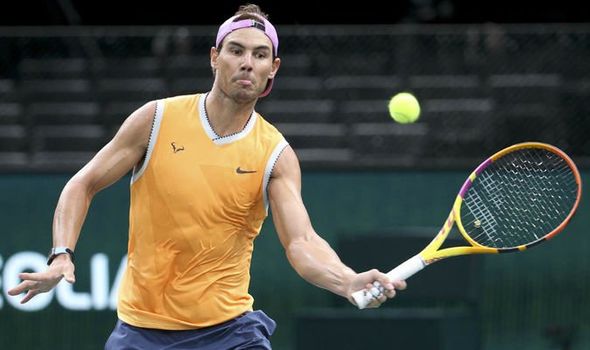 Nadal also opened up on his tennis dream, saying all he wants is to be able to play the sport he loves for many years.

“In terms of my tennis career, the dream is to just keep going and to make sure that I am happy to do it and that I am competitive,” said the serial-winner.

“So my goal is to just keep going.

“And in terms of life, there are plenty of things to come hopefully.

“Of course, I want to create a family. There are a lot of experiences to come after tennis I am sure, so I am excited about what’s going on.”

Nadal is still hungry for more success, too, adding: “Well, I love what I am doing. I don’t understand the sport any other way. 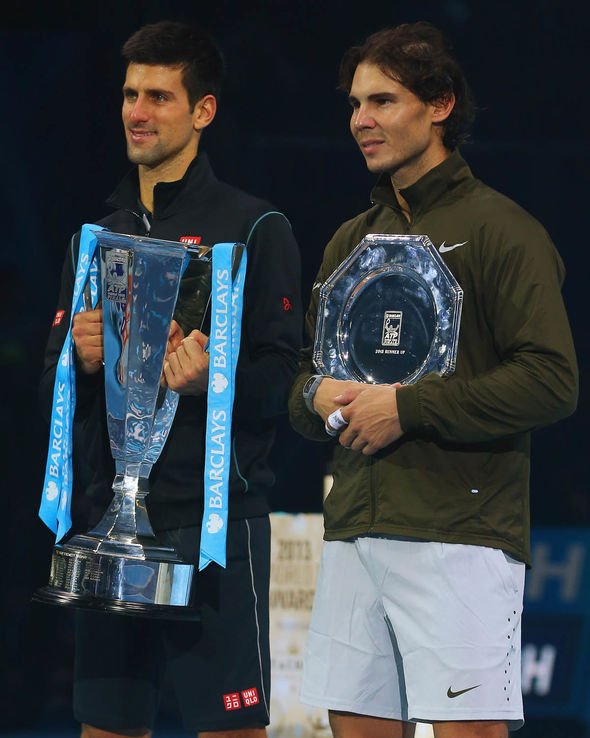 “I just try to give my best every single day to give myself chances in every match, to fight until the end.

“In our sport, if you are there, you will always have the chance to change the score.

“I don’t know if I do it better than everybody. I just try to do my best all the time.

“It’s my vision of the sport and it will stay that way until the end of my career. And if for some reason, some day, I don’t feel this passion, the fighting spirit, it will be the day to say goodbye and do something else.”

Nadal was recently beaten by Alexander Zverev at the Paris Masters but wasn’t overly disappointed by his failure to win the competition.

“I spent hours on court,” he said.

“Of course I wanted to win the tournament, but it’s always difficult.

“But I had the right attitude during the whole event, I think, fighting in every match.

“That gave me the chance to play four matches that I think that will be helpful for London.

“I need to adjust a couple of things, but I am doing well on all the important things.

“So let’s see. I have one week and a little bit more to keep working, and I hope be ready for it.”